Honor the Victims of Communism and Nazism On Black Ribbon Day 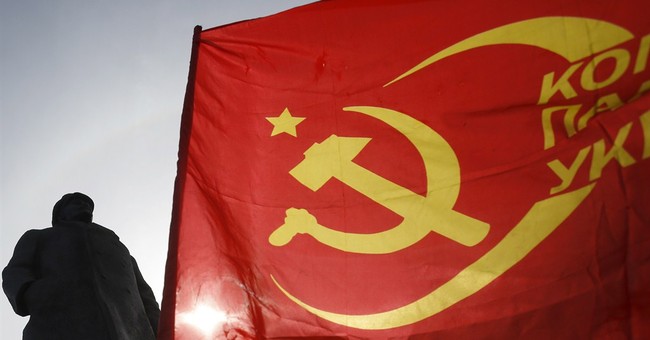 The Soviet Union may have collapsed, but its decades’ long reign of terror shall not be forgotten.

The 20th century was marked by intense tragedy due to the pernicious ideologies of National Socialism and global communism that killed over 100 million people. Millions suffered and died under the tyrannical rule of both Adolph Hitler in Nazi Germany and Joseph Stalin in the Soviet Union, respectively. While the former usually receives resounding condemnation, the latter – particularly the Soviet variant – is wholly ignored by many today. That is why it is imperative to celebrate Black Ribbon Day on August 23rd, a day that commemorates the lives lost under National Socialism and Soviet communism.

What is Black Ribbon Day, and what purpose does it serve?

Black Ribbon Day marks the anniversary of the Molotov-Ribbentrop Pact between the Soviet Union and Nazi Germany signed on August 23, 1939, on the pretext of “non-aggression” between these two evil regimes for a period of ten years. The Nazis invaded Poland on September 1, 1939; the start of World War II shortly followed. As a result, the Soviet Union occupied the Baltics (Estonia, Latvia, and Lithuania), parts of Finland and Poland, the Romanian province of Bessarabia (Moldova), northern Bukovina (Ukraine), and the former Czechoslovak territory of Carpathian Ruthenia (Ukraine). Tyranny then ensued.

As a result of this pact, millions of people were prominently displaced, oppressed, or killed. This rearrangement of occupation zones resulted in countless people being shipped off to labor camps (or gulags) to die, among many things. My late maternal grandfather was one of those people subjected to the horrors of imprisonment in one of Stalin’s s gulags, having survived an 18-month prison sentence at the Belomor Canal gulag near the Finnish-Russian border. There, he endured unspeakable horrors ranging from being torture to enduring near-freezing temperatures. He managed to survive solely because he was an able-bodied farmer and a deeply faithful Catholic. If it weren’t for his strong will, he would have died. Countless others weren’t as lucky as him to survive.

Fifty years after this horrible pact was sealed- on August 23, 1989- over two million people from the Baltics formed a human chain called the “Baltic Way” to protest the Soviet Union. It spanned roughly 600 kilometers, or 372 miles, from Estonia to Lithuania. Two and a half months later, the Berlin Wall fell.

Today, the European Union, Canada, and the United States commemorate Black Ribbon Day to honor the millions of lives lost under these two totalitarian regimes. A House resolution sponsored by Rep. John Shimkus (R-IL) honoring the victims of Stalinism and National Socialism was passed on May 21, 2014. It has yet to be passed in the U.S. Senate.

Black Ribbon Day demonstrates the importance of educating people about Soviet and Nazi crimes in the present day. While modern day Germany repudiates Hitler’s crimes, modern day Russia has yet to condemn Stalin’s crimes against humanity. Sadly, many individuals in media, academia, and government here are reluctant to condemn Soviet crimes, as well.

Despite efforts by historical revisionists to downplay these horrors, groups like the Victims of Communism Memorial Foundation and the Joint Baltic American National Committee (JBANC) are attempting to fill the void. The victims and survivors of totalitarianism, especially Soviet communism, deserve to have their stories told.