A Better Way to Nominate a Justice

Gabe Roth
|
Posted: May 05, 2016 12:01 AM
Share   Tweet
The opinions expressed by columnists are their own and do not necessarily represent the views of Townhall.com. 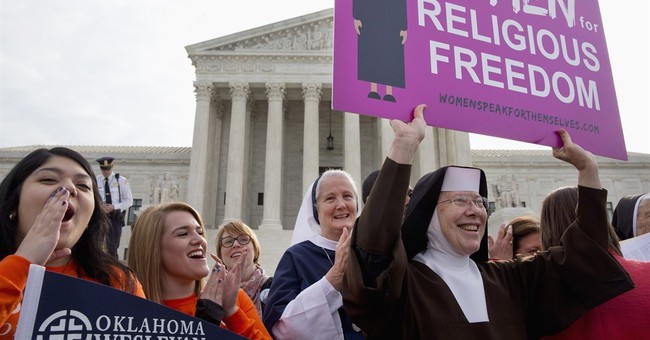 By now, readers of political press like yourselves are probably tired of hearing about Supreme Court nominee Merrick Garland – which is a bit odd, since the 63-year-old D.C. Circuit chief judge has spoken to the public all of once since his March 16 selection, and he’s not likely to win confirmation any time soon, if ever.

The reason why you keep hearing about Garland is that his nomination is being used by both parties as a political tool. If you live in a state in which a U.S. senator is in a tight reelection race this November, you’ve likely seen a barrage of TV ads from the left and right asking you to tell that senator either to “do his job” or “let the people decide” on who the next justice should be. If you live in Washington, you’ve seen members of both houses of Congress and the President go before news cameras time and again to deliver similar messages.

But the Supreme Court confirmation process does not have to be this way, rife with partisanship. The founders endeavored to make the third branch the apolitical branch, but over the past 230 years, and more acutely in the last 30, that demarcation has broken down. Sen. Chuck Grassley has blamed Chief Justice John Roberts for the increased politicization of the high court, and the Democrats have blamed conservative interest groups for pushing politically charged cases toward the justices.

I’ve even blamed the court itself for not comporting with 21st expectations of openness and accountability – a Nixon-era posture that only makes the public assume the worst of them.

Former U.S. solicitor general Ted Olsen wrotein the Wall Street Journal last week that there should be a truce between the parties to diminish the acrimony of the current Supreme Court nomination, and Republican politician Ken Blackwell responded in Townhall by saying a ceasefire on Garland would only benefit liberals (which is likely true).

I believe, instead, that it is important to take a longer view – after all, three of the remaining eight justices are 77 or older – and look at ways to improve the entire nomination process, since it’s far from ideal. While I’ve suggested in these pages that ending life tenure at the Supreme Court and instituting standardized, 18-year terms that would yield one vacancy every two years would be a good start, there is more to be done to ensure that the confirmation process is no longer a partisan endgame in and of itself.

The Judicial Nominating Commission of Georgia, for example, comprises 25 members across ideologies, all of whom are legal professionals. It is charged with publicizing judicial vacancies in all state courts, disseminating applications, interviewing candidates and then making recommendations to the governor.

Montana’s JNC, which also assesses candidates for state judgeships, comprises seven people who each serve four-year terms. Four lay (i.e., non-judicial, non-attorney) members are appointed by the governor, two are appointed by the state supreme court and one is elected by the district judges.

In fact, U.S. senators in 18 states already use some form of nominating commission or committee to evaluate candidates for federal court vacancies. Connecticut’s senators, for example, look at recommendations from a seven-member commission comprising five attorneys, an educator and a businessman.

While it would take some creative thinking to find the right mix of talent for a commission to recommend candidates for our nation’s highest court, instituting such a process would also take much of the partisan rancor out of nomination fights and ensure that only the most qualified jurists sit on the Supreme Court.

The Senate would still give “advice and consent,” but adding an extra layer of deliberation between potential nominees and the world’s greatest deliberative body would be a welcome relief – no matter which side of the current confirmation debate you find yourself on – that could return the third branch to its apolitical roots.