Justice Kagan’s Non-Recusal and the Lack of SCOTUS Scrutiny 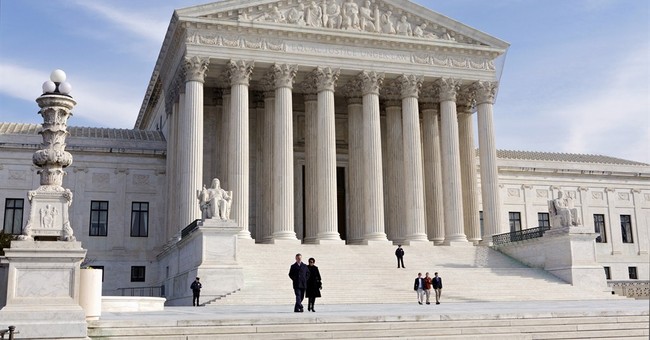 Today the Supreme Court will hear arguments in one of the most high-profile and contentious cases in years – King v. Burwell – which concerns subsidies under the Affordable Care Act.

The justices could potentially rewrite a portion of the law to ensure that Americans receive subsidies who, on a literal reading, appear not to be entitled to them. Alternatively, they could find in favor of the law’s opponents, cutting off the subsidies and striking a decisive blow that could cripple Obamacare.

While the ACA has been scrutinized ad nauseum here and elsewhere, what hasn’t received enough attention is whether one of the justices should even be participating in the case and how that underscores larger problems about lack of accountability at the court.

Justice Elena Kagan, formerly the U.S. solicitor general under President Obama, now serves in a position to cast the deciding vote on a major piece of legislation her Obama administration colleagues helped craft. While concerns over her apparent conflict of interests in ruling on the case received some coverage the first time Obamacare reached the high court in 2012, the public never received a definitive answer to the question of whether Kagan had a role in crafting a legal defense of the law. Performing such work would have triggered a recusal back then – and would again trigger one now.

The problem is that the law governing recusals put the onus on a justice him or herself to make the decision to sit out a case. “Any justice,” U.S. Code states, “shall disqualify himself in any proceeding in which his impartiality might reasonably be questioned,” including when he “has personal knowledge of disputed evidentiary facts concerning the proceeding.”

Based on the text of that law, it would seem that leading the Office of the Solicitor General at the time the Affordable Care Act was being written would constitute “personal knowledge of disputed evidentiary facts.”

While we may be too late in King, it’s clear that new rules should be put in place to prevent this situation from happening again. And it starts with the top: Chief Justice John Roberts should institute a rule that would establish a formal recusal reporting procedure, in which justices would submit the reason for their recusal – or, more pointedly, their reason why it’s ethical for them to hear a case in spite of a perceived conflict – to the court’s Public Information Office, which would then post the reason on the court’s website.

Further, the court should make it easier for attorneys and members of the public to file a request for recusal in any case, and the justices should be required to respond to those requests, or at least the most reasonable ones among them. (Try even finding such a form on the Supreme Court’s website.)

Barring an internal fix, Congress should introduce legislation – and while Kagan’s non-recusal has been the example thus far, this is clearly a non-partisan issue – that would require the justices to disclose their recusals and non-recusals as well as a process of review for those decisions.

While the court is supposedly far removed from politics, we know that’s not the full story. In reality, the court can pursue a political agenda and have extended the scope of their own authority beyond what the Framers intended. And while the independence of the judiciary is sacrosanct, an independent judiciary functions best when its officials are subject to the same level of public scrutiny and are held to the same ethical standards that members of the other branches face.

However today’s case goes – likely with all nine justices sitting on the bench – improving recusal standards is but one way in which to bolster the public’s waning confidence in the court and deliver a better, more accountable government for all American citizens.