The Universal Problem We Don’t Want to Admit 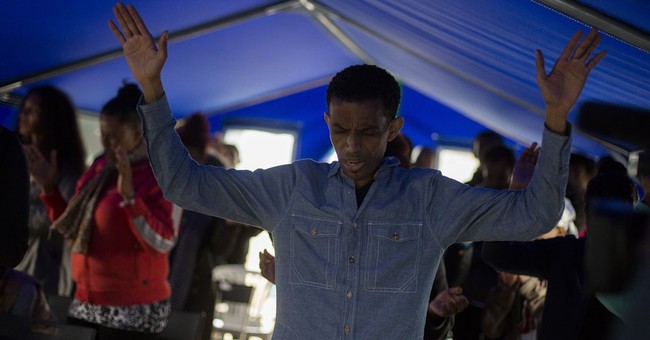 There will be no solutions unless we are honest about their underlying causes. Although we don’t want to admit it, the truth is that every one of those world problems can be traced back to a problem with the human heart.

No one knows that better than an honest cop. My friend Jim Wallace is a cold-case homicide detective in California. He’s been featured four times on Dateline for solving crimes that are decades old. He’s noticed that every crime he has ever solved can be traced back to one or more of these three motives: financial greed, relational lust, or the pursuit of power (money, sex and power). We want these things so much that we are willing to use immoral means to get them.

You might think that this doesn’t really apply to you. After all, you may be congratulating yourself because you haven’t committed any of the crimes listed at the top of this column.

“Well, not most of them anyway,” you say. “Who hasn’t lied or stolen something? But I’m better than most people!”

Maybe so. But your very act of self-justification proves the point—instead of admitting our faults, our natural inclination is to minimize them or cover them up while claiming moral superiority.

We don't want to admit this because it hurts our pride, which is also a heart issue. “Don't tell me I’m wrong! You’re offending me! You’re hurting my feelings!”

It’s no wonder free speech is under attack in the culture and on campus. To channel Jack Nicholson, we “can’t handle the truth” because the truth exposes the fact that we are not really as good as we claim we are. We can’t bear the fact that we are broken, narcissistic creatures who find it much easier and more natural to be selfish rather than selfless.

This affects even people who deny real right and wrong. For example, leading atheist Richard Dawkins has declared, “The universe we observe has precisely the properties we should expect if there is at the bottom, no design, no purpose, no evil and no good. Nothing but blind pitiless indifference. . . . DNA neither knows nor cares. DNA just is, and we dance to its music.”

But Dawkins doesn’t act like he actually believes that. He recently insisted that a woman has the right to choose an abortion and asserted that it would be “immoral” to give birth to a baby with Down syndrome. According to Dawkins, the “right to choose” is a good thing and giving birth to Down syndrome children is a bad thing.

Well, which is it? Is there really good and evil, or are we just moist robots dancing to the music of our DNA? If there is no objective morality, then there is no “right” to anything, whether it is abortion or the right to life.

And if there is no objective morality, then why does everyone, including atheists, try to justify their own immoral behavior? As C.S. Lewis observed, “If we do not believe in decent behavior, why should we be so anxious to make excuses for not having behaved decently? The truth is, we believe in decency so much—we feel the Rule or Law pressing on us so— that we cannot bear to face the fact that we are breaking it, and consequently we try to shift the responsibility.”

Ironically, when we try to shift the responsibility for our immoral actions, we often appeal to other moral principles to justify ourselves:

· I used my expense account for personal items because I work harder than what they pay me, and it’s unjust that my boss makes so much more than me.

· I ran off with my assistant because she really loves me, unlike my wife who doesn’t give me the attention I deserve.

· I don't have time for my kids because I’m too busy working hard to provide for their future.

· I had an abortion because it’s immoral to give birth to a Down syndrome child.

Even our excuses show that we really, deep down, believe in objective morality. We often deceive ourselves into believing that something immoral is really moral (like abortion), but, as Thomas Jefferson famously declared, certain universal moral truths are “self evident.” All rational people know this. Unfortunately, our tendency for moral self-deception is also universal. We know what’s right, but we make excuses for doing wrong by trying to appeal to what is right!

Where does all this leave us?

There is hope. Regardless of what you believe about the Bible, what can’t be denied is that the Bible nails the truth about human nature and our deceptive human hearts. The book of Genesis admits that “every intent of the thoughts of [mankind’s] heart was only evil continually.” Jeremiah wrote, “The heart is deceitful and wicked, who can know it?” Jesus declared, that people “love darkness rather than light.” And Paul observed that we “suppress the truth in unrighteousness” in order to continue in our sins.

But the Bible doesn’t just accurately state the problem; it also reveals the only possible solution. Because of our moral failings, God’s infinite love compelled Him to add humanity over his Deity and come to earth in the person of Jesus that first Christmas. The incarnation was necessary because an infinitely just Being cannot allow sin to go unpunished. Instead of punishing us, God found in Jesus an innocent human substitute to voluntarily take the punishment for us.

Our pride tells us that we can rescue ourselves, but we can’t. No matter how much we try to justify ourselves or pledge to do better in the future, we can’t escape the fact that we’re guilty for what we’ve already done.

So it’s important to ask this Christmas season, “Have you accepted the pardon Jesus came to offer you? And have you asked Him into your life to help heal your self-centered heart?” If not, why not? He’s the only true solution to the world’s evils and the heart problem that afflicts each one of us.