Are You Ready for Carbon Rationing? 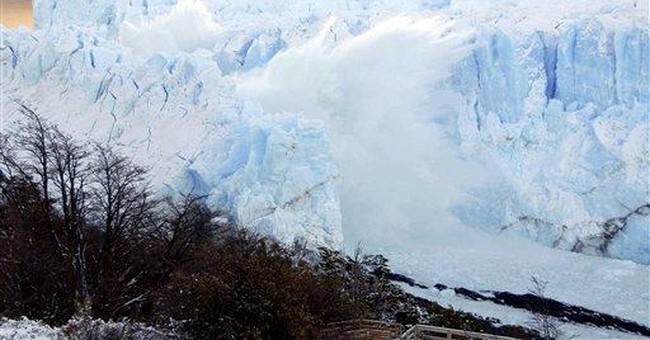 Frank Pastore interviews Cal Beisner of the Cornwall Alliance about rational and irrational policies aimed at helping the poor and the environment.

Pastore: I started driving in the early ’70s. I remember the gas lines. The odd and even days on your license plate determining when you can get gas and waiting 20 or 30 cars deep to put gas in my little, ugly Pinto, my first car. I can remember that. And then of course I read Winston Churchill and they were talking about the rationing during World War II that lasted, by the way, years after World War II—and it’s awful. You don’t want rationing. But yet in Britain, now, they are proposing this idea of having a carbon rationing card. You get this much, like a credit card and every year you get credited with so many carbon credits and then you spend these on gasoline, airline tickets, electricity, natural gas. And so you have got to make the decision—do I drive the car out to visit the kids or do I have my air conditioning at night so I’m not sweating bullets? Do we go to church on Sundays or do we—you know….

These are all big governments, central government types that are leading the environmental movements. Cal, this rationing thing scares me. How about you?

Beisner: It’s not by accident that rationism and fascism sound so much alike. Fascism is all about government control of people’s lives. It’s about centralizing everything. It’s about planning by government and that’s exactly what is going on when you’ve got rationing by government law rather than rationing by the market. When the market rations it uses prices to signal where goods and services are most needed and where they are most demanded by people—it responds to peoples own free choices.

Government rationing doesn’t do that at all. Government rationing decides in advance where the resources are going to go and then it says to people, “You get in line—you tow the line or you’re just out of it bud.” This is called fascism. It’s not politically correct to tell it that way, but that’s exactly what it is.

Pastore: Well the way they spin it in mainstream media, it’s corporations and the big polluters—big oil, big pharmacy, big auto—that are going to get nailed with this tax and rationing.

Pastore: I want to make sure people understand that we’re not talking about chemicals in the water, dirty air, throwing trash out the window when you’re driving….

Pastore: …there are policies out there that are nutty that don’t do anything to address the situation.

Beisner: One of the clearest examples that we’ve seen recently is the food riots that have started up around the world. The prices of basic staple foods, the various grains have more than doubled in a single year. Now for you and me, in a rich country, where we spend an average of about 15 percent of our annual budget on food, you bring up the price of food by say 10 percent or something like that—after ironing it out to all the other kinds of foods. That means we go from 15 percent of our budget to 16.5 percent.

But in very poor countries a lot of people spend 75 percent of their budgets on basic food stuffs. You double the price of those and you starve people. That’s exactly what happened. That’s the kind of short-sightedness that is behind so many of the policies being pushed to fight global warming. It came on basically because of the desire to try to turn corn into ethanol to reduce our CO2 emissions. Now, even that was short sighted because as it turns out, when you count all our CO2 that gets emitted in the process of planting and raising and harvesting and transporting and refining the corn, the burning it through your car—that puts just as much CO2 into the atmosphere as drilling for oil and refining that and burning that through your car.

Pastore: I read something about the percentage of man-created CO2 is minimal to the…

Pastore: But you get the idea that CO2 is this toxic chemical that you have to put a HazMat suit on to get around.

Beisner:  CO2 is most definitely not a toxic chemical.  CO2 is a chemical absolutely vital for life. If you didn’t have CO2 in your bloodstream you wouldn’t breathe because your autonomic nervous system responds to the level of CO2 in the bloodstream to cause you to breathe. So when that happens that’s when you take a breath. If you didn’t have enough CO2 you wouldn’t breathe. But plants have to have CO2 in order to grow. They take in  CO2. CO2 is for plants as oxygen is to us. They starve without it and the more CO2 you give them the better they grow. Which means CO2 is really a good thing.

Our planet has been basically starved for CO2 for the last several thousand years by comparison with the times when it was as its optimum when the earth was covered with lush vegetation.  CO2 is minimal now. We are just beginning to recover a little bit of that and the result of it is a great increase of plant growth around the world, a shrinking in deserts and an increase—most importantly—in agricultural crop yields which means more food and lower prices for food. So if we are pushing down CO2 we are pushing up the price of food. If we are pushing down CO2 by fighting the use of the cheapest energy sources—oil, coal, and natural gas—then we are also pushing up the prices of food that way as well. And that means we’re starving people.

Pastore: If you had say a hundred million dollars to invest in order to help the environment, help the world’s poor, how would you do it?

Beisner: Well, I don’t have to be the one to make that analysis myself because a group called the Copenhagen Consensus has done that repeatedly. Their most recent report came out just a couple of months ago. They said that if they had, actually they were asking if I had $70 billion, where would I put it? The number one place would be micro nutrient supplements for children—vitamin A and Zinc to fight malnutrition.

Beisner: Number two would be the Doha round of the World Free Trade Development Agenda. That is the expansion of free trade. Because free trade leads to economic development and that’s what the poor need more then anything else. And you know where global warming mitigation efforts fell?

Beisner: They’re terrible. They cost more than the benefits that can be projected coming from them. They are a total waste. Not only by themselves but more importantly also because they rob money from these other actions that would be more helpful. If you spent $250 billion trying to fight CO2 emission you can’t spend that same money on micronutrients supplements for children. As a result more children die….

This was not just a group of smart guys. This was eight world class economists. Five of whom are Noble Prize economists. Reading papers by scores of experts on the various different policy options looked at. Many, many, policy options—far more than 30—and they narrowed it down to 30 and global warming mitigation falls at the bottom.