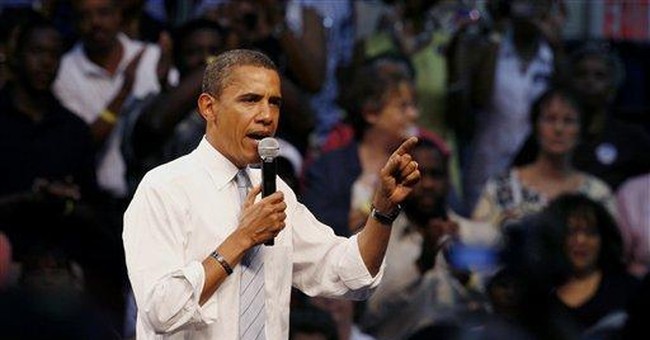 Addressing the Veterans of Foreign Wars Convention in Orlando, Barack Obama declared, "I will let no one question my love of this country."

Obama has felt the sting of recent attacks from conservative critics, and prominent Democrats have been pressuring him to hit back harder at John McCain.

Universal praise of John McCain's performance in their first joint appearance at Saddleback Church also has the Obama campaign on the defensive. But we believe the recent polls are tightening not because of Obama's failure to get tough. The race is tightening because Obama's worldview is coming into focus.

A worldview colors how a person sees situations; it reflects his approach to tackling difficult issues. Americans are starting to see the candidates' viewpoints, which are often diametrically opposed. There is a sharp contrast in the two men's philosophies, and their approach to answering questions is as different as night and day.

At the Saddleback Forum McCain spoke decisively, with clarity and confidence. On the other hand, Barack Obama waffled and vacillated.

Obama measured each word; trying to play it safe as if to make everyone listening happy. Either he doesn't know what he believes or Obama was trying too hard for approval. At times he rambled, speaking in abstractions rather than concretely as McCain did.

McCain told colorful stories, giving specific examples to make points. This helped to reach people by touching their hearts. One moving story he told concerned his time as a POW. One Christmas day, a guard drew a cross with his sandal on the dirt in the courtyard for McCain. "For a minute," he said, "there was just two Christians worshipping together. I'll never forget that moment."

We felt uncomfortable at one point when Obama described his wife Michelle belittling and berating him. Obama said any leader "needs somebody who can get in your face and say 'boy, you really screwed that one up. You really blew that.'" This made Obama seem weak and wimpy.

Especially telling was the question on evil. Obama said "we see evil all the time" and we need to confront it. However, taking the USA to task, he said, "[T]he one thing that I think is very important is for us to have some humility in how we approach the issue of confronting evil, because a lot of evil's been perpetrated based on the claim that we were trying to confront evil."

This lecture on the evil of America was unexpected, and we could hear echoes of Rev. Jeremiah Wright, Obama's friend, the terrorist William Ayres, and his communist mentor Frank Davis. Remarks such as these cause Americans to question his patriotism.

McCain, by contrast, adamantly pronounced we need to defeat evil and "if I have to follow him to the gates of hell, I will get bin Laden and bring him to justice." He identified radical Islamic extremism as an example of evil that must be defeated.

Obama became pessimistic and negative several times. For example, he said, "I feel like that [the] American dream is slipping away.our politics is broken and Washington is so broken"

Visions of Jimmy Carter sitting in his sweater talking at us came to mind when Obama began lecturing on energy. "[W]e are going to sacrifice," Obama explained, "and know that there will be a price to pay in transitioning to a more energy-efficient economy."

Leadership is what people want to see in a president but Obama projected timidity, indecision with a hint of elitism. McCain spoke succinctly with realistic optimism and faith in the American people, imparting the idea that we will conquer our problems here and abroad.

John McCain came off as the kind of leader who is willing to make tough decisions and knows what to do in a crisis. Obama's recent request that we not discuss his patriotism will be ignored if he doesn't start to project a more masculine image soon.