Erick Erickson
|
Posted: Jun 24, 2022 12:01 AM
Share   Tweet
The opinions expressed by columnists are their own and do not necessarily represent the views of Townhall.com. 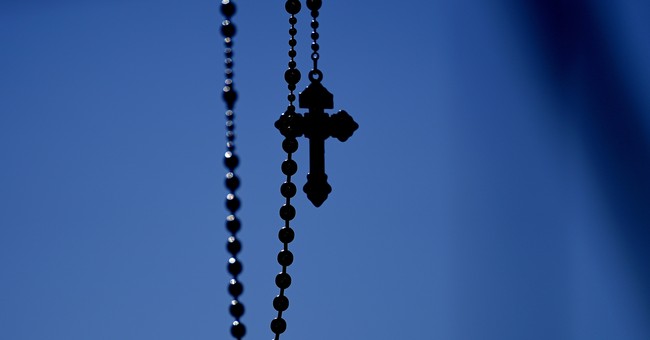 When our union first formed, many states had affiliations with various Christian denominations. There was no separation of church and state. Contrary to current dogma, while Jefferson wrote about a separation of church and state, it was always that the federal government could not advance or hinder religion, nor could the federal government pick between denominations.

At the state level, until the 20th century, states had close ties to churches. In 1875, after passage of the 14th Amendment, President Ulysses S. Grant advocated for a constitutional amendment that would fund free education but prohibit state funding of religious schools. Republican Rep. James G. Blaine of Maine proposed the amendment and it failed by four votes in the Senate.

Grant's support for the measure and Blaine's advocacy for the measure were explicitly premised on stopping Catholic education of immigrants in the United States, particularly the Irish. In the 19th century, instead of fretting about Hispanic immigrants, Americans fretted about the Irish.

What is notable is that the debate over Blaine's amendment clearly showed the legal scholars and politicians of the day thought government money could, in some way, go toward sectarian schools. Blaine's amendment read: "No State shall make any law respecting an establishment of religion, or prohibiting the free exercise thereof; and no money raised by taxation in any State for the support of public schools, or derived from any public fund therefor, nor any public lands devoted thereto, shall ever be under the control of any religious sect; nor shall any money so raised or lands so devoted be divided between religious sects or denominations."

Having failed at the federal level, Blaine took his anti-Catholic campaign to the states. All but 12 states adopted versions of his amendment to ensure Catholic schools could get no state benefits.

In the 20th century, riding the wave of anti-Catholic sentiment, the federal courts began positing that the federal government and states must be explicitly anti-religious. The First Amendment actually states that "Congress shall make no law respecting an establishment of religion, or prohibiting the free exercise thereof." The Supreme Court took the position that it meant any government funding that flowed at all, in any way, to churches was establishing a religion.

By swinging in that direction, the Court created a hostility to religion. It became legal dogma that the government discriminating against religious people and religious institutions was not, in fact, discrimination. It became accepted that government could give preferential treatment to the atheist who, by faith, believes there is no God, but could never give anything at all to those who, by faith, believe in God.

In the 21st century, the Supreme Court has finally corrected the imbalance. In Trinity Lutheran Church of Columbia, Inc. v. Comer, Missouri offered grants to institutions that maintained playgrounds in order to resurface those playgrounds. Playgrounds of private schools could get the grants, unless the private school was religious. The Supreme Court ruled that discriminated against religion. It set apart the religious for disparate treatment, not equal treatment.

Now, in Carson v. Makin, just the other day, the Supreme Court went one more step in correcting its anti-religious imbalance. In that case, Blaine's home state of Maine reimbursed parents in rural parts of Maine the cost of private education if there were no public schools available at a reasonable distance. But Maine refused to reimburse parents who sent their children to sectarian schools. The Court has again ruled the government must not discriminate between the secular and sectarian.

Repudiating James Blaine's anti-Catholic bigotry and the anti-religious bigotry in American jurisprudence is timely and necessary. The government is not establishing a religion. It is, instead, now putting the religious on equal footing with the atheist in the town square.