Erick Erickson
|
Posted: Mar 12, 2021 12:01 AM
Share   Tweet
The opinions expressed by columnists are their own and do not necessarily represent the views of Townhall.com. 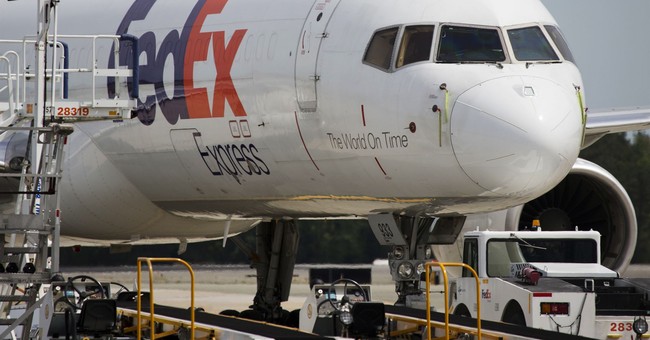 In the fall of 1517, theologian Martin Luther began the Protestant Reformation in part based on his critique of indulgences offered by the Catholic Church. At the time, a friar named Johann Tetzel had been encouraging the faithful to buy indulgences, which entitled the purchaser to forgiveness for sins. Tetzel had been selling the indulgences to raise money to build St. Peter's Basilica.

On Oct. 31, 1517, in the formal tradition of proposing a debate, Luther nailed to the door of the cathedral in Wittenberg, Germany, his now-famous 95 theses. The act slowly began the Reformation. "Why does not the pope, whose wealth today is greater than the wealth of the richest Crassus, build the basilica of St. Peter with his own money rather than with the money of poor believers?" Luther asked in the 86th thesis.

The Catholic Church continued the practice, and Luther oversaw the rise of Protestantism and a clear division in faith teachings and practices. Fast-forward to the 20th century and the newest religion on the scene has picked up the practice of offering indulgences.

Secularism is, in fact, a religion. It has sacraments such as support for abortion rights. It has tithing in which secular adherents give money to various political and social causes. It has liturgies in the new speak of wokeness. It has theological tracts and church services as rally and protest and Episcopal Mass. It has even spurred the rise of terrorist zealots and the new censorious social justice warriors I have taken to calling Woke-O Haram.

Secularism has various denominations. The Rev. Jesse Jackson and The Rev. Al Sharpton, both purported religious pastors who have embraced secular causes, were famous in the 1980s and 1990s for pressuring corporate America to pay indulgences to their various social justice causes, most often aligned with race issues. If a corporation did not pay, it could expect calls for boycotts and protest from the secular religious adherents.

In secularism, there is no concept of grace, which remains a uniquely Christian concept of giving people that which they do not deserve. Likewise, secularism's eschatology, or study of the end times, tends to be bleak. You die; the worms eat your body; and Simba sings about the circle of life until the sun explodes, everything incinerates and the universe goes dark.

The environmentalist denomination of secularism is one of the most militant. It has both the most violent terrorists and the bleakest eschatology. In it, the world is going to end as the planet heats up due to mankind's behavior. Salvation is found by abandoning fossil fuels and rejecting many of the pleasures of life. Unfortunately, there is no escape from damnation, even for the saved, so long as the lost are still allowed to pollute. The only way for the environmentalist to save himself is to get rid of the polluters.

There is, however, one exception. Environmentalists have embraced indulgences, relabeled in some cases as "carbon offsets." FedEx is the latest polluter to discover a path away from the woke mob is to pay up.

On March 3, 2020, FedEx unveiled its plan to become carbon neutral. FedEx, however, has a problem. It has a fleet of 679 fossil fuel-burning aircrafts, and carbon efficiency in aviation is a pipe dream. FedEx's fleet generates roughly the same carbon emissions as three coal power plants. FedEx will get around the problem of jets through an indulgence.

The company will fork over $100 million to Yale University to fund a climate research facility it will call the Yale Center for Natural Carbon Capture. It will pay salaries to priests of the environmental religion. Their theological studies will center around creating new ways to employ even more environmentalists and find ways to "offset greenhouse gas emissions equivalent to current airline emissions," according to their press release.

FedEx, of course, has the money to buy the indulgence. The carbon-emitting family down the street does not. Therefore, they must be deprived of vehicles of reasonable size, plastics, cheap lightbulbs, etc. Their costs will go up. The wokes will sleep well at night while the poor, yet again, suffer the heaviest burdens of secularism.