Erick Erickson  |  Jul 03, 2020
The opinions expressed by columnists are their own and do not necessarily represent the views of Townhall.com.
Top Columns
Trending on Townhall Media 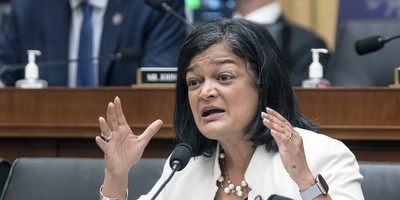 Believe it or not, John Roberts handed conservatives two big wins at the Supreme Court last week, just not the win they wanted. Roberts gutted the Consumer Financial Protection Board and beefed up the argument for the unitary executive. Roberts, in effect, expanded the power of presidents to exercise control over appointees of independent executive branch agencies. The long-term ramifications are significant and structural. He also led the Court in striking down a Montana Supreme Court decision that barred religious schools in Montana from taking advantage of public tax dollars for tuition payments. Nonreligious private schools could participate, but religious ones could not. This is a big religious liberty win.

But Roberts also sided with the Court's liberals to strike down an abortion case in Louisiana. He would concur not in their reasoning but in their judgment. Roberts took a position based on stare decisis and essentially argued that legislatures putting unnecessary obstacles in the way of exercising rights must be restrained by courts. We will see him pull that language back out in a Biden presidency when the Democrats want to curtail the Second Amendment.

To understand Roberts, understand his handling of the "Obamacare" case. In that case, leading up to the 2012 election, Roberts upheld the Affordable Care Act on grounds no other justice on the Court agreed with but used reasoning that would make it easy for a President Mitt Romney to sabotage the Affordable Care Act. He chose to be the ultimate unaccountable politician by doing so in a way that took the Supreme Court out of the fighting.

Roberts, as chief justice, is more about protecting his turf than preserving an ideology. If you understand that Roberts views his role as restraining the prevailing powers, his jurisprudence makes more sense.

Fast forward to the Deferred Action for Childhood Arrivals program, and again Roberts wrote the decision. He again said what Trump wanted was fine, but Trump failed to adhere to the roadmap Roberts had set out, so Trump's rule had to go.

Now, with the abortion decision, Roberts gives the left their win against Trump on abortion, the biggest issue of the day. It sucks some of the energy away from those who would want to pack the courts and demonstrates the independence of the federal judiciary. In other words, Roberts has played politics to insulate the judiciary from conservatives who claim they own it and progressives who want to pack the Supreme Court.

The troubling thing here is not that Roberts is not a conservative or that he is a liberal. It is that he views his role as restraining Trump. He will do that with Joe Biden as well. He did that in the Obama administration. Even when giving Barack Obama wins, like with "Obamacare," Roberts was signaling paths forward for conservatives electorally.

Roberts is playing politics to protect his institution. He can keep this up for years. In doing so, while trying to restrain the other branches and preserve his own, he is muddying jurisprudence. Because of John Roberts, abortion jurisprudence in America is extremely convoluted.

Because the right has been so aggressive in stockpiling conservatives on the courts, Roberts felt he needed to side with the left to take the Supreme Court off the table in the election. If Biden wins, the conservative legal advancement will start up again with Roberts delivering wins for the right. As long as Trump is there, however, Roberts sees his job as restraint.

Going back to the Affordable Care Act case, Roberts' message to the right seems clear: Don't expect big wins in courts if you don't want to try big wins in Congress. I'm not sure why John Roberts should be the pro-life warrior Republicans expect him to be while a Republican Congress long ago gave up trying to defund Planned Parenthood.