The Authenticity of the Virgin Birth

Erick Erickson
|
Posted: Dec 14, 2018 12:01 AM
Share   Tweet
The opinions expressed by columnists are their own and do not necessarily represent the views of Townhall.com. 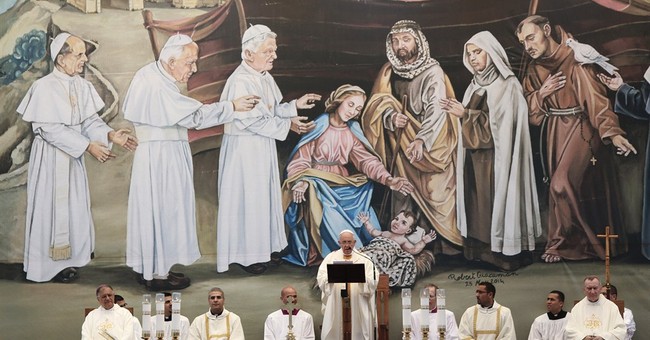 F. F. Bruce is one of those scholars I have had to spend a lot of time reading in seminary. He researched and wrote some of the best material on the history of the Bible and its accuracy. In studying the ancient texts that we have, Bruce has noted that there are only around nine or 10 manuscripts of Caesar's Gallic War, which was composed between 58 and 50 B.C. The oldest manuscript we have originates from 900 years later.

Bruce writes: "The History of Thucydides (c. 460-400 BC) is known to us from eight (manuscripts), the earliest belonging to circa A.D. 900, and a few papyrus scraps, belonging to about the beginning of the Christian era. The same is true of the History of Herodotus (c. 488-428 BC). Yet no classical scholar would listen to an argument that the authenticity of Herodotus or Thucydides is in doubt because the earliest (manuscripts) of their works which are of any use to us are over 1,300 years later than the originals."

Take, as well, something like Homer's Iliad, which people passed to one other over the centuries by oration, until it was finally written down. Until the 19th century, most people presumed Troy a myth. Then, archeologists found it. The "rage of Achilles" was probably true. In the centuries before the printing press -- even before monks and script -- people preserved their histories through accurate recitation over generations. Apply this all to scripture.

Regarding the Old Testament, it is perhaps the most accurately reproduced ancient text in the entire world. Scribes took great care, because they were writing God's word. We know the accuracy of the text has been beyond reproach for at least 2,500 years. The discovery of the Dead Sea scrolls confirms this.

Regarding the New Testament, we possess enough of the writings of early church leaders who wrote within about 100 years of Christ's resurrection to be able to reproduce the gospels and letters of Paul and John. There are over 20,000 handwritten manuscripts of the New Testament from the first few centuries of Christianity, written in Coptic, Greek, Latin, Syriac and other languages. There are 5,700 New Testament Greek manuscripts known to exist, and some of those were written within about 100 years of Christ's resurrection.

We do not, to our knowledge, have the original New Testament texts as actually written by Luke, Paul, John and others. But we have the copies of them from very close in time to the originals. The scribes of the New Testament -- sometimes working at a furious rate to outpace Roman soldiers -- made occasional errors. But those errors were mostly in grammar and punctuation, not errors of substance.

One of those essential Christian beliefs is the virgin birth of Jesus Christ. It is as foundational a belief to the Christian faith as the resurrection. In fact, I suspect the very people who doubt the miracle of the virgin birth also doubt the resurrection. I believe both are true. We celebrate Christ's birth this Christmas season in communion with more than 2 billion other Christians globally who accept the virgin birth as true. "For unto us a Child is born, Unto us a Son is given; And the government will be upon His shoulder. And His name will be called Wonderful, Counselor, Mighty God, Everlasting Father, Prince of Peace."