When Disagreement is Evil

Erick Erickson
|
Posted: Nov 03, 2017 12:01 AM
Share   Tweet
The opinions expressed by columnists are their own and do not necessarily represent the views of Townhall.com. 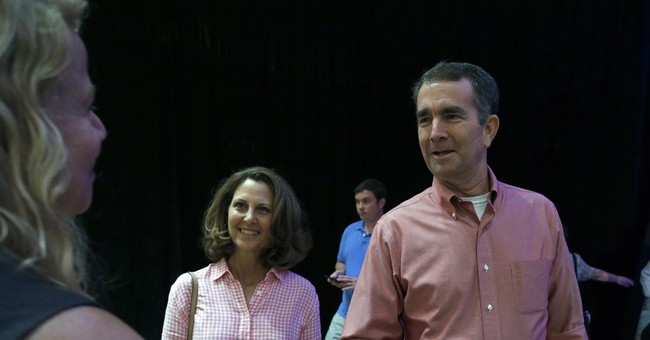 I am continually struck by a question a friend on Twitter asked on that website. I come back to it every once in a while as news and events go in certain directions. He asked a simple question. He just wanted to know how many political reporters know anyone who owns a pickup truck.

It seems like a rather mundane question. After all, the top three best-selling vehicles in America are the Ford F-150, the Chevy Silverado and the Dodge Ram. All three are trucks. Very few political reporters gave a number. Most actually raged that it was an unfair question or they dared to pull the "how dare you" card suggesting their questioner dared to suggest they were out of touch. Their reaction proved just how out of touch they are.

Many members of the political press are very liberal. Increasingly, in fact, leftwing blogs and commentary sites serve as a training ground for political reporters. Reporters float in and out of progressive institutions gaining the veneer of objectivity, but they never are. And with their increasingly strident progressivism fueled by being in a progressive hive where they know not a soul driving one of the top three best-selling vehicles in America, it becomes easier and easier to portray conservatives as not wrong, but evil.

Consider the gubernatorial election in Virginia. Just last week, a Democratic member of the Virginia legislature was caught on tape calling Republicans "evil." The crowd cheered. Concurrently, Democrats were running an ad not against Ed Gillespie, the Republicans' gubernatorial nominee, but against his voters.

The ad featured a man in a Ford truck with a "Don't Tread on Me" Gadsden flag license plate on the front. At the rear of the truck was a Confederate battle flag and a Gillespie for Governor bumper sticker. The man driving the truck was trying to run over Muslim, Hispanic, and black children. It was how Democrats see not just Gillespie voters, but Trump voters.

The ad stands in stark contrast to the real world. There, where evil goes by the name "radical Islam" and not "Republican," a Muslim man killed eight people driving up a pedestrian walkway in New York City. The contrast between the fever dreams of the Democrats and reality could not be more striking. In Democrat rhetoric and dreams, Republicans in general and Trump voters in particular are the racist, evil monsters who run over Muslim children. In reality, a Muslim terrorist ran over a diverse group of people in New York City.

The reaction of the press corps who knows not a truck driver was predictable and swift after the New York City attack happened. They openly worried about a backlash against Muslims. Then they congratulated themselves for noting that the white guy in Las Vegas had a bump stock, which Congress has yet to ban. But, they noted, at least the New York terrorist had no guns. Of course, had Congress banned the bump stock the American citizen in Las Vegas would still have had a constitutional right to guns. But had Democrats not created the diversity visa program, there would have been no terrorist running over people in New York City. That is the reality they choose to ignore.

In their mostly large cities, progressives and the press have isolated themselves from others. It is far easier for a progressive to avoid daily contact with a conservative than it is for a conservative to avoid progressives. It is also far more likely that a Republican will encounter more diverse voices in his party than a Democrat will. Democrats have made pro-life and traditional marriage supporters unwelcome in their party. Republicans have both pro-abortion and pro-gay marriage supporters among them.

Democrats talk a great game on tolerance and diversity, but they increasingly view anyone who thinks differently from them as evil. They can do so only because they have chosen the superficial diversity of color and gender over the more complex diversity of thought.