All the Rage These Days 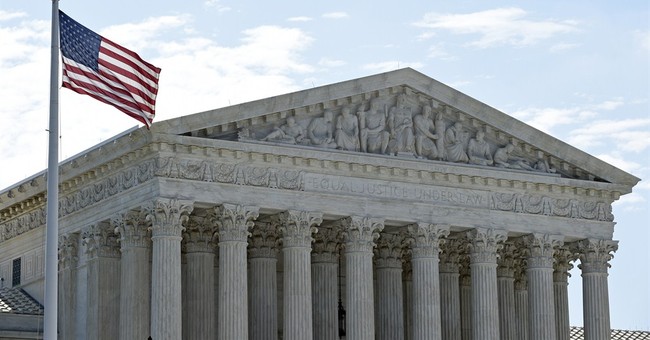 Trending
If you have not realized it, outrage is about the only tool left in the Democrats' political arsenal. After years of the left telling Americans there is nothing beyond this world, there is no higher and best use of one's soul because it does not exist, and the worms will start eating us the day after we die, Americans are rather tapped out of caring about much of anything.

So rage it is, and the latest rage is about the Confederate battle flag. To hear commentary in popular culture, one might be forgiven for thinking the Confederate battle flag shot and killed nine people in Charleston, S.C. Instead, that would be Dylann Roof, who, in irony of ironies, burned the American flag like racial injustice protesters in Colorado did the other day, all of them in opposition to what they see as an oppressive nation for different reasons.

But the flag is not really the issue. Culturally, it is the American left's constant agitation against the traditional American way of life. They do not like it. The idea of an American melting pot, which was a common idea just two decades ago, has been replaced by an American salad bowl. The difference is that in the melting pot, all of the cultures blend together into something unique and specially American. In a salad bowl, everything is piled together, but each piece remains unique and distinct.

Consider the University of California system, whose administrators held workshops for its professors with a handout titled "Recognizing Microaggressions and the Messages They Send." The professors were discouraged from using the phrase "melting pot" or saying things like "America is the land of opportunity" or "Everyone can succeed in this society if they work hard enough." Very American concepts are now considered aggression.

In 1984, Ronald Reagan's United Nations ambassador, Jeane Kirkpatrick, addressed the Republican National Convention. She referred to the Democrats as "San Francisco Democrats," which was where the Democrats had their convention that year. In her speech, she said, "They always blame America first." They still do.

President Obama went on a world apology tour apologizing for the United States. He rejects the idea that the U.S. is unique in the world. He thinks every other country feels the same way. Kirkpatrick, in her speech, quoted the French writer Jean Francois Revel, who wrote, "Clearly, a civilization that feels guilty for everything it is and does will lack the energy and conviction to defend itself."

That is the end game for the American left, and once there, they can establish their utopia, which will not be one, but good luck pointing that out. Dissent, after all, is only patriotic when Republicans control the White House. What started with the Confederate flag is only going to feed on drummed up outrage to spread eventually to the American flag, and then to our culture itself.

The Democrats are OK with this because their base feeds on outrage. Consider how angry the left was from 2009 to 2011. They had won the White House and both Houses of Congress, but still they were angry and ready to scream about the slightest offense. In 2012, it morphed into the faux outrage over birth control and contraception. That morphed into a war on women.

Outrage has become their preferred political tactic, and it is a necessary one for them. Hillary Clinton, soon to be their nominee, is not loved by the Democratic base. In fact, the Democratic base no longer exists. It is Obama's base, and it only turns out for him. The nation saw that in 2010 and 2014.

Clinton has to harness the outrage to build her own base. She has to use the Confederate flag to convince black voters she will stick up for them. But the American public is tired, cynical and burning out quickly on outrage. The more shrill Clinton and the Democrats get the less incentive anyone has to vote for her. The politics of outrage has a tendency to burn itself out and turn against its peddlers like Robespierre in France and American university professors today.