Yes and But In the Wrong Order 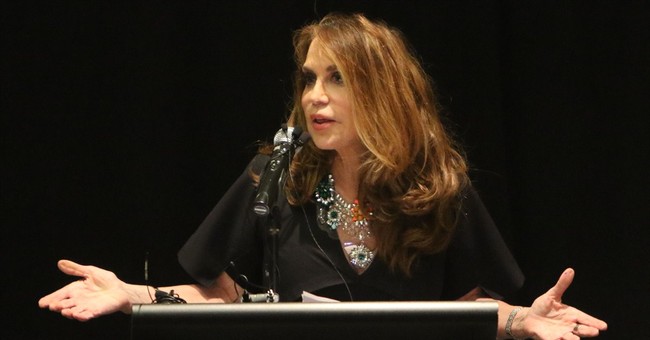 Last week in Garland, Texas, a lady named Pamela Geller sponsored an event about Islam, a component of which included drawing cartoons of the Prophet Mohammed. While Muslims in prior centuries painted Mohammed and some Muslims still think it is OK to draw Mohammed, most Muslims around the world condemn the drawing of any image purporting to be the likeness of Mohammed.

Though not technically the winner, by wide acclimation the winning drawing was the chalk outlines that stood in for the bodies of the two Islamic terrorists who tried to shoot up the place. ISIS did come to Texas, but they could not take it. A security guard was wounded, but the bad guys died. A side benefit of Pamela Geller's event is that two would-be jihadists, who no doubt would have tried to kill many more people later, met their deaths without taking a single life last week.

More specifically, when Catholics protested a satanic black mass in Massachusetts, the Boston Globe's editorialists wrote that the Catholics just needed to get over it and not let themselves be trolled. When Rudy Giuliani attempted to shut down an art exhibit of the Virgin Mary painted in dung, the New York Times extolled the virtues of free speech and creativity. Now, while advertising tickets to the "Book of Mormon" play, the New York Times is running editorials attacking Pamela Geller and demanding respect for Islam.

CNN's Chris Cuomo, who never misses an opportunity to show how dumb he is, took to Twitter to claim "hate speech" has no protections under the First Amendment. Cuomo, in addition to being Mario Cuomo's son, which is his chief and only real claim to advancement in society, is a lawyer. Luckily for America, the United States Supreme Court disagrees with Cuomo.

In 1992, the Court held that burning a cross in a black family's yard could be prosecuted, but not as hate speech because, unlike what Cuomo claimed, hate speech is still speech and therefore protected under the first amendment. In 2011, the Court held that the Westboro Baptist Church could protest military funerals. Again, they may be offensive, but their speech is protected.

To the American media, burning a cross in a black family's yard is free speech; protesting a military funeral is free speech; but saying homosexuality is a sin in the Bible should force re-education, and drawing Mohammed should get you thrown in jail. In other words, the media has grown to the point of only backing the speech the left agrees with.

The "yes, we support free speech, but Pamela Geller is a terrible person" arguments of the press get the "yes" and the "but" reversed. The press may think Pamela Geller is a terrible human being. You may very well think that she was needlessly provocative. But, and this is where the "but" should be, we have freedom of speech in this country, and we should not curtail it because one small group cannot handle it.

Pamela Geller may not be the face the right wants to put forward on this issue, but she has every right to exercise her first amendment rights. A drawing is not an inducement to fight. It is a drawing. Were it of Jesus being sexually abused, the media attacking Geller would demand we put it in a museum. The American media really does not care about Pamela Geller. Rather, the media voices denouncing her are moral cowards scared they might be next.