Tolerate or Be Stamped Out 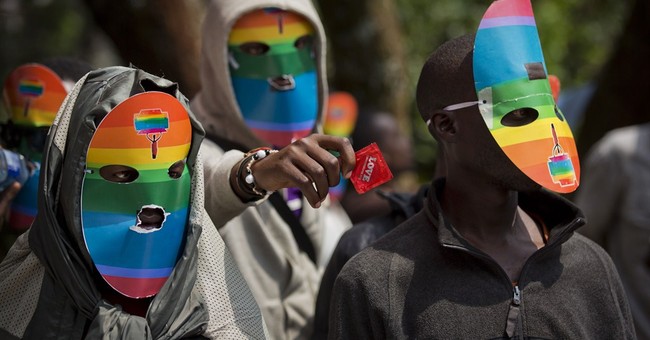 "Anti-LGBT attitudes are terrible for people in all sorts of communities. They linger and oppress, and we need to stamp them out, ruthlessly," tweeted Josh Barro, a writer for the New York Times. In subsequent tweets he made clear that those who believe in traditional marriage are not worthy of respect or civility and, most alarmingly, that the government has the power to redefine words such as marriage.

In Houston, Texas, ironies upon ironies abound in an anonymous group publishing the names and addresses of citizens opposed to a gay rights measure. This also happened during the Proposition 8 campaign in California. People who gave money to support traditional marriage had their employers and addresses exposed, and then became subject to harassment.

In New Jersey, a church had its tax-exempt status revoked on property on which it refused to allow a gay marriage. In Colorado, New Mexico and Oregon the nation has seen photographers, florists and bakers compelled against their will to provide goods and services to gay marriages. The gay couples could have gone elsewhere, but instead decided to target these small businesses for ruin because of their religious beliefs.

At the liberal web publication Slate, a writer whose job is to advocate for LGBT issues treated with seriousness a study that purports to show religious children are more likely to believe in fantasies than secular children because they might believe crazy things such as a story about a crucified man who rose again from the dead. Interestingly, every example given was a story from the Bible, not the Koran or books of other religions.

In fact, enormous energy is being expended by the left in America to make Christianity and Christians unacceptable. A New York Times writer wants to stamp out those views "ruthlessly." He describes those with orthodox Christian views on marriage as unworthy of civility. Anonymous groups expose the home addresses of mostly Christians and subject them to harassment. This is not happening to orthodox Jews or Muslims, but to Christians.

It raises a serious question Americans must confront -- are gay rights and Christianity compatible? The answer appears to be no. As gay rights activists use the tactics of Bull Connor to push for what they declare civil rights, they are targeting churches, religiously affiliated groups and Christian businesses for harassment and lawsuits.

In Macon, Georgia, a gay teacher at a Catholic private school decided to marry his partner. Catholics do not believe being gay, in and of itself, is a sin. But they do treat marriage as a sacrament and maintain it must be between one man and one woman. Once the teacher decided to marry his partner, the school dismissed him for corrupting the Catholic Church's sacrament. The church also takes a hard stance on divorce. But now the teacher has filed a discrimination complaint against the school. He does not claim he was discriminated against because he was gay. Instead, he claims gender discrimination because he is a man who does not act like other men, i.e. he likes other men instead of women.

Across the country, the left has decided our sexual preference is something we are born with, but our gender is something we get to decide. Anyone who thinks otherwise is threatened and harassed. Several thousand-year-old pillars of society are being shoved aside in the name of tolerance. Those who speak up for sanity, tradition and faith are treated scornfully.

This will not end well for any of us. Despite surveys designed to show the contrary, children tend to do best with mothers and fathers. A society that willfully undermines perpetuating itself is a society bent on suicide. One thing is for sure -- a faith that survived its followers being used as torches to light the streets of Rome will survive a modern age hell bent on ruthlessly stamping it out.