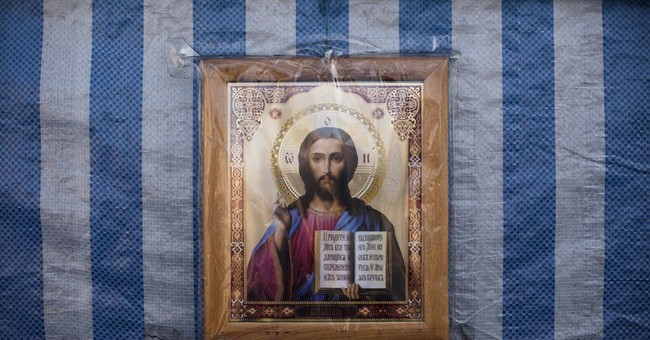 This week starts the anniversary celebrations of the greatest event in history. Two thousand years ago, in a rather routine and inconsequential act for that time, Roman authorities nailed a man to a cross. What happened next is subject to dispute. But since then, most of the western world has believed that three days after his execution, the man named Jesus came back to physical life.

Whether one believes it happened or not, indisputably the first Holy Week fundamentally transformed civilization. Today, several billion people globally will celebrate Holy Week. They believe Jesus died for them, rose again from the dead, stayed on the earth for 40 days and then ascended to Heaven "from thence he shall come to judge the quick and the dead," as the Apostles' Creed proclaims.

Christians are prone to look at the number of people executed in the last 2000 years for accepting Christ and think no one would die for a lie. That is simply not true. Nineteen men flew planes into tall buildings, the Pentagon and a field for a lie. People will die for a lie.

The people who will not die for a lie, however, are the liar's family and friends. They will call the whole thing a farce. In fact, the historic record shows that the brothers and mother of the man called Jesus tried to stage an intervention. They thought he was nuts. Christians believe Jesus's mother saw the angel Gabriel who told Mary she would be with child, though she was a virgin.

Despite that, the Gospel of Mark reports that when Jesus's family heard him preaching, "they went out to seize him, for they were saying, 'He is out of his mind.' ... And his mother and his brothers came, and standing outside they sent to him and called him." His own mother who Christians believe had an angel show up to tell her she was carrying a child who would "be called holy -- the Son of God" tried to stage an intervention on that very child.

The historic record also notes that at Jesus's execution, his own family would not show up, except for his mother. Mothers are always the last to give up on a child. His brothers, some Christians believe they were really his closest first cousins, were not there. In fact, John, an eyewitness and Jesus's best friend, wrote that, from the cross, Jesus told John to take care of Mary. Her family was not there.

The historic record, both Biblical and extra-Biblical, shows that Jesus's brothers did accept him as the Christ after Jesus's death. Paul, writing in 1 Corinthians 15, reports that after his resurrection, Christ "appeared to more than 500 brothers at one time. ... Then he appeared to James, then to all the apostles." That would be Jesus's brother James -- the brother who tried to stage an intervention and would not even show up at Jesus's execution.

James became a pillar of the early church. Early church historians record that years after the resurrection, when local public officials asked James to tell others Jesus was not the Christ, James proclaimed that his brother was the Lord. The local leaders then threw James off the Temple wall in Jerusalem and stoned him to death. James and Jesus's brother Simeon then took up James' place. Their brother Jude too proclaimed Christ as the Messiah. He too was executed.

Many people reject these things as myth. The historic record shows that, regardless, the events of this week 2000 years ago fundamentally reshaped the world. More likely than not, the words "We hold these truths to be self-evident, that all men are created equal, that they are endowed by their Creator with certain unalienable Rights" would not have happened but for Jesus first proclaiming himself "the way, and the truth, and the life."