Fifty Years at One Magazine

Emmett Tyrrell
|
Posted: Sep 28, 2017 12:01 AM
Share   Tweet
The opinions expressed by columnists are their own and do not necessarily represent the views of Townhall.com. 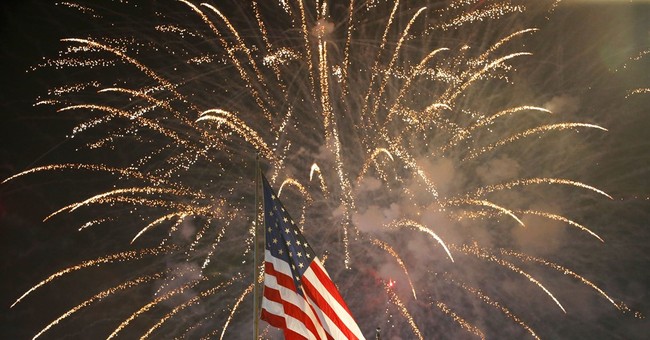 WASHINGTON -- On the occasion of my 50th anniversary of founding and editing The American Spectator, I feel moved to reflect on the parlous condition of the magazine business. We celebrated our anniversary this week, and naturally I composed my reflections before the event. What makes this column something more than an occasion for indulgence is that the sickly condition of magazines is, of a sudden, a hot news item.

Major figures in the business are departing the scene. They are what the media is pleased to call celebrity editors. For instance, in the last three weeks, the editors of Time, Elle and Glamour announced they were retiring. Jann S. Wenner, the owner and for many years editor of Rolling Stone, is planning to sell his controlling interest in the magazine. And the legendary editor of Vanity Fair is leaving, too, though apparently he will maintain his ownership of the Waverly Restaurant, so he will continue to be a force with celebrity editors or at least celebrities. All of these vacancies at the top of the magazine business have prompted mainstream media to muse about, as The New York Times puts it, "predictions about the collapse of magazines."

Most of the media's accounts dwelt on economics. Advertising has plummeted as advertisers seek readers on the internet and on television. Readership is down. Editors lack the money for writers and to cover their expenses. Suddenly, the market for "glossy" magazines is dead.

Yes, it is a cold hard fact that the money is not there for publishing magazines as they once were, but there is something else at issue here. Today, magazines are, for the most part, quite boring. Mel Brooks, the incomparable Hollywood comedian, has observed that political correctness is killing comedy. He could have observed that political correctness is a threat to interesting magazine writing as well.

Yet it is more than simply political correctness. Most magazines in America today are also blighted by the Kultursmog. They are polluted with political correctness and more. They are of the left. The American left reaches into practically every aspect of American life, and the consequence for magazines is tedious prose and tiresome stories. More and more people are turning away from magazines because magazines too often betray a point of view that ordinary Americans have had enough of.

There is another reason that American magazines are so tedious. No one ever attacks any one else in print. Oh, yes, the magazine writer attacks Donald Trump or Steve Bannon or someone else in the administration, but those are easy targets. Try attacking the homeless or the poor who have consumed a trillion dollars in a generation or rich philanthropists. Try attacking another magazine writer.

I suggested as much years ago when magazines were beginning their long and unlovely decline. As editor of The American Spectator, I encouraged our writers to attack other magazines and I did a good bit of attacking myself. I attacked particularly magazines of the left, for instance The Nation, The New Republic and -- most avidly -- the New York Review of Books. Our readers loved it. Just the other day, a complete stranger came up to me and claimed he has been reading The American Spectator for years. He reminded me of an attack I wrote years ago about Mr. Donahue. I have forgotten Donahue's first name. Perhaps it was Hugh or Troy or Philip. At any rate, my attack vastly amused my newfound friend. Possibly, he remembers this fellow Donahue's first name. I should have asked him.

Yet imagine if magazines would wage war with each other. Readers long for intelligence, wit and charm, but even more they relish combat. Of course, the magazines I have attacked never responded because they are on the left. Which is to say they pretend that we on the right do not exist. The magazine business as a whole would be much healthier today if they took issue with each other.

In fact, what if they took on other media? What if they took on television? From the start, I recognized television as a threat to the American mind. Those who are addicted to it are like Neanderthals sitting in their caves watching ancient cave art. Their brains move slowly. The picture is everything. People who read magazines or any printed word have more active minds. They are in decline today, but their decline need not continue. Writers of the left and the right, unite and take on the television industry. Laugh at the primitives.

As for The American Spectator, we have made the leap into the digital age. How long will we stay in the digital age? I cannot say. For now we are very happy with our progress. No bawling about the end of the celebrity editor for us. But after a few more years of declining magazine sales, my guess is that the magazine will be back. It will not be the same as the magazine of yesteryear, but it will return. When it does we will have a foot in both genres, the internet and hard copy.