Last Weekend Was 1968 All Over Again

Emmett Tyrrell
|
Posted: Mar 17, 2016 12:01 AM
Share   Tweet
The opinions expressed by columnists are their own and do not necessarily represent the views of Townhall.com. 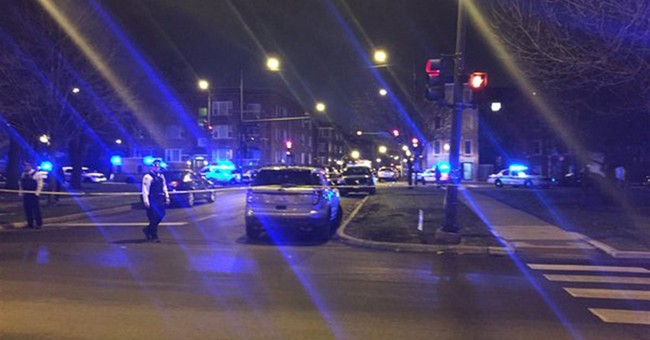 I have been an attentive observer of political protests for many moons. You might say I was present at their creation. For me, that would be back in 1968 at Chicago, Illinois's Grant Park. My brother and I stood between a line of young Chicago policemen as they grew increasingly anxious, their backs to the hotels that faced the park. In the park, luminaries of Democratic politics -- Eugene McCarthy and Hubert Humphrey -- were putting the final touches on their convention performances. What provoked the young cops (those mainly of Irish and Italian descent) was a mob of college-age demonstrators, members of the vaunted youth movement of 1968 who were proponents of the new politics movement. They were about to get what any sane observer would have anticipated. But the Tyrrell boys were reliably sane and faded from the scene.

Shortly thereafter the cops rioted. Blood was spilled and bones were broken. Years later I appeared on the Bob Grant radio show with one of the organizers of the Chicago mayhem, Tom Hayden. Tom looked great. Well, he looked about as great as a dissipated middle-aged man and his genetic endowment would allow him to look. I asked Tom to tell Bob Grant's radio audience what his youthful provocateurs were taunting the cops with that faraway afternoon. Tom blanched and hesitated. I helped him, reminding him that the demonstrators were saying lines such as, "Hey, Pat, who's home f---king your wife?" Kaboom! Thankfully, we Tyrrells were safe back at the Conrad Hilton Hotel.

So it went for all the decades between the Grant Park protest in 1968 and the Donald Trump rallies in Chicago and Ohio this past weekend. I did not have to be at these rallies to report on them. Cable television provided me with the local color, which was pretty much the same as 1968: smug young people, provocative language, menacing gestures and middle fingers in the air. Some things, however, were new, such as professionally printed anti-Trump signs, professionally printed signs for Sen. Bernie Sanders and cellphones. What's more, smug demonstrators were not as badly beaten as in 1968, but then again the police are trained better now.

One thing has not changed: Both these demonstrators and the earlier ones have experienced the high point of their lives. From now on it will all go downhill. Perhaps some will pursue a mediocre degree from a third-rate diploma mill; then they'll reach years of middle-aged tedium, and finally the ravages of old age -- for some an early old age. Those will be the lucky ones. Others will not do so well. I know. I have followed generations of protesters.

The billionaire Trump plans to prosecute each arrestee, and that would not cost him much of his fortune. If we had been serious about keeping the peace and maintaining the rights of peace-loving citizens back in 1968, American democracy would have been spared a lot of angst with no loss to peaceful protest whatsoever. Incidentally, Bill Ayers, of the Weathermen organization, was out on the street in Chicago over the weekend. At 71 years of age he looked about as pulchritudinous as Hayden. He is still stirring up trouble despite having been hit with federal charges in the past, and notwithstanding all the death and destruction that he and his radical colleagues have left in their wake.

One thing was different from 1968. Then, only the demonstrators and their leaders like Hayden blamed the political candidates for the youthful demonstrators' violence. Today, all the candidates running against Trump -- the Democrats Bernie Sanders and Hillary Clinton and even Republican candidates -- blamed Trump and his followers for the assailing demonstrators. One opportunist, Mitt Romney's former political strategist named Stuart Stevens, even compared Trump to the 1968 segregationist George Wallace. That was ignorant, but not as ignorant as the commentators who compared Trump to Hitler and Stalin. Obviously the derangement syndrome of the Bush years is still with us.

Meanwhile, Trump continues his astonishing campaign. He has even had a heroic episode, though it went largely unreported. In Ohio, as he was speaking to a vast throng of people on Saturday, there was a disturbance behind him. It sounded to me like a gunshot, though it was not. Some lunkhead leaped a fence and headed in Trump's direction. Barely fazed, the candidate lunged directly toward the source of the trouble. The Secret Service ascended the stage to surround him.

Now, Trump, you have had your Ronald Reagan moment and you passed the test admirably. Get on with the campaign in the dignified tone that you and your opponents struck Thursday night in debate, when all the Republican candidates were more statesmanlike than crazy Sanders or Clinton. We need to replace these 1968 Democrat retreads next year.