Hillary's Past Meets the Present

Emmett Tyrrell
|
Posted: Jan 21, 2016 12:01 AM
Share   Tweet
The opinions expressed by columnists are their own and do not necessarily represent the views of Townhall.com. 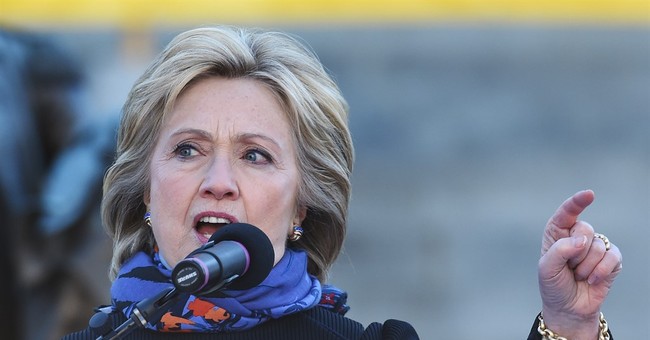 Did any of the political cognoscenti consult Real Clear Politics last Thursday? Those who did found evidence that Donald Trump's recent charges against Hillary Clinton for spending years as an "enabler" to her husband while committing "very seedy" behavior is irrefutable. Moreover, the evidence alluded to has been contained in a book right under our noses. The book was written by David Brock -- now a Hillary Clinton champion -- and Brock is still quite proud of the book. He actually has boasted that, "reviewers had found [the book] to be fair, well-balanced, and accurate" -- such reviewers as The Washington Post and The New York Times. Why no one has consulted it is mysterious. Is the press really that lazy?

Its evidence is as overwhelming as the book's author is problematic for the Clintons. Brock now oversees Media Matters with an annual budget of millions of dollars, and its main purpose is to protect the Clintons. Yet what about the book he wrote? Could the Clintons have not read it? Did their vast research operation overlook it? Are the Clintons that amateurish? It is my humble opinion that they are, and if the American people elect Hillary Clinton president, then we shall be right back with them in the 1990s.

The Real Clear Politics piece was written by a writer equally as irrefutable as Brock's book. After all he helped Brock put it together. His name is Mark Paoletta, and he helped Brock on many projects in the mid-1990s including Troopergate, The Real Anita Hill, and this damaging book, The Seduction of Hillary Rodham. Paoletta was considered by Brock to be a friend. Yet that apparently has changed. Paoletta now is substantiating Trump's charges that Bill has been a major abuser of women for many years, and Hillary has led the campaign to cover up his philandering and to vilify the women involved. Sometimes she played very dirty.

On page 277 of "Seduction," Brock cites approvingly Garry Wills as saying, "Apologizing for and covering up Clinton's womanizing all those years, Wills suggested, had instilled in Hillary a deep suspicion of the press and contempt for the democratic process itself." So that is the background for Clinton's machinations. What exactly were they? According to Brock, during the 1992 campaign Clinton was "... fighting behind the scenes to keep the press from exposing the unseemly aspects of life ... with her husband. ... The shadow campaign apparatus involved Hillary's lawyer friends ... to combat womanizing stories ... In this respect, anyway, the Clintons were indeed a second coming of Camelot: Not since the Kennedys had there been so many retainers on hand whose primary function appeared to be to keep a lid on all manner of personal scandals."

That quote can be found on page 271 of "Seduction," where Brock goes on to say that "It was Bill's womanizing that had turned their personal life into tabloid fodder. ... [G]iven Bills personal history and character, Hillary and her team had to treat them all [charges of Bill's pathological behavior] as potentially true." Hillary Clinton's ruthlessness knew no bounds.

On page 272, Brock quotes Rex Nelson, formerly political editor of the Arkansas Democrat-Gazette, as recalling that, "Women were called and told they'd make them look like whores if they came forward." At about this time, Clinton began hiring private investigators such as Jack Palladino and Anthony Pellicano (who has since been safely interred in a Federal prison) to push back against what Clinton aide Betsey Wright called "bimbo eruptions." Brock reports on page 273 that "The use of a private investigators to do surveillance on -- and attempt to intimidate -- potential witnesses was an unprecedented scandal potentially far darker than the story of the ill-starred Whitewater investments. Yet with the sole exception of The Washington Post story in July, not one of the campaign reporters chose to write about the practice, even though many were quite familiar with it."

Of course, by now a long line of victims has come forward to tell their stories about adventures with romantic Bill Clinton, and in so doing many have told of their fate at the hands of Hillary Clinton and her operatives, for instance, Juanita Broaddrick who says she was raped by Bill, Kathleen Willey who says she was fondled by him within days of her husband's suicide and Monica Lewinsky. Well we have all heard about her and what Hillary Clinton's associate Sidney Blumenthal did to her.

Yet all the while this book by a journalist-turned-Clintonista, "The Seduction of Hillary Rodham," has been sitting on library shelves, awaiting the curiosity of journalists. Obviously, not many have such curiosity.

Now Mark Paoletta has come forward. Donald Trump has made the book's contents an issue in his defense against Hillary Clinton's impudent charges of sexism. Finally, the fate of another serial Casanova, Bill Cosby, may make the Clintons pay for their recklessness.