Donald Trump vs. the Party of Septuagenarians 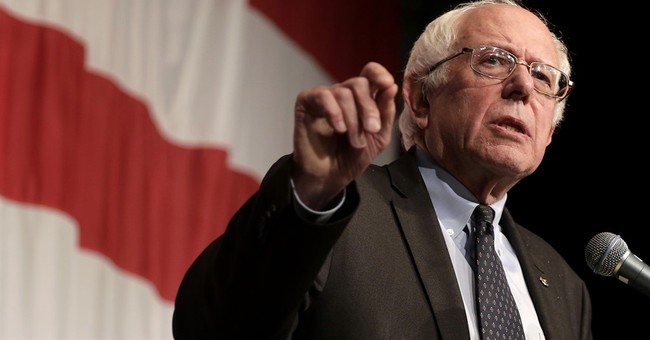 WASHINGTON -- I shall pose the question once again that I posed months ago: Why is the Democratic presidential field the field of AARP (American Association of Retired Persons), and where is the party's diversity? Does one really have to be at retirement age and white to be considered a Democratic candidate for president? OK, OK, Elizabeth Warren is related to Hiawatha or Sitting Bull or maybe just to Bull, but she has not yet declared, and the rest of the Democratic Party's aspiring candidates are all white and old enough to be accepting Social Security benefits.

The only exception is former Maryland Gov. Martin O'Malley. He is 52 and often campaigns shirtless to prove some obscure point -- perhaps that he is younger than Hillary Rodham Clinton. Possibly he has his eye on President Vladimir Putin's job. Actually, he would have a better chance at the presidency of Russia than the presidency of the good ole U.S. of A. He now is polling at 2 percent here. Could his polling in Russia be any worse?

We are told that the Republican Party is in dire straits as its field is led by a recent convert to Republicanism, as Ronald Reagan was once a convert to Republicanism. Well, I am not so sure that will be held against Donald Trump. He seems to be, as we said of Reagan, a Teflon candidate. Besides, as I said of him weeks ago, he has a billionaire's eye for constituencies (not a bad attribute in a pol). He has identified with issues that a wide body of the electorate identifies with. He sculpts his lines well. His timing is flawless, and -- something that the press has yet to catch onto -- he campaigns with a sense of fun.

Maybe Trump should be running as a Democrat. He certainly fits the profile. He is white. He is 69. And he is very rich, though he earned his money the old-fashioned way, not by exorbitant speaking fees or by shady financial arrangements or, as Secretary of State John Kerry did, by marrying two rich women -- the second of whom had been married to a very rich Republican senator. Yet, I am convinced Trump believes in free enterprise as a path to wealth and as a path to get this country out of its economic torpor. On this, and on an array of other issues, he is genuine.

So Trump fits the Democratic profile physically, though not on the issues and not with his sense of fun. Trump vs. Clinton or Bernie Sanders for laughs? As Trump himself might say, "Fuhgettaboutit." Regarding the rest of the Republican field, they are the media's beau ideal: young, to say nothing of Latino (Ted Cruz and Marco Rubio), intellectual (Jeb Bush and Rand Paul), black (Ben Carson) and a woman (Carly Fiorina). Moreover, you have Gov. Chris Christie (overweight) and former Gov. Mike Huckabee (underweight). How much more diverse can you get?

Turn now to the Democratic field. There is the frontrunner, Clinton, a 67-year-old grandmother who is trailed around the country by the FBI and possibly the NSA. There is Sanders, a 73-year-old self-proclaimed socialist with back-to-the-earth tendencies who apparently is in the early stages of osteoporosis -- either that, or he has terrible posture on stage. There is the aforementioned O'Malley and Warren, age 66, and a fellow named Jim Webb who qualifies only because of his age, which is 69. As yet unannounced but clearly contemplating a run, which will be nearly as suicidal as when he ran in 1988 and 2008, is the vice president, age 72. Also thinking about a run is Kerry, who is 71 and has been slowed down a bit since breaking his leg in a slow-speed bicycle accident. Finally, there is my favorite, Gov. Jerry Brown, age 77, but as young as he has been in years. That leaves only one candidate under 65 in the field. What happened to the Democrats of yesteryear, say of 1960 with John Kennedy's fabled vigor and audacity?

Supposedly, the core of the party is angry women, blacks and the young -- millennials as they are called. Clearly the Democratic Party has plenty of angry women candidates, and it is doing well with the black vote, but what about the millennials? Can they not rouse themselves to run for office? How about a dynamic young man running for the presidency on a skateboard? How about a nubile cutie with Jon Stewart's endorsement and a Facebook page? Come on, youth of America, answer the call to public service. Which one of you will seek the Democratic nomination for the presidency? I am told that in the White House today there is a television in every room, and the place has been wired for WiFi!