Harding and Clinton and History 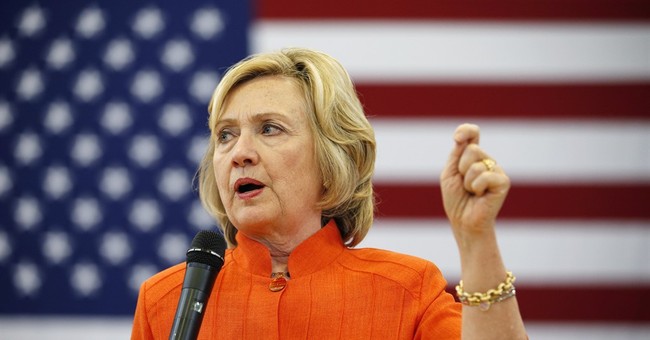 WASHINGTON -- That 1920s predecessor of President Bill Clinton has again been in the news and in a big way. Last week, the media resounded anew with delightful reports of President Warren Gamaliel Harding's nigh unto maniacal attraction to women, or at least to some women, during that period of American history that became known as the Roaring Twenties. According to reports, these women pursued him with the utmost ardor, and last week the media brought forth irrefutable scientific evidence that one of these gals, Nan Britton, had her way with him for years.

A DNA study made clear: There was a love child. There are descendants. When will science catch up with Bill? There was that spot on that blue dress, of course, but a love child?

The similarities between Bill and Warren are instructive. Like Bill, Warren was an inveterate golfer, and like Bill he adored socializing in the White House -- though with a difference. When Warren had finished socializing, his pockets were empty, and occasionally he had a hangover. Bill only drinks lite beer and wine, preferably of the nonalcoholic variety. Also, when Bill finished socializing, his pockets were full. Usually they were stuffed with lush donations from the rastaquouares of Hollywood, of Wall Street and not infrequently of foreign parts.

Yet the differences stop there. Like Bill, Warren came from the sticks, but their animal magnetism -- now called charisma -- made both men a hit with the women of their time and with the press corps. In the 1920s and the 1990s, those were the only two constituencies that mattered in national politics.

Finally, though it is today mostly forgotten, Warren was considered somewhat of a wonk, at least for the 1920s. He established the Bureau of the Budget. Bill's wonkishness is legendary. He knows details about the Bureau of the Budget, or the Office of Management and Budget, as we call it today, that would make Warren's head spin. Moreover, his party suffers amnesia when trying to remember what exactly he did with Miss Lewinsky and what all the fuss was about with those pardons, which he signed as he exited the White House.

Both Bill and Warren married bossy women. Warren's was called "the Duchess." In the 1920s, a presidential run was, for her, out of the question, especially with a name like the Duchess. Yet today, who would scoff if she were active in public life as Mrs. Florence Mabel Kling Harding and she decided to seek her party's presidential nomination? And the scoffers? Why, they would be dismissed as misogynists, perhaps even as participants in her party's "war on women," possibly even as opponents of birth control.

Bill's bossy wife is, of course, Hillary Rodham Clinton, and today she might well want to trade places with Mrs. Harding. For as things stand right now, she is going to be beaten in New Hampshire by an admitted socialist, a probable bird watcher and a likely fruitarian named Bernie Sanders. She might also be convicted eventually of what Sandy Berger, her husband's national security adviser, was convicted of: namely, taking classified documents from a secure source in the clandestinity of his underpants.

Well, at any rate, last week some of the last mysteries of Warren Gamaliel Harding were cleared up. Descendants and admirers reported the findings of Ancestry.com, and working with DNA samples, that esteemed organization reported that Warren did indeed die after having fathered an illegitimate daughter. The child's name was Elizabeth Ann, and Warren had her by his mistress Ms. Britton.

Ancestry.com's discovery cleared up even more legends about Warren, legends that again remind us of Bill Clinton. For decades, it has been rumored that Warren had "black blood." Ancestry.com's work rules this out. Toni Morrison's boast that Bill is America's first black president is beyond dispute or at least almost beyond dispute.

So thanks to the march of science in recent decades, Ancestry.com has come to the support of Nan Britton's claims to the presidential paternity of little Elizabeth Ann. The question, however, lingers: When will those with similar claims on Bill Clinton begin to be heard?

My guess is we are not going to get through this presidential cycle without some popping up.