Sex Among the Goofballs 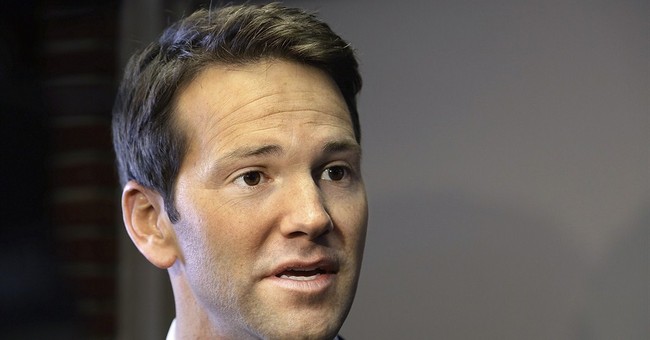 WASHINGTON -- What is going on in American politics of late? There has not emerged a truly goofball politician since Anthony Weiner, the congressman and later New York mayoral candidate who could not resist sending pictures of his private part so frequently and to so many women that it really was no longer a private part but rather a public spectacle. Go ahead; Google it. In fact, Yahoo it. My guess is there are dozens of pictures of Weiner's public private part all over the Internet.

The best example of a contemporary pol's being slightly goofball is Aaron Schock, the Republican from Illinois' 18th Congressional District. Yet he has had the good sense to resign from Congress. My guess is he suspected there was something shameful about his deportment. One cannot really be a goofball pol and accept the notion of shame. Yet what caused him to leave Congress? Was it the hubristic pride he took in his torso? Countless times, he was photographed displaying the exquisite torso of a male underwear model to the world. That was a hoot, and even more of a hoot was his appearance on the cover of Men's Health magazine with his shirt out and daringly unbuttoned to display his well-toned abs. By the way, what sport demands well-toned abs?

No, I am afraid the 33-year-old congressman, first elected at the tender age of 27, began to feel shame when it was discovered that "Downton Abbey" had inspired his congressional office's lavish redecoration. Then the Justice Department became interested. It began looking into who had paid his travel on surfing trips, on hikes to glacier parks and on a private jet that took him off to football games. He sensed his expense account was more conspicuous than his abs, and he is about to vacate Capitol Hill. That is not the exit of a goofball congressman. That is the exit of a chap but a few steps ahead of the law.

One of the traits that distinguish a really goofball pol has got to be sexual excess. A sex-crazed politician is always the most reliable and entertaining political player. Think of former Sen. Larry Craig, the statesman from Idaho whose encounters with the vice squad in public men's rooms won him the appellation of being the Republican Party's leading lavatorian conservative. There has never been another. Or recall, if you will, the Hon. Eric Massa, the Democratic congressman from New York who resigned after admitting to charges of groping and tickling male staffers. He told Fox News somewhat boastfully, "Not only did I grope (a staffer), I tickled him until he couldn't breathe." Then there was President Bill Clinton, whose frolics with Monica Lewinsky have been chronicled in that delightful document called the Starr Report.

In researching this column, I made a discovery that may explain why there are so very few goofballs in politics today. From the late 1960s until very recently, there has been a profusion of sexual offenders in politics. Clinton, Craig, Massa and, of course, Weiner are the most amusing. There have also been other famous figures -- ex-Sen. John Edwards and ex-Sen. Gary Hart (his real name was Hartpence) -- and lesser figures, whom we need not mention. Yet now there are few. Why, you might well ask.

As I wrote some months ago, my guess is that the sexual revolution is now finished. The infrequency of sex scandals in politics is but another manifestation of changing times. From the late 1960s to 2012, there was an astonishing outbreak of sexual antics in high places. Yet prior to the 1960s, sex scandals were rare. JFK's liaisons were kept under wraps. About the only presidential sex scandals featured Warren Harding and Grover Cleveland. Doubtless, there were other small fry, but I cannot find anything in the faraway past like the upsurge of sexual scandals during and after the 1960s. The times were amazing, and they produced some real goofballs and creeps. But they were also very uncharacteristic of American history. Not for nothing were we called a nation of puritans.

The war on sexual indulgence now being waged in this country, especially in universities, is uneven. Yet I think it is having its effect. Frankly, I think you would have to be crazy to be a fellow who would wink at a pretty girl, at least without first tendering her an application. It seems to me that this is an unfortunate situation. Yet even worse is the situation that we find politics in. Without the Anthony Weiners, the Bill Clintons and the Larry Craigs popping up on the evening news -- saying such things as "it depends upon what the meaning of the word 'is' is" -- life is going to be pretty dull.