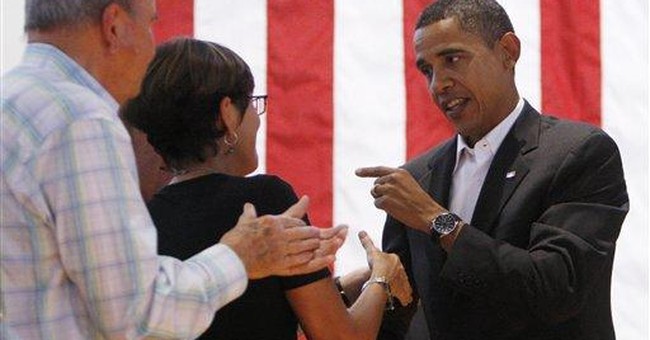 WASHINGTON -- The campaigning politicians apparently cannot talk accurately about the economy. As I am not campaigning for anything, let me try to describe the economy as it is. The Democrats cannot talk accurately because if they did, the average American would realize that the economy under President George W. Bush has not been so bad. Furthermore, the Democrats have not a clue as to how to improve it. All they would do with their promised tax increases and other extensions of the federal bludgeon onto the market would be to slow down an economy that actually is growing.

Did I say growing? Yes, I did, but the Republicans cannot talk about the growing economy because if they did, it would sound as though they have no compassion for those who are not doing particularly well in this economy. This is a rhetorical trick that the Democrats have imposed on the Republicans. So effective has it been in cowing the Republicans that quite possibly never again will a sitting president be able to boast of a record of economic achievement. To do so would be to ignore the less well-off, even though there always will be less well-off people. For that matter, in every economy, no matter how robust, there will be citizens in difficulty.

Nonetheless, someone ought to note the economic health of the present economy. Let me give it a try.

Yes, with gasoline pushing $4 a gallon and fuel oil at historic highs as we face the winter, there is reason to be apprehensive. Moreover, there are widespread declines in home prices. Financial institutions are failing. The equity market is down. And inflation is inching up. Yet that does not warrant describing this economy as being in "depression," as Joe Stiglitz, the Clintonista, has said it is. Nor is it even in recession, as the Prophet Obama and his amiable sidekick, Sen. Joe Biden, believe it to be.

In point of fact, we are living through the third-longest peacetime expansion since 1857, which is about as far back as such calculations have been made. The growth continues. Last quarter's growth now has been revised upward, from 1.9 percent to a healthy 3.3 percent. Milton Friedman calculated that real gross domestic product grew at 3.25 percent annually since World War II, about the same as it has grown from the middle of the 19th century.

At the present, the economy's growth is relatively healthy, and its prospects are good. Sure, catastrophe could strike, but it will have to be one whale of a catastrophe, say a big taxer in the White House surrounded by people with Saul Alinsky's vision of economics, which was socialism -- assuming that the old radical had any economic vision at all. Alinsky was the community organizer who inspired the Prophet. Incidentally, there is no evidence that Obama has had any managerial experience. Nor has he managed budgets of any size. Sen. John McCain managed the largest air squadron in the Navy, with a budget of more than $1 billion. Gov. Sarah Palin managed a small town and the state of Alaska.

So the economy is doing pretty well, though more can be expected, and it is understandable that the citizenry does expect more. Since the beginning of the Reagan economic comeback, we all have lived through a period of unparalleled economic stability and vigor. If the Bush administration was the third-longest period of growth since 1857, the two longer periods were experienced in most of our lifetimes, in the Clinton administration (120 months) and the Reagan administration (92 months). It is natural that contemporary Americans expect more from their economy.

To expect it from the Prophet Obama, however, is a leap of faith and an investment in futility.