Ed Feulner
|
Posted: Jan 09, 2018 12:01 AM
Share   Tweet
The opinions expressed by columnists are their own and do not necessarily represent the views of Townhall.com. 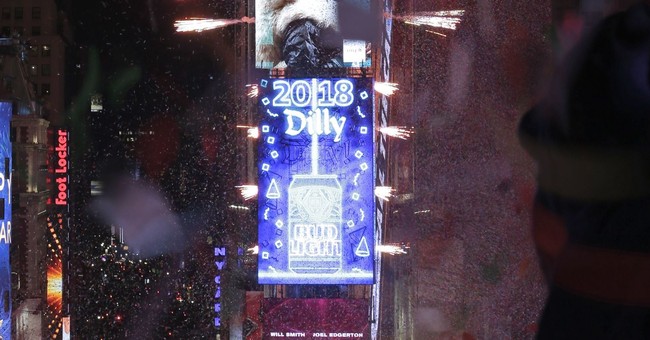 Conservatives, we have our work cut out for us this year.

Mind you, 2017 definitely had its ups. Neil Gorsuch is on the Supreme Court. The war on terrorism moved in the right direction, with the prime minister of Iraq declaring victory over ISIS. The Trump administration pulled the U.S. out of the Paris climate-change agreement and is working to reduce regulations. We also have a much-needed tax cut in place.

On a more personal note, we welcomed a new president at The Heritage Foundation: the immensely talented Kay Coles James. Director of the Office of Personnel Management under President George W. Bush, and a member of President Trump’s transition team, James was the Heritage board of trustee’s unanimous choice after an extensive search. The nation’s leading think tank couldn’t be in better hands.

Take health care. Despite President Trump’s claim to the contrary, repealing the individual mandate does not “essentially” repeal Obamacare. Key provisions, such as the expansion of Medicaid, remain in place.

Or take spending -- please. It continues to grow by leaps and bounds. Budget expert Romina Boccia, in a review of federal spending in 2017, notes that the deficit reached $666 billion (how appropriate), the debt hit $20 trillion, and Social Security spending topped $1 trillion.

This is unsustainable. No wonder we’re always told we can’t “afford” tax cuts. The money we send to Washington flows out at such a prodigious rate that policymakers naturally howl at the thought of even a modest reduction.

The problem is that freedom requires constant work and vigilance. There are no permanent victories or defeats. It’s like weeding a garden. Policymaking is never a “one and done” situation. There will always be something to do tomorrow. And the next day.

With that mind, here’s a six-question test that I introduced in my 2006 book “Getting America Right.” My co-author Doug Wilson and I wrote that, if followed, “it could well become the bypass operation that restores Washington’s failing political heart to normal functioning.” The questions we should ask of any policy prescription:

·         Is it the government’s business? Relatively few things really need federal intervention. Many can and should be handled at the state and local level, where accountability, knowledge and oversight is naturally better.

·         Does it promote self-reliance? Liberal policy proposals usually promote dependence on government, but nothing could be more un-American. We should, for example, measure a welfare program’s success not by how many people are signed up for it, but by how many who are on it have managed to find work.

·         Is it responsible? Should we spend more than take in? Should we tolerate waste, fraud and abuse? Of course not.

·         Does it make America more prosperous? That’s a key question to pose when it comes to trade barriers and business regulations. Yet we seldom do.

·         Does it make us safer? The way we’ve been underfunding the military, to the point where current readiness levels are seriously compromised, suggests that we need to ask this more often.

·         Does it unify us? We used to welcome immigrants as new Americans. Yet our current policies encourage balkanization. This needs to change -- and soon.

We should certainly be optimistic about 2018. We have the tools we need to make things better. The question is, will we have the courage to act?