Ed Feulner
|
Posted: Feb 03, 2016 12:01 AM
Share   Tweet
The opinions expressed by columnists are their own and do not necessarily represent the views of Townhall.com. 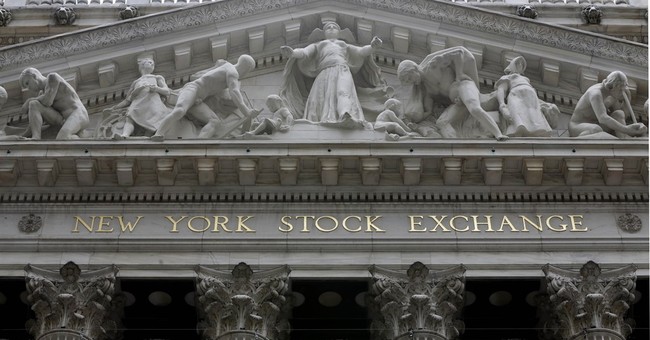 When you think of the United States as being free, what comes to mind? The ability to speak your mind? To vote? To live and work where you please? Good answers, but there’s another kind of liberty that’s easily overlooked, although it affects nearly everything we do.

I’m talking about economic freedom. How free are we to earn without being over-taxed and over-regulated? How complicated is it to start a business and keep it running? Does our government spend too much? Can we trade freely with other countries?

Such questions may not leap to mind when we evaluate how free we are. But they should. They affect numerous aspects of our daily lives, from how much money we make and what kind of work we do, to how high prices and unemployment are -- and even what kind of appliances we can buy.

So how economically free are we? And where do we stand in relation to the world?

Every year, The Heritage Foundation and The Wall Street Journal release a country-by-country policy guide known as theIndex of Economic Freedom. And the 2016 Index shows that our global ranking is No. 11, with a score of 75.4 (on a 0-100 scale, with 100 being the freest).

Others might envy being No. 11 on a list of 178 countries, but we tend to hold ourselves to a higher standard. We’re trailing Hong Kong, Singapore, New Zealand, Switzerland, Australia, Canada, Chile, Ireland, Estonia and the United Kingdom. We’re not even the freest economy in North America.

As recently as 2008, the U.S. ranked seventh worldwide, had a score of 81, and was listed as a “free” economy (a score of at least 80). Today, its score of 75.4 -- which matches its lowest score ever -- means it’s “mostly free,” the Index’s second-tier economic freedom category.

Before looking at why, let’s consider how the Index editors determine the scores. Each country is evaluated in four broad areas:

1) Rule of Law. Are property rights protected through an effective and honest judicial system? How widespread is corruption -- bribery, extortion, graft, and the like?

2) Limited Government. Are taxes high or low? Is government spending kept under control, or is it growing unchecked?

3) Regulatory Efficiency. Are businesses able to operate without burdensome and redundant regulations? Are individuals able to work where and how much they want? Is inflation in check? Are prices stable?

4) Open Markets: Can goods be traded freely? Are there tariffs, quota or other restrictions? Can individuals invest their money where and how they see fit? Is there an open banking environment that encourages competition?

So how is the U.S. doing on these measures? Let’s see:

Rule of Law: Property rights are guaranteed and the judiciary functions independently and predictably. But the protection of these rights has been uneven. Polls show that public trust in government is at the lowest it’s been in a decade.

Government size: The top individual income tax rate is 39.6 percent. The top corporate tax rate is among the world’s highest: 35 percent. Total government spending amounts to about 39 percent of GDP. That’s $29,867 per household! Spending keeps rising, and government keep growing. The national debt clocks in at a staggering $135,000 per taxpaying family.

Regulatory efficiency: The regulatory burden continues to increase. Over 180 new major federal regulations have been imposed on business operations since early 2009 with estimated annual costs of nearly $80 billion.

Open markets: The average tariff rate is 1.5 percent. High tariffs increase the price of clothing, sugar imports are restricted, and foreign investment in some sectors is capped.

So is the United States destined to continue this slow decline? No. We can change course.

“Restoring economic freedom is prerequisite to revitalizing and brightening America’s future,” writes Index editor Anthony Kim. “2016 is the year to reaffirm the principles of limited government, free enterprise, and rule of law so that we can reconstitute an America where freedom, opportunity, and prosperity flourish.”