The ‘Dam’ Iranians Are at it Again

D.W. Wilber
|
Posted: Mar 12, 2016 12:01 AM
Share   Tweet
The opinions expressed by columnists are their own and do not necessarily represent the views of Townhall.com. 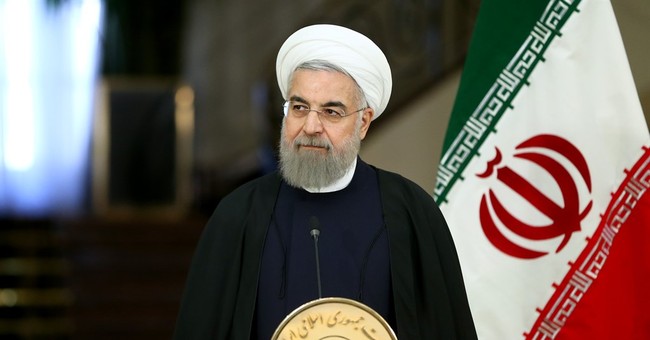 With the United States Department of Justice expected to announce charges against five Iranians for hacking into the computer control system at the Bowman Avenue Dam in Rye Brook, New York, approximately twenty miles outside of New York City, it once again calls into question the wisdom of the Obama Administration entering into any agreement with the rogue regime in Tehran.

According to the Justice Department, the Iranian cyber-attack occurred back in 2013 and has been under investigation since it was discovered. The twenty foot tall dam that was targeted is located about five miles from Long Island Sound, and was used for flood control in the area.

The five Iranians involved in this particular attack are believed to have connections to the Iranian government. As is likely the case with all of the attacks, abductions and other aggression over the years that has shown Iranian involvement, and that have inflicted damage to the United States and U.S. interests over the years since the Islamic Revolution began in 1979. Under another weak American administration, that of President Jimmy Carter.

As a reminder, the Islamic Republic of Iran has been at war with the United States since 1979, albeit a one-sided war since the United States has failed to either recognize or acknowledge that Iran has repeatedly attacked Americans and American interests over the past nearly four decades. Nor have we answered Iran’s attacks in any meaningful way. Which has certainly sent a message to the Iranians.

Since the Obama Administration’s much ballyhooed agreement with the Islamic Republic of Iran over their nuclear energy program, which most national security experts believe is in reality a nuclear weapons program, the regime in Tehran has repeatedly issued statements or made public comments disputing various aspects of the agreement. They have also violated certain parts of the agreement with impunity starting almost before the ink was dry.

While recently the Iranians released the American hostages they were illegally holding, it is only a matter of time before they replace those hostages with some new ones. And then bargain with their lives to wrest more concessions from the United States. Which is right out of the playbook the Iranian regime has been using for nearly forty years now.

Abduct an American and hold them hostage under dreadful conditions threatening to place them on trial, all the while waiting for the Americans who value their citizen’s lives to capitulate during any negotiations, in order to restore the hostages safely to their loved ones back home.

For all these years American administrations, both Republican and Democrat have seemed befuddled about how to deal with Iran. They have tried to seek diplomatic openings which have turned into dead ends. They have tried to talk tough but failed to follow up any threats with military action. And they have sought restrictive economic sanctions which the Iranians simply blow off.

What all those American bureaucrats over the years have failed to understand is that Iran cares little about any sacrifices the Iranian people might have to make, so economic sanctions are limited in their success. The people of Iran are a secondary consideration to the Iranian regime’s objective of first domination of the Middle East, followed by domination of the entire world. They are willing to let their people suffer if that’s what it takes for them to achieve their goals.

For decades now the Iranian leadership has been calling the United States a “paper tiger”. We have done little to change the perception they have. The only really effective way to deal with such an outlaw government is to use military force. Concentrated and firm force, whether it’s a blockade of their ports, or perhaps sinking a few of their little navy patrol boats. Show the Iranians that “paper” can indeed give one a very painful cut. It’ll get their attention since it’s the only thing they understand or respect.

If anyone thinks that the recent attempt to take control of a small dam in New York is the last we’ll see of these kinds of attacks by the Iranians, there’s some beachfront property in Arizona you can buy real cheap that’s just waiting for the ‘big one’ to hit out in California, possibly triggered by an Iranian nuke smuggled across our porous southern border by Iran’s proxy Hezbollah. Who by the way has a growing presence in the Western Hemisphere, including with our neighbor just to the south, Mexico.

The Islamic Republic of Iran has never abandoned their goal of destroying the United States of America, the “Great Satan” in their words. They never will until a new regime gains control of the country and replaces the hard line theocracy that is the real power in Iran right now. A theocracy that is fully capable and committed to conducting devastating attacks against the United States if given the chance.