Throw the Bums Out!

D.W. Wilber
|
Posted: Feb 26, 2016 12:01 AM
Share   Tweet
The opinions expressed by columnists are their own and do not necessarily represent the views of Townhall.com. 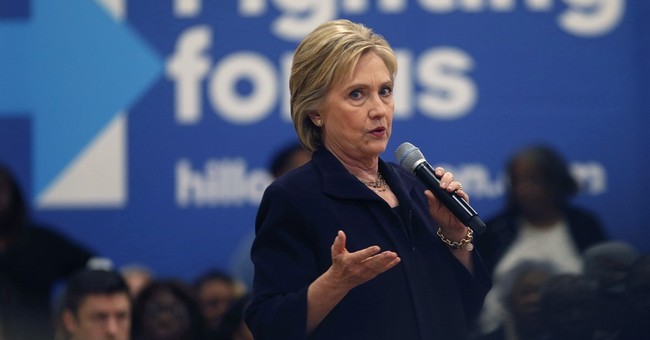 There is one thing for sure in this unusual political season, and it is that American voters are angry.  And from the sounds of it Republican voters are particularly angry.  Angry to the point that the cries for tossing all those worthless Republicans out of office are reaching a crescendo, inspired by the candidacy of New York billionaire businessman and current front runner for the Republican nomination for president, Donald Trump.

As was the case back during the 1992 election when another billionaire businessman H. Ross Perot ran for the presidency, voters were pretty darn angry back then as well.  But instead of electing Perot and relegating Bill and Hillary Clinton to being nothing more than minor footnotes in history books, Perot’s campaign ended up giving us a ‘President’ Bill Clinton and all of his scandals for eight years.  Along with his wife Hillary, the most corrupt politician in American history, and who is likely on her way to the Democrat Party’s nomination for President of the United States.

Certainly there’s a lot to be angry about with the politicians from either major party.  For decades now it seems that they might have forgotten who they work for.  And who they are accountable to.  As a reminder, that would be ‘we the people’.

But before we start quoting the Queen of Hearts from Alice in Wonderland shouting “off with their heads”, maybe it’s appropriate that we take a look at just whom and what we really should be angry about.  Insuring that we start demanding that the correct heads roll.  And that would be the Party of Jefferson, led by one Barack H. Obama and his heir apparent Hillary Rodham Clinton.

While Republicans certainly deserve some criticism for also forgetting at times who they work for and failing to live up to our expectations, there have been other forces at play which have contributed to the Republican Party’s inability to do the work of the people who sent them to Washington, D.C.

For over seven years now Republicans have had to fight against a Democrat Party committed to stopping anything the Republicans might try to do, even if it was legislation that would benefit the country.  For the Democrats it was all about maintaining political advantage and to hell with the American people.  Led by a lawless president who practically dared Republicans to impeach him, knowing full well that his removal from office would require a sixty vote majority in the U.S. Senate.  Something Republicans have never held.

Barack Obama and his Democrat colleagues were betting that Republicans would never try to remove from office the first black president, fearing the cries of “racism” that would result and the potential for civil unrest that could occur by even trying.  Racial and civil unrest that indeed might tear the country apart.

Also knowing that he had the news media firmly in his corner the president and his inner circle decided to exploit the perceived weakness on the part of the Republicans, and move forward in his efforts to “fundamentally transform” the Unite States of America.

During the first two years of his presidency Barack Obama and his party had control of not only the White House, but also controlled the Senate and the House of Representatives as well.  For those with a short memory, as a result of that power monopoly it was Speaker of the House Nancy Pelosi and Senate Majority Leader Harry Reid who gave us ObamaCare.  Legislation mind you that passed without one single Republican vote.

Once Republicans were able to finally regain control of the House all of their efforts to curb Barack Obama’s lawless behavior, or to pass legislation repealing ObamaCare was stopped dead in its tracks.  Any legislation they created hit a brick wall in the Senate under Democrat Harry Reid’s control.

Eventually the American people became so unhappy with what Barack Obama and his Democrat colleagues were trying to do that the voters also gave Republicans control of the United States Senate in 2014.  Unfortunately the advantage Republicans hold is still less than the sixty votes needed to override any veto by the president, or to shut down any filibuster by Democrats.

So Republicans have basically been relegated to counting the days until Barack Obama is finally out of office, and trying to throw up as many roadblocks as they can to prevent Obama achieving the “fundamental transformation” of America that he has in mind.  A transformation that would make America unrecognizable to most Americans.

So before voters take out their anger on Republicans in November, they should make sure they take a long trip down memory lane to the time when Nancy Pelosi, Harry Reid, Barack Obama, and the Democrat Party ran roughshod over Republicans and gave us the Obamination of ObamaCare.

Not to mention all the other things they have done to weaken and damage the United States of America with the Progressive Democrat’s socialist agenda.