A Matter of Convenience?

D.W. Wilber
|
Posted: Jan 29, 2016 12:01 AM
Share   Tweet
The opinions expressed by columnists are their own and do not necessarily represent the views of Townhall.com. 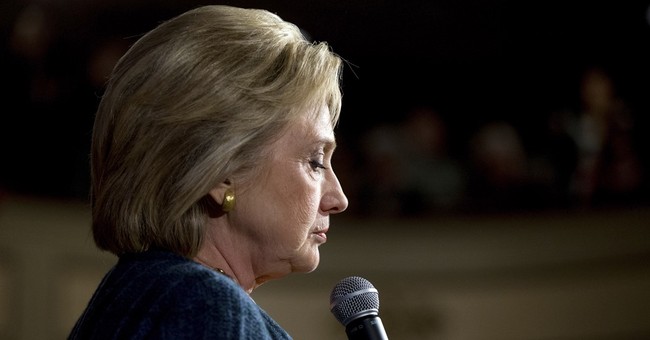 As someone who has in the past held a high level security clearance, one which required me to sign a non-disclosure agreement and agree to protect classified information under the penalty of possible prosecution and a lengthy prison sentence if I didn’t, I took these obligations very seriously. I believed then and still do now that it was a privilege to be entrusted with America’s most sensitive and high level information. Certainly not something to dismiss or scoff at.

While the threat of punishment for being careless with or inappropriately disclosing classified information was certainly a reason to be careful, my concern as an American was rooted much more in my desire out of patriotism to protect my nation’s most secret information. It was my duty and responsibility to protect the national security of the United States, and I took an oath to do so to the utmost of my abilities.

I agreed to abide by the rules and regulations which governed my continued access to America’s secrets, which included reporting any security violations that I may have committed, or might have been committed by others that possibly could have compromised classified information.

I remember many times when serving overseas that at the end of the day I had to make sure that file cabinet safes were locked, classified trash was collected and placed in burn bags, and then taken to the incinerator room for destruction. Trash bags full of shredded and pulverized documents hauled out to the dumpster. Sometimes a pain in the neck when one was in a hurry to leave, but always done with care and deliberation because one knew the importance of insuring that classified information did not fall into the hands of our enemies.

Telephone conversations were kept unclassified, and every office phone had a sticker attached to it reminding us all not to talk about classified material over an unsecure phone. Along with the constant admonishments not to try to ‘talk around’ anything classified, since eavesdroppers listening in might still be able to glean important information from the bits and pieces heard during a phone conversation.

Workplace security briefings always included the warning to us that foreign intelligence services were hard at work trying to intercept our communications and break into our military and diplomatic codes if possible.

With all the expense and effort put in place to protect America’s secrets, apparently one particular individual felt herself exempt, or at least exempted herself as a matter of “convenience” from the regulations followed by everyone else who holds a high level security clearance.

For the record, former Secretary of State Hillary Clinton took the same oath I and many other government employees and members of our military have taken, which also obligated her to protect classified information ‘to the best of her abilities’.

If her record in this regard is any indication of what her abilities are, I would be more inclined to place my trust in any one of the Marx Brothers before I would entrust Hillary Clinton with the national security of the United States of America.