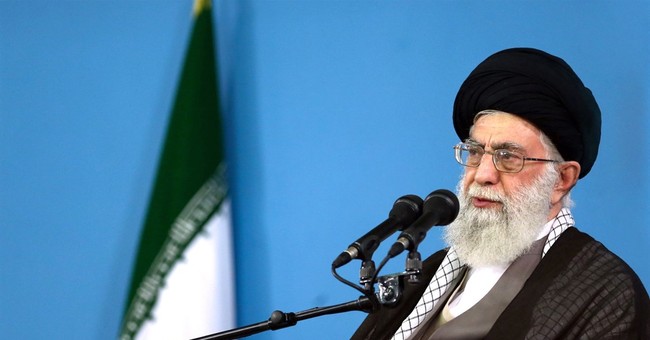 For decades now we have listened to the chants of “death to America” emanating from the highest levels of the Iranian regime. Repeated over and over by the Iranian leadership almost ad nauseam for 30 years now. We have stood by and watched as the Islamic Republic of Iran has murdered American citizens, those serving in the military and innocent civilians without facing any repercussions.

The Iranian mullahs almost at will have had Americans abducted and held hostage in brutal conditions as a negotiating ploy used by Iran. Holding our citizens against their will and playing on the sympathies of Americans in order to achieve whatever goal the Iranians are pursuing. Let’s not forget what the main goal of these Muslim zealots is, which is the destruction of Israel and the United States.

As the world’s foremost supporter of international terrorism Iran has for more than 30 years now, and continuing to this day, provided any and all support that they can muster to cause havoc in the civilized world. Iran’s fingerprints have shown up on attacks against Jewish and American targets on all points of the compass. The reach of their terrorist activities is global and ongoing.

Let there be no mistake, the leadership of the Islamic Republic of Iran is dancing in the streets – if that were allowed in that strict Islamic country – celebrating the recently negotiated victory over the United States. Yes, a victory. One not achieved on any battlefield but a victory nonetheless. And an extremely costly defeat for America should the negotiated deal be implemented.

While Secretary of State John Kerry, Barack Obama, and now Democratic candidate for president Hillary Clinton, along with most other Democrats may be calling this agreement a good diplomatic achievement in the best interests of the United States and world peace, the fact of the matter is this agreement is only in the best interest of the Islamic Republic of Iran. If anything, world peace has been pushed farther away as a result of this deal.

The American negotiating team led by Secretary Kerry were simply outdone by a group of rag-tag Persian rug merchants. And while John Kerry and his team may be high-fiving each other and slapping each other on the back in celebration, the reality is that cheap Middle Eastern carpet salesmen took the sophisticated Boston College and Yale educated American negotiators to the proverbial cleaners. The Iranians were in a contest of wits and will with an unarmed opponent.

The Obama administration has been ramping up their rhetoric warning of all manner of dire circumstances should this agreement not be enacted, and so far the president has been able to convince enough Democrats to follow the party line and support the agreement so that passage seems to be assured. Even though the truth is that passing this agreement will create even more dire circumstances for America and the world to deal with than casting it aside.

But before a single vote is cast everyone should consider those elected officials who will be determining the future security of the United States and of the world we live in. Consider what having over $100 billion will mean in the hands of the world’s worst terrorist organization, the Islamic Republic of Iran.

And indeed, Iran is a terrorist organization. The entire government pursues a single goal, and that is to commit terrorist attacks against the west, and American and Israeli interests in particular. When Israeli Prime Minister Benjamin Netanyahu describes Iran as the greatest threat to peace the western world faces in the Middle East he is spot on target. Iran is responsible for the deaths and maiming of the majority of American casualties during the Iraq war. Iran has killed Americans with impunity and has never been held accountable. And they mean to do more.

The time has come to hold Iran responsible for their criminal and terrorist behavior. The time has come to wipe that smug little smirk off the faces of the ayatollahs in Tehran. Certainly Barack Obama is unwilling to stand up to the Iranians so it is time for average Americans to stand up to Barack Obama, and force Republicans in Congress and the Senate to use whatever legislative tools they have at their disposal to end this charade.

Either force Iran back to the negotiating table, or turn up the heat on the rogue regime and once and for all bring an end to Iranian tyranny and mischief throughout the world.