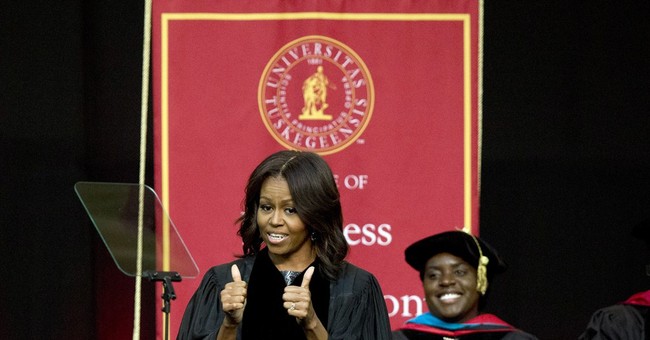 Does racism exist in the United States? In fact, a better question would be does racism exist in the world? The answer is an unequivocal ‘yes.’ Indeed there are individuals around the planet who practice and espouse racist ideals. Racism has been a fact of life in many countries since the dawn of civilization. And the reality is that unfortunately there will most likely always be racists, black and white. But the other reality is that Americans have made huge strides in banishing racism from our society.

Something Americans generally have been doing now for decades. And as a result institutional racism in the United States is mostly a thing of the past. Long ago the vast majority of Americans put aside the feelings of prejudice and racial biases that once were prevalent in all aspects of American society.

Most Americans nowadays could care less the color of a person’s skin and are more interested in a person’s character and behavior as the determining factor in how they view an individual, and how that individual is treated by society as a whole.

Unfortunately the term ‘most Americans’ doesn’t appear to include Michelle Obama. If her recent commencement address at Tuskegee University is any indication of her true feelings, Michelle Obama continues to harbor animosity towards other Americans based on the color of their skin. Michelle Obama’s speech was replete with examples of grievances and prejudice that she clearly holds towards white Americans.

Let’s look at just two of the examples of supposed white racism that she felt compelled to mention during her address to the Tuskegee University graduating class during her commencement address.

Michelle Obama talked of the feelings that apparently she personally has experienced as a result of her skin color, when “white people would cross to the other side of the street when approaching an individual or a group of black people.” She also commented on being “watched closely by merchants when entering a store.”

Are those two examples she offered evidence of racism, or is it perhaps instead evidence of ‘realism’ that she describes? Has she ever heard of the “Knockout Game” which has sprung up recently in American cities, almost exclusively perpetrated by black people against white people?

If you’re not familiar with the Knockout Game, it’s played by primarily by young black people who when passing a white person on a city street will ‘sucker punch’ the white person as they pass by them.

I’m not up on all the rules and scoring, but apparently more points are awarded if the white person is actually knocked unconscious and lays helpless on the street. Sometimes their wallet or purse is taken by the perpetrator as an added bonus.

Often times a video of the “game” is posted on YouTube afterwards, sort of a ‘highlights film’ for the viewers and participants to watch again and again. Apparently it’s become something of a spectator sport for many black youths.

Considering the ‘Knockout Game,’ not to mention the national crime statistics showing the large disparity of crimes committed by black people against white people, is it necessarily racist to cross to the other side of a street when being approached by a group of black youths? Or is one just recognizing the ‘realism’ of the threat of being a crime victim nowadays at the hands of black youths, and simply being cautious ?

Mrs. Obama also mentioned being watched closely by merchants when entering a store. Obviously she’s also forgotten about the so-called ‘Flash Mobs.’ And we’re not talking about the group of individuals who seem to spontaneously gather together to sing and perform in public venues, entertaining the crowds of spectators.

The Flash Mobs I’m referring to consists of a large group of black youths who enter a business and spread out once inside. Then they quickly grab as much merchandise as they can and run out the door, stealing hundreds if not thousands of dollars from a merchant in an instant.

Any merchant that might protest or try to stop them is threatened or assaulted by the thieves. So is it “racist,” or might this almost exclusively black phenomenon also be a valid reason for a merchant to be on guard at times?

Instead of preaching a message of hate to the young graduates of Tuskegee University Mrs. Obama could have used this occasion to offer a message of encouragement and racial healing. But much like her husband always does she choose to claim racial victimhood and racial bias against black Americans by white Americans as the explanation for the problems facing much of the black community.

And apparently also overlooking her own husband’s experience of being elected and then re-elected as president of the United States as a clear example of institutional racism being a thing of the past. A hell of a lot of white folk put their faith in her husband and voted for him in order for him to win the White House twice!

It certainly isn’t racism that has caused many white people to reevaluate their support of Barack and Michelle Obama. It’s a realism and an understanding based on his record in office and her public comments since her husband took office that the Obama Administration has a long way to go before his presidency will be viewed as being one for “all Americans.”
Enes Kanter Roasts ChiComs with New Shoe That's Sure to Anger the Woke NBA
Spencer Brown
McCarthy Asks Biden for Meeting on 'Alarming' Border Numbers and Dems' Amnesty Push
Julio Rosas
Top Florida Republican Joined Dems to Criticize State Surgeon General After He Was Kicked Out of Meeting
Leah Barkoukis
Fun: Conservatives Dunk on NYT Column Claiming Opposition to Taxes Is GOP's 'Rotten Core'