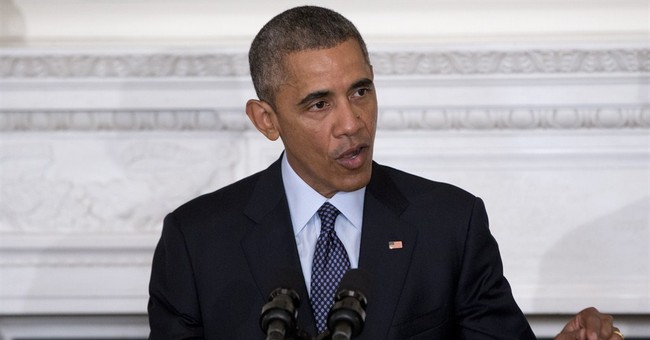 During a PBS program In May 2011, the Obama Administration White House Coordinator for Arms Control and Weapons of Mass Destruction Gary Samore was quoted, "we're glad the Iranians are having trouble with their centrifuge machine and we are doing everything we can to make sure that we complicate matters for them".

With a wink and a nod Samore basically acknowledged U.S. involvement in the computer virus which caused extensive damage to computers used by Iran in their nuclear research efforts, and which has helped to significantly delay Iran achieving their goal of developing a nuclear weapon.

Unfortunately as has been typical of this administration, much like a small child who is told a ‘secret’ by a classmate in grammar school and who is just bursting inside wanting to share the secret with others, the Obama Administration doesn’t seem to understand that once a ‘secret’ is revealed it’s no longer a secret.

Throughout the past six years this president and his sycophants have repeatedly revealed highly classified details about military or intelligence operations, apparently in some kind of desperate attempt to show the American people and the world how ‘rough and tough’ they are and that they’re fully engaged in the defense of the United States of America.

Little regard has been paid by the administration or their allies in the news media to what the unintended consequences might be as a result of highly sensitive information becoming public knowledge. The administration seems to think that only Americans read American newspapers or watch American television. Unfortunately the liberal media is all too eager to help the Obama Administration try to sell their brand of snake-oil to the American people.

No one from the media or the Obama Administration asks the men and women who are placed in harm’s way how they feel when they see on the evening news highly classified secrets that would put them in jail for life if they were to make them public.

Information that once disclosed places at risk the lives of American service members involved in sensitive special operations. No one in the Obama Administration has apparently heard nor pays any heed to the old adage that “loose lips sink ships”.

At times it seems that their main concern about the military and Special Operations in particular is how they can lower the standards of our elite forces so that women can gain entry into these specialized combat arms groups.

Undoubtedly should that happen someday one can be certain it will be ballyhooed throughout the media, and once again placing at risk the very lives of not just the individual they want to celebrate, but all of her colleagues as well.

That brings us to the recent announcement that we will conduct offensive military operations to take back the Iraqi city of Mosul. While I’m sure the American people have an interest in what Barack Obama intends to do to fix what he screwed up by failing to reach an agreement that allowed us to keep some military in Iraq as a stabilizing and rapid response force. But so too do the ISIS terrorists have an interest in what our plans are.

The better for them to make plans to provide a very warm reception for our forces as we begin our operations to retake Mosul. I suspect a warm reception will be waiting on every street corner of Mosul as our military enters the beleaguered city. And the cost in American lives will be significant.

Obama’s weakness, incompetence, and indecision as a leader only breeds contempt and aggression from our enemies. Now we even have ISLAMIC terrorists threatening more attacks against the “Mall of America” and other potential targets within the American homeland.

One would think that the Obama Administration would be very adept at protecting sensitive information, considering how effective they’ve been at hiding Barack Obama’s college records, and how his radical history and associates concealed or lied about during his first campaign for the presidency.

Considering his record of executive actions and memorandums, and the next ones he has planned in order to circumvent Congress, sometimes Barack Obama’s been real adept at keeping secrets. Just not the secrets he should be protecting to keep from placing American lives at risk.