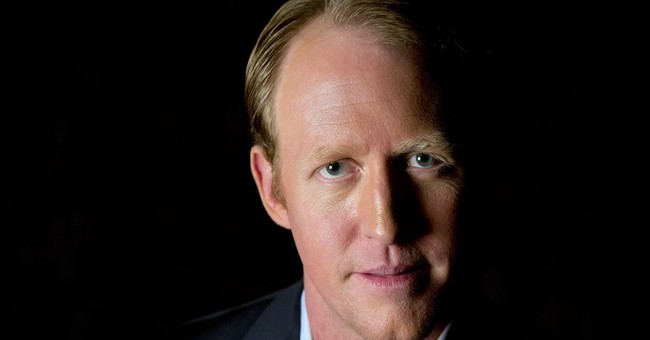 Having served in the ‘wilderness of mirrors’ as an intelligence officer, I must confess to some mixed emotions when I first heard of Navy SEAL Rob O’Neill coming forward as the man who killed Osama bin laden. Some of the initial reports are that he has been under some criticism from some for discussing the operation that brought an end to the life of the world’s most wanted terrorist. America’s secret warriors eat, sleep, breathe and live OPSEC, how Operational Security is normally referred to. They also often die when OPSEC isn’t protected. Many in the secret world of the Special Operations Community and the CIA can tell stories about how missions were compromised because of slip-ups with OPSEC. Someone’s loose lips sunk a ship, to use a World War II cliché. Taking OPSEC lightly can indeed cost lives.

So listening to Rob O’Neill openly discuss the mission which ended Osama bin Laden’s reign of terror was confusing for an old Cold Warrior such as myself. Though I never heard anything that either wasn’t already common knowledge or at least hadn’t already been previously made public, I was still uncomfortable with the idea of openly discussing a mission of such importance, and one with so many moving parts most assuredly all of which were highly classified. But as O’Neill has told his story and his subsequent interviews, my feelings have now changed.

What I began to see was a decent, common man, honorable and dedicated to serving his country. Someone willing to take the risks to do great deeds while ignoring the threat to life and limb. Staying focused on doing his duty as he saw that duty through the eyes of a patriot. There was no bravado, no “Look at me, see what I did” that so permeates a society that has become ‘all about me’.

I heard the quiet confidence of an American patriot who stepped forward when his nation called. Just as many others have done who put on a uniform and tie up their boots every single day in defense of this nation. What I saw was the perfect example of what this nation needs more of: REAL honest to goodness heroes.

We live in a fast-paced impersonal world, seemingly governed by how many gigs of memory ones’ cell phone has, and if there’s a Starbuck’s nearby. A nation that glorifies sports figures, entertainers, and sometimes even criminals. Rob O’Neill and people like Rob O’Neill should be the commencement speakers at every American college and university in this country, NOT cop killers like Abu Mumia Jamal!

School children and college students are fed a leftist’s view of American history by academic elitists who completely omit anything that might reflect a favorable light upon our nation. They accentuate the negative. Many of our own political leaders spend ninety percent of their time tearing the country down and telling us how bad we are instead of promoting America as a beacon of freedom in a dangerous world.

Of course there’s nothing wrong with self-improvement as a person, or even as nation for that matter. One should always look for ways to become better people. But let’s not re-write our nation’s history, leaving out all the good things we have done around the world while focusing only on the regrettable parts of our past.

So watching Rob O’Neill share the heroism and dedication that he and many others have displayed in our defense is a good thing. Perhaps we need to see more people like Rob O’Neill who will step forward somewhat hesitantly into the spotlight and tell us their story. Let the American people know that commitment to a cause, self-sacrifice, and heroism are indeed important things for them to know about.

Those character traits matter so much more nowadays than ever before.