A leading scholar in the intersection of faith and politics in the United States (particularly regarding the American presidency), Charles Dunn was named Dean of the Robertson School of Government in August 2004. Dunn brought to Regent his considerable experience on Capitol Hill as well as his already distinguished credentials in academia. Dunn’s former political posts include serving as a Special Assistant to the Minority Whip of the United States House of Representatives, Deputy Director of the Republican Conference in the House, and Chief of Staff to a United States Senator from New York.

Dr. Dunn left politics to pursue a calling to academia. His professional achievements in the academic arena include the creation of the Department of Political Science at Clemson University and serving as Dean of International Studies at Grove City College. He was also appointed by Presidents Regan and George H. W. Bush to the Fulbright Foreign Scholarship Board, serving as its chairman for four terms.

A versatile author and scholar, Dunn has penned several books including:

The Scarlet Thread of Scandal: Morality and the American Presidency (Rowman & Littlefield, 2000).

His latest book, The Seven Laws of Presidential Leadership, was published by Prentice Hall in 2005.

Born Bloomington, Ill., Dunn earned his M.S. and Ph.D. from Florida State University and his B.S. from Illinois State University. He is married to Carol Nelson Dunn and is the father of four grown children.

Articles
Obamacare’s Unsung Hero
January 17, 2014 |
The Senate Would be More Efficient Without the Filibuster, and That's the Problem
November 26, 2013 | 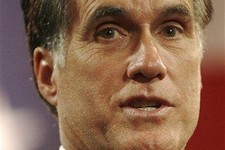 Mitt Romney and Jack Kennedy: Will history repeat itself?
By Dr. Charles Dunn
In 1960, a little-known junior Senator from Massachusetts, Jack Kennedy, surprised political pundits by breaking through the anti-Catholic barrier ...
April 09, 2007 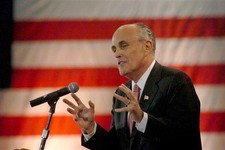