Lessons From God via "Dude, You're Screwed" 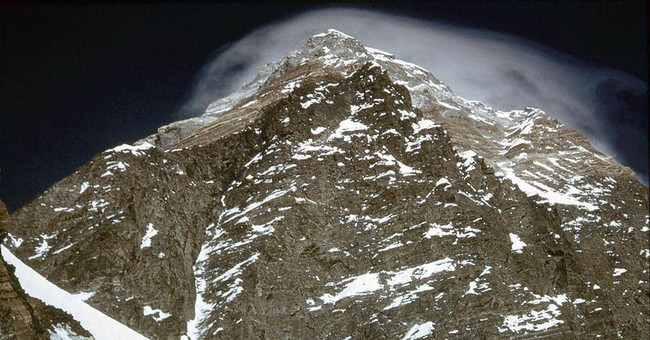 One of my favorite TV shows is DUDE, YOU’RE SCREWED.

For those not hip to the show, below is the lowdown from their website. Check it out:

In DUDE, YOU’RE SCREWED, five of the world’s most elite, thrill-seeking survivalists will find out…

Unprepared and left to fend for yourself, what would you do if you were captured, blindfolded and taken to an unknown, remote location? Viewers are about to find out as these five survivalists must prove they have what it takes week after week as they play this “game” that puts all of their skills to the ultimate test.

Each survivalist has a different background:

Each survivalist is captured one at a time by the other four. The capture could take place at work, at home, at a coffee shop, ANYWHERE! They must always be on guard. Then, they are dropped in one of the world’s harshest environments and must make their way back to civilization, alive and unscathed, all within 100 hours, or it’s game over!

Meanwhile, the other four compatriots monitor and scrutinize the target’s progress (and vital signs) from a nearby remote command center. It’s man against nature (and his four “best” friends) as each action-packed, dramatic episode of DUDE, YOU’RE SCREWED crisscrosses the globe — from dense jungles to frigid glaciers — to match wits in this game of survival.

With reputations and bragging rights on the line, do these guys have what it takes to survive the ultimate challenge?

Here are some biblical lessons I jotted down that were underscored in DUDE, YOU’RE SCREWED!

1. This test-from-hell is on purpose. God, like the survivalist’s “friends“, will put us in predicaments that’ll take us to our limits. Please note that the “friends” arranged for the other’s “testing“. God also arranges for our faith to be tested (Jas.1:2-4). We must note this because he will allow life to stretch us like the elastic in Rosie O’Donnell’s massive panties. Ah, what’s the matter? They didn’t tell you that in Sunday School? As this show and the Bible point out, our job is to be prepared when the crap hits the fan.

2. Expect it when you least expect it (1Pet.5:8). Another interesting little ditty drawn from this program was the surprise attack launched upon the unexpected party. The survivalist featured in each of the episodes has to live in an enhanced state of readiness to avoid being captured by his psycho pals. In the “chance” that they do get captured and whisked off to Mount Kill-A-Wussy they need to make do with what they have on hand and the various weird tools and accouterments the captors afford them once they dump them off in the middle of nowhere to fend for themselves. According to Jesus, we too have to be ready at all times because we do not know when the storms, winds and floods are gonna rock our world (Mat.7:24-27).

3. God’s watching and will be there if we crash and burn. God, like these adrenaline junkies, both arranges for our testing and is ever watchful and will be there at a moment’s notice to aid and/or extract us from the adversity should we start tapping out. In, DUDE, YOU’RE SCREWED! as much as the other survivalist want to see what the other is made of, they also don’t do it to such an extent that it destroys the one that’s cooking in the crucible. And, according to the Scripture (1Cor.10:13), neither does God.

4. True brotherhood. From a fellowship standpoint, the Special Ops of DUDE, YOU’RE SCREWED! want each other to thrive versus die like most small-minded Christians. I’d much prefer hanging around these gents versus a lot of back-stabbing weasel pastors and Christians that I’ve had to “fellowship” with. 1000pts for the true brotherhood depicted on this show (1Cor.12;12-26).

5. We have a reputation to uphold (Rom.8:31-39). These men got through insane obstacles in DUDE, YOU’RE SCREWED via wits, willpower and pride. They want to prove, “we have what it takes.” I wish more Christians would be like that when they start going through rough patches.

We need to understand we represent the King of Kings, that he’s given us all things for life and godliness (2 Peter 1:3) and that we have what it takes to get over this mountain; and we should be spiritual survivalists as an act of worship in honor of him, the Unconquerable Christ. Uh, earth to church. We do kind of have a reputation of hardiness to uphold, duh.

As far as I’m concerned, this overcomer’s spirit, that’s championed in DUDE, YOU’RE SCREWED!, is much more appealing to me than being a defeated Christian who’s rolled up in the corner of a the room, in the fetal position, sucking his thumb, wearing a big-ass Christian diaper because they had to go over a molehill in the Garden of Eden.