Do Stars Who Self-Destruct Bypass Hell Because They Entertained Us? 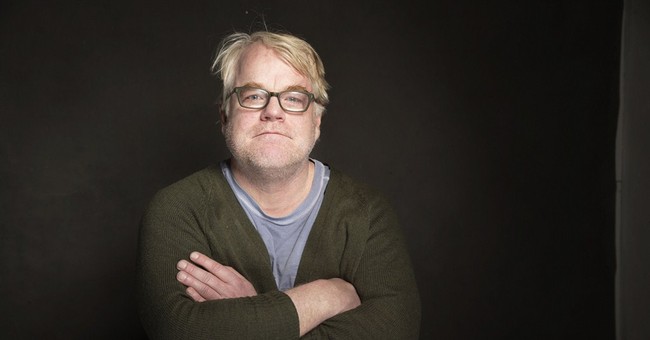 Last Sunday, as most of you know, the Oscar winning actor Philip Seymour Hoffman died of a heroin overdose. Strewn about the millionaire’s abode were sixty bags of un-used smack along with five empty/used bags of the “Ace of Spades”. According to the reports, those who discovered the dead thespian said he was found deceased with a needle in his arm. Not a pretty picture.

Later that same night, as the news channels began to report on Hoffman’s death, the various talking heads began to wax eloquently about how he was a great actor, a normal guy, who rode his bike around the neighborhood, loved his children and was an all-around good dude who was now “resting in peace.”

This left me thinking, “What the hell ever happened to hell?”

Did it get shut down?

Did I miss a Facebook alert about its closing?

Did Obamanomics also accelerate its demise?

I wonder this because I don’t hear much about the netherworld or the Prince of Darkness anymore and it appears as if, at least according to E! News, you can believe and do whatever the heck you want nowadays and upon your seedy expiration – boom! – you’re in heaven playing a harp, walking around in a white peignoir, sitting on a cloud, eatin’ ice cream with Jesus.

As a former self-destructive, narcissistic drug addict, my carnal man wishes it had that option available thirty-plus years ago, back when I was a hellion, because I never would’ve repented and started following Christ’s lead. Because, you know, he can be a real cosmic killjoy to the lust of the flesh, the lust of the eyes and the boastful pride of life; and what druggie doesn’t want to have his coke and snort it, too?

Just think about it. What a wonderfully convenient and fleshily appealing notion. Heaven without desisting from or believing anything!

Check it out, according to the glitterati …

- I can go to heaven without faith in Christ’s sacrifice

- I can screw everything that’ll hold still

- Fuel the nasty, despicable, murderous drug trade with my money

And when I die during an O.D. of frickin’ heroin, when I come to, I will be rocking up instantly to the same place Mother Theresa calls home. Yahtzee! What a deal. Shoot, that’s better than the Toyota Sale-A-Thon.

Unfortunately for my flesh, back when I was a user the only option available for me to pull my head out of my backside and to bank eternal security entailed my putting my trust in Jesus’ finished work on the cross and doing a 180 away from all the things that caused him and humanity pain. As stated, there was not the option of doing whatever I wanted and still entertaining a hope of heaven when I was to take the big dirt nap.

However, as seen with the Hoffman situation, it’s now being afforded to us especially if you’ve won an Oscar or a Grammy. Or if you’re a fashion designer. Or any other BS profession that entertainment lackeys drool over. To them, if you dazzled us on the silver screen, the small screen or via the stage … then hallelujah, God loves you and abracadabra … you’re in.

Does it not strike any of you as strange that playmates, reality stars, rock stars, godless actors, mean old aunts and uncles who openly defied God and all that is holy, just and good are instantly sanctified once they die and they’re heading for the same place Billy Graham is?

That’s cuckoo talk to me. But if you’re comfortable with it, good luck. That’s definitely not a dice roll I’d bet on. But then again I could be wrong and the CNN entertainment reporter could be right.