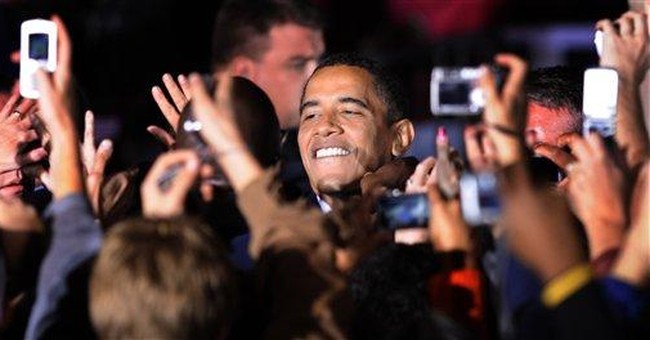 Young gun owners and hunters. Yeah, you. If you vote for Obama then you will have crapped on your future second amendment rights and the sport you supposedly love.

Welcome to reality, young squab, may I take your coat?

Yep, Dufus, if Barack becomes dictator—I mean president—and you begin to see your right to bear arms erode like Bill Clinton’s conscience at Hooters and you commence to spot the sport of hunting disappearing like a massive bag of Cheetos in front of a rather peckish Rosie O’Donnell, I sure as heck don’t want to hear any of you Obama backing wussies whine about it. Why? Well, you asked for it, and now you got it. You’re the one who, in spite of sick evidence against Barack, decided to vote for the most anti-gun candidate in US history just because he’s “young, cool and can play basketball.”

For those undecided gun lovers who can read and still reason, here’s the reality of the Obama/Biden ticket when it comes to hunting and your right to lock and load.

Are you ready for some truth? You are? Are you sure? Okay then . . . sit down, let your head clear from that last hit of Obama propaganda ganja you just inhaled, turn off MSNBC, log off the DailyKos, put down the Audacity of Hope and give me, my young gun owning/hunting friend just two minutes of your attention and check out this list from gunbanobama.com . . .

• Reality. Obama supported increasing taxes on firearms and ammunition by 500%. That means the $500 Ruger you want to buy that currently has an excise tax of $55 would skyrocket to $330 tax. (Chicago Defender, 12/13/99). But that shouldn’t bug you, Obama backers, because you’re all about “spreading the wealth,” aren’t you?

• Reality. Obama opposes four of the five Supreme Court justices who affirmed an individual right to keep and bear arms. He voted against the confirmation of Alito and Roberts and has stated he would not have appointed Thomas or Scalia. (United States Senate vote 245, 9/29/2005 and vote 2, 1/31/2006 and Saddleback Forum, 8/16/2008).

• Reality. Obama voted for an Illinois State Senate bill to ban and confiscate “assault weapons,” but the bill was so poorly crafted, it would have also banned most semi-auto and single and double barrel shotguns commonly used by sportsmen. (Illinois Senate Judiciary Committee, 3/13/2003).

• Reality. Obama has endorsed a complete ban on handgun ownership. (Independent Voters of Illinois/Independent Precinct Organization general candidate questionnaire, 9/9/1996. The responses on this survey were described in “Obama had greater role on liberal survey,” Politico, 3/31/2008).

I know what some of you are thinking: Garsh Doug, Obama said he would “let us” keep our guns, and he doesn’t have a problem with hunting. Yes, I know that Barack said that, Dinky. He also said that Ayers is just a dude from his neighborhood, he didn’t know Rev. Wright was a freak, Iran is a little non-threatening nation, “spreading the wealth” is not socialism and Michelle Obama really is nice and loves America.

Having said that, I do believe Obama when he says he will “let us” keep our guns if he becomes President. He will allow us to keep them in the gentle recesses of our long term memory—but not in our gun cabinets.

So . . . young dude . . . before you do something goofy on November 4th by voting for Obama, please, my young gun and hunting fan, please go to Starbucks, order a double espresso and wake the hell up and vote for your Glock.