Donald Lambro
|
Posted: Dec 23, 2016 12:01 AM
Share   Tweet
The opinions expressed by columnists are their own and do not necessarily represent the views of Townhall.com. 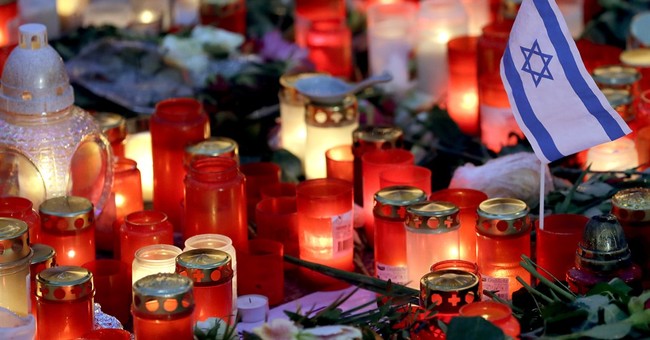 WASHINGTON - In this season of joy when we pray for peace on earth and good will toward men, there seems to be precious little of either nowadays.

The Middle East remains a bloody cauldron of death and destruction, triggering the worst refugee crisis since World War II.

Syrian dictator Bashar al Assad, with the help of Russian thug Vladimir Putin, has barrel bombed, killed and maimed innocent men, women and children, to keep himself power — in a war with no visible end in sight.

And Donald Trump continues to believe that Putin, the Kremlin’s former KGB agent who has invaded neighboring, peace-loving Ukraine, is a great and strong leader worthy of our respect.

The Age of Terror by Islamic extremists shows no signs of abating as its war against the “infidels” spreads beyond its own region into the heart of Western Europe and our own homeland.

The murderous Islamic State, known as ISIS, took full credit for the actions of its “soldier”, the man who drove a truck with a heavy payload of steel into a festive crowd of Christmas revelers in Berlin this week, killing a dozen people, and wounding dozens more.

It was but the latest of many attacks by ISIS soldiers across the heart of Europe that sends their grim message of much more human slaughter to come.

Indeed, “the attack had achieved one of the Islamic State’s stated objectives: spreading fear and chaos in a Western country in hopes of sharpening the divide between Muslims and everyone else,” the Washington Post reported .

“Terrorism experts likened the claim to a declaration of all-out war against a country that until now had seen little of the terrorist violence that has rocked its Francophone neighbors. Germany, with its large Muslim community and recent history of political discord over Muslim immigration, has long been viewed by the militant group as an important strategic target…” the newspaper said.

Indeed, ISIS’s propaganda machine has said as much. The terrorist army has been urging its brothers in death to repeat the terrorist attack that took place in Nice, France last July 14, a similar truck attack that struck down scores of people, killing 86.

A posting on an ISIS media outlet had a Muslim fighter urging followers to “take my truck and go forth, towards my enemies upon whom I will inflict a true punishment, until they are afflicted with grief.”

Another chilling ISIS message appearing in the organization’s English-language magazine last year warned “Muslims in the West… will quickly find themselves between one of two choices: they either apostatize and adopt the [Western] religion… or they emigrate to the Islamic State and thereby escape persecution.”

This is the kind of psychotic warfare that is now at work on a truly global scale that has spread its deadly infection throughout the Middle East, North Africa, Asia. And more recently, its increasing attacks in Europe, and — let’s not kid ourselves — the U.S., too.

The ISIS-inspired gunman who slaughtered 49 people, and wounded 53 others, at a gay nightclub in Orlando in June, is the most recent reminder of the terrorists in our midst.

Intelligence officials say they are constantly probing and plotting to inflict new attacks here, demonstrating the need for ceaseless vigilance.

Attacks in London, Paris, Nice, Berlin and elsewhere in Europe, and here at home in New York City, San Bernardino, Boston and Orlando, is likely only the beginning of a long terrorist war against the civilized world.

President-elect Trump has vowed to strengthen, tighten and fine-tune our immigrant and visitor vetting procedures, and no doubt some of that will be done.

But even tougher security measures are called for in the wake of the latest attacks abroad and at home, including a significant expansion of our anti-terrorist intelligence force, and beefing up its budget in the process.

Surely that should be one of the top priorities Congress must address when it reopens for business next month.

We are in store for a long, generational war against a shadowy and often unseen enemy that can strike at any time when and where Americans gather in public places.

It takes only a heavy truck, with one insane man at the wheel on a crowded city street, or a few pressure cookers loaded with explosives and shrapnel left on a sidewalk, to inflict a lot of casualties.

Tragically, this is the evil presence lurking in our midst in this Christmas season of hope for peace and good will toward men.