Donald Lambro  |  Apr 15, 2016
The opinions expressed by columnists are their own and do not necessarily represent the views of Townhall.com.
Top Columns
Trending on Townhall Media 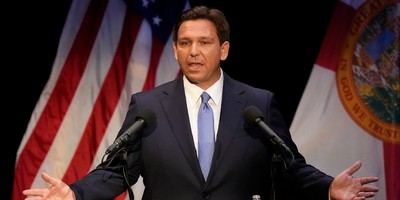 The massive crowd that gathered Wednesday in New York City's sprawling Washington Square Park was typical of the huge number of voters across the country who have rallied to his cause.

But his real target is American capitalism, the system that has made our country the largest and most successful economy in the world.

He would break up the nation's big banks, take control of Wall Street with a punitive, government-run regulatory system that only Vladimir Putin would love, and slap the U.S. investment community with the highest tax rates ever levied on our economy in the last half century.

His supporters, largely made up of the working class, union members, and, to a large degree, college students who have been brainwashed by their socialist professors.

In his campaign speeches, Sanders regularly points to Europe's socialist economy, detailing all of the wonderful "free" services they provide their citizens.

What he doesn't say is that Europe has long suffered under one of the highest unemployment rates in the industrialized world.

It is a region that has long been held back by anti-job growth labor laws, steep business tax rates, massive state regulations, and a large, costly government bureaucracy. The Eurozone's unemployment rate was 10.3 percent in February, following an upwardly revised 10.4 percent in January, according to Eurostat which tracks the continent's economic statistics.

Jobs have long been hard to come by in Europe which has lost a lot of its best talent who have gone elsewhere, especially to the U.S., in search of better jobs and higher incomes. That's what Sanders' harmful economic agenda, welfare state proposals and poisonous class warfare would do to our economy.

It is unlikely that Sanders has any chance of outrunning Hillary Clinton's bid for her party's nomination, but, still, his growing appeal among a large slice of the U.S. electorate is deeply disturbing.

What's missing in our political dialogue are leaders who can explain why America's underperforming economy is in deep trouble. Why good paying, full-time jobs are in short-supply. Why higher tax rates on businesses and investors -- which Bernie Sanders is promoting -- would only kill job-creation, reduce incomes, inhibit capital investment, and further weaken our economy.

Sadly, strong, articulate leaders who know how to make the argument for a healthier economy are all but missing in this election year.

Indeed, with very few exceptions, I'm not hearing the case being made by this year's crop of candidates.

Hillary's offering us Bernie Sanders' Lite. Donald Trump rarely explains his economic and tax cut agenda, except to say he will be "a great jobs president" and will deport 12 million illegal Hispanics. Huh? How does that create new enterprises and more job-producing employers?

Texas Sen. Ted Cruz has a flat tax plan that wouldn't get to first base in Congress, but he, too, has given short shrift to the economy which is the number one issue in all voter polls.

To his credit, Ohio Gov. John Kasich has talked about economic issues and his across the board tax cut plan to get our economy up and running again. But thus far, he's not a contender in the delegate race for the nomination.

Reading the online responses to my column lately, it is clear that many voters, especially those who are unhappy with the Obama administration, blame the GOP Congress for most or all of our ills.

Why isn't Congress cutting the budget and reducing our mounting debt? Why isn't it enacting incentives to expand our economy, create more jobs, and boost incomes?

The short answer is that President Obama has made it clear he would veto any such legislation. He doesn't have the slightest interest in spending cuts or reducing tax rates to boost economic growth.

It isn't that Republicans are ignoring this issue. For the past few years they have been preparing a comprehensive tax reform, revenue-neutral plan that is ready and waiting for a president who will sign it into law.

But most Democrats in Congress are opposed to across the board tax cuts, and so is Obama. So the legislation is on the shelf, awaiting a change in the political direction of the country .

It's going to be a long wait, because every major poll shows Trump's controversial, nativist campaign can't beat Hillary who will draw most of the Hispanic vote, virtually all of the black vote, and the Democratic faithful in the major electoral states.

Each of these tax cuts were hugely successful. But is anyone talking to the voters and educating them about any of this? Sadly, no one.