Can The Next Speaker Of The House Pass Tax Reform? 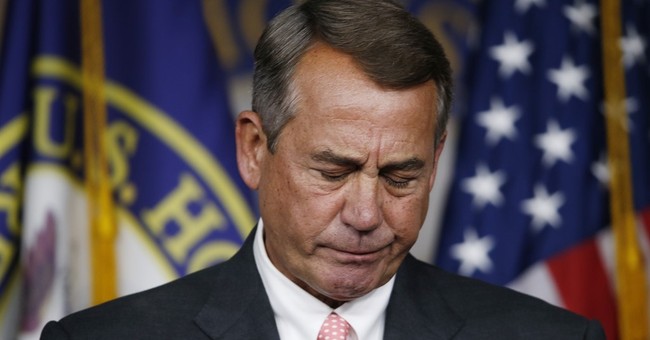 WASHINGTON - Congress was hit by two blockbuster issues in the past week: choosing who will replace John Boehner as House speaker and the GOP's plans to cut income tax rates if they win the presidency next year.

After five years as House leader, Boehner has lost the trust and support of of his party's conservatives and will call it quits by the end of October.

The hunt is on for a replacement but it is likely to be a bitter and messy fight that couldn't have come at a worse time - on the precipice when everything is on the line and Republicans must reassure Americans that they can put the nation back on course.

House Majority Leader Kevin McCarthy of California has announced his bid, but he was Boehner's hand-picked choice for his No. 2 position, and distrusted by many in the House GOP's conservative wing.

McCarthy has pledged to "heal the divisions on our conference with work, time and trust. I look forward to fighting with you for our shared conservative principles," he said in a letter to his GOP colleagues.

Hensarling of Texas, who has fought Boehner in the past, and Rep. Peter Roskam of Illinois.

While hard-core conservatives were frantically looking for a candidate over the weekend to challenge McCarthy, only Rep. Daniel Webster of Florida, a long-shot, had put his hat in the ring.

Many in the conservative community were warning that other potential candidates need to act soon, if they had any hope of installing a hard-core conservative in the top leadership position.

"If grassroots conservatives want one of their own to be speaker, they have to unite quickly behind an alternative," Jim Geraghty wrote in National Review's Web site on Monday. Or else, McCarthy "is a slam dunk" to be the next speaker.

If so, it was because of the years he as been building relationships since 2010, and gathering IOUs.

"You all know me. We've spent late nights on the House floor together. I've visited your districts and met your families and constituents," he said in his letter to colleagues. "More importantly, I have gotten to know your ideas, your goals, and your vision for our conference and our country."

McCarthy also wrote of the deep discontent that some members had with the way Boehner dealt with legislation and voting strategies.

"I know that the People's House works best when the leadership you elect listens to members and respects the legislative process entrusted to committees," he wrote.

If McCarthy wins the speakership, one of the major issues he will have to deal with will be tax reform.

All of the top GOP candidates have drawn up a tax cut plan to rebuild the battered Obama economy and reform the dysfunctional tax code to make it simpler, fairer and pro-growth.

The newest plan was unveiled by Donald Trump on Monday, but left many economists scratching their heads, saying that his proposal leaves out critical details about whether it is revenue neutral.

"It doesn't look remotely revenue-neutral to me unless it is in the very short run and unrealistic assumptions are made about the revenue gained from a one-time tax holiday on repatriated corporate profits," says Bruce Bartlett, one of President Reagan's economic advisers in the 1980s.

"It looks like a huge tax break for the rich," says Dean Baker of the liberal Center for Economic Policy Research.

Trump, on the other hand, said his tax cuts "will grow the American economy at a level it has not seen for decades. And all of this does not add to the U.S.

Under his plan, the top tax rate on individuals would fall from 39.6 percent to 25 percent, and the top corporate tax rate would drop to 15 percent from 39.1 percent.

Trump says he would offset these tax cuts by phasing out a broad range of tax deductions, loopholes and other tax breaks for big business and the wealthy, but offers few details on what they would be.

He would cap one of the largest loopholes for hedge fund managers by increasing taxes on the fees managers collect, called "carried interest."

He would eliminate taxes on the first $50,000 of income for married couples, but exempts the popular mortgage interest tax deduction from his tax changes.

Many of his recommendations are similar to ones that his rivals for the GOP presidential nomination have also proposed .

Trump said that his tax cut plan would boost economic growth by between 3 percent to 6 percent, "levels it hasn't seen in decades."

He says that his plan would be "fully paid for" but he did not include revenue projections with his estimates of higher economic growth.

That means, he doesn't know how much growth revenue would come in to offset tax revenue losses that would only worsen our country's $18 trillion debt.

Sadly, the tax cut plan that could emerge next year has to await a new, pro-growth, pro-job president, because tax cuts are not on Barack Obama's agenda.