Racial Prejudice and Hatred Have to Be Carefully Taught 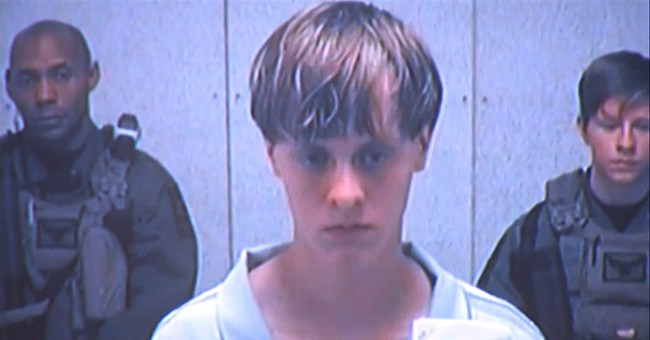 WASHINGTON - Once again our nation has been deeply wounded by a hateful, racist attack -- this time by a white gunman who murdered nine black, Bible study worshipers in a church in Charleston, S.C.

People are looking for answers as to why 21-year-old Dylann Roof, who was welcomed into the church gathering, pulled out a gun and began killing those around him in a cold-blooded massacre that has shocked our country to its core.

But there can be no rationale to explain this evil act by an avowed white supremacist whose mind had become infected by a senseless hatred of people of color.

Yet in the painful aftermath of this dreadful tragedy at the Emanuel African Methodist Episcopal Church, people are saying that something of a transformation may be taking place.

"This tragic event has begun a process of transformation," the Rev. Keith Hunter, senior pastor of Wesley United Methodist Church in Hollywood, S.C., told the Washington Post. "It has caused those in our community who have been silent and enjoying white privilege to change their conscience. This tragedy served as a wake-up call they can no longer ignore. This horrific act transformed them."

He had just been talking to Joseph McCain, a 55-year-old white man who lives in Charleston, who told him he knows people who constantly used the N-word when they referred to black people.

"Now they are saying what a terrible thing this boy did because it happened in a church," McCain said, adding that "this shooting in a church basement is making people change a little bit. They admit this is a travesty."

Evidence of this change was very visible Sunday when large crowds of white residents gathered at the steps of Emanuel AME. Many were reported to be crying. White congregants from St. Michael's Church placed a cross on Emanuel's steps, and they attached notes of condolences and left nine bouquets of white roses.

At a prayer meeting on Thursday at a nearby black church, the gathering was about equally divided by race. "We met at Morris Brown AME, a few blocks from here. There were just as many white people as blacks," Hunter said.

Many white residents of Charleston are talking far more openly to reporters about the church shootings, admitting that it has dramatically changed their attitudes about race, especially among young people.

But when the dead are buried and the story disappears from our nation's newspapers and nightly network news, will the shock effect of this despicable act fade away and be forgotten?

Or will something lasting come from all this? Can it be a moment that changes the way people act toward one another and think about race?

As soon as this despicable act became news, the talk immediately turned to the issues of enacting tougher gun control laws. But in recent years, many of the firearms that were used by mentally disturbed youths turned out to be weapons that were legally purchased by their parents.

But perhaps we also need to look to other approaches to prevent similar tragedies from occurring in the future.

Maybe a part of the solution has to do with discussing racism and tolerance in our public schools, churches and other institutions in our communities.

Maybe the strongest weapon against what happened in the Bible study class at Emanuel AME is education.

When I first heard the news about who carried out the attack on parishioners, I recalled the South Pacific show with Richard Rodgers and Oscar Hammerstein, which deal, in part, with racial intolerance.

The song, "You've Got to Be Carefully Taught," was a sensitive, even controversial subject in 1949, but lyricist Oscar Hammerstein didn't think this was a time to mince words. Part of its message went this way:

"You've got to be taught to hate and fear

You've got to be taught from year to year.

It's got to be drummed in your dear little ear.

You've got to be carefully taught.

You've got to be taught to be afraid of people

Whose eyes are oddly made

And people whose skin is a different shade

You've got to be carefully taught."

What Hammerstein was saying in that song was simply this: Racial prejudice is not planted in people's minds by immaculate conception. It's put there and nurtured at a young age by parents or others who shaped and twisted their thinking as they grew into adulthood.

The best and most effective way to combat racism is by teaching young minds that, no matter what the color of our skin or our national origin, we're all created equal. We are all created in God's image. We must treat all of our fellow citizens with respect and dignity.

Prejudice and racial hatred are a stubborn sickness that has existed throughout human history and it will probably always exist in the human species. But education by example is a very powerful antidote. We need to start spreading that message more broadly, in our classrooms, in Sunday school, in summer camp and anywhere else among future generations.

When South Pacific opened on Broadway, the song "You've Got to Be Carefully Taught" triggered public criticism in certain quarters, and there were calls to drop the song from the story.

Author James Michener, on whose book the musical is based, wrote that Rodgers and Hammerstein "replied stubbornly that this number represented why they had wanted to do this play, and that even if it meant the failure of the production, it was going to stay in."

We've come a long way since those days and America is a far better, more racially tolerant country as a result.

But the tragic events in Charleston suggest that there is still a lot of work to do to achieve a more perfect union.