Donald Lambro  |  May 04, 2010
The opinions expressed by columnists are their own and do not necessarily represent the views of Townhall.com.
Top Columns
Trending on Townhall Media 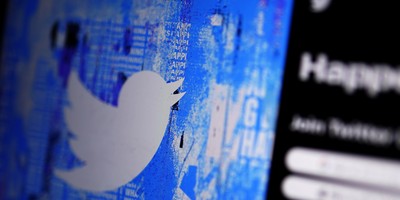 The White House tried to make the modest 3.2 percent growth rate -- down sharply from 5.6 percent in the fourth quarter -- sound as if it were the greatest thing since sliced bread. But the gross domestic product (GDP) number -- which totals all the goods and services our economy produces -- was riddled with apparent weaknesses.

The end-of-inventory drawdowns pumped up the GDP as businesses began replenishing depleted stocks. Half of the growth came from inventory increases. New-home sales were sparked by the first-time homebuyers' tax credit that has ended. Auto sales perked up, but they're winding down now, too.

Fixed investments in building and capital goods were tepid, and weekly jobless claims were still above 450,000, pointing to many months of continued high unemployment.

White House economist Larry Summers warned last week that the unemployment rate remains a major weakness even if the economy continues to grow. Not exactly a bullish proclamation from Obama's chief economic adviser, in the midst of an election year, no less.

The University of Michigan's Consumer Sentiment Index, which measures the mood of consumers whose spending comprises 70 percent of the economy, fell from 73.6 in March to 72.2 in April -- well below the 90 points it hit before the recession.

In short, this is an economy that the Wall Street Journal said is "still not firing on all cylinders."

The president boasted that the 3.2 percent GDP rate was "an important milepost on the road to recovery," but so far it pales when compared to previous recoveries from similarly severe recessions.

Take, for example, the robust recovery that followed the 1982-1983 recession. There are key differences between then and now, but there are also similarities, including steep declines in production, double-digit unemployment and numerous bankruptcies.

But when the two-year recession ended in November 1982, the economy came roaring back like an Atlas rocket, fueled by Ronald Reagan's 25 percent tax rate cuts and deregulation that cut business costs, unlocking new capital investment and spurring new-business formation and job growth.

That's not in the cards for Obama's recovery for the remainder of this year, if Summers is right.

The economic policy differences in the two recessions couldn't be more defined. Reagan cut taxes across-the-board, and Obama is raising them, with significant taxes set to rise on Jan. 1, 2011. Other taxes are in the works to pay for Obama's entitlement programs, followed by a severe anti-business regulatory climate that calls for placing new controls and growth limits on the financial, investment and lending sectors, and punishing costs and mandates on health care, energy and manufacturing industries.

Independent economic analysts don't like what they see and say the future looks bleak. And it isn't just corporate America who will be hurt and held back by Obama's sweeping anti-growth, anti-business policies.

"Unemployment will hang above 8 or 9 percent well into 2011, and most workers will continue to face a tough job market and declining living standards," wrote economist Peter Morici at the University of Maryland School of Business.

"This recovery is decidedly anti-middle class," he said. "Wages will not keep up with rising prices."

Unlike the Reagan tax incentives and deregulatory policies that provided self-sustaining incentives for venture-capital risk-taking and economic expansion, Obama's short-term government spending "stimulus" is coming to an end and will soon disappear.

When the spending stops, so will the so-called stimulus, not unlike what happens in a Ponzi scheme.

"The strength and durability of this recovery remain in question, as the economy sails into strong headwinds over the next few quarters," chief economist Bart van Ark at The Conference Board, a business research group, told the Wall Street Journal.

That's why many businesses are expecting a slow recovery that will deliver sub-par, modest growth under policies that are meant to grow the government at the expense of the private economy.

When I first began writing about Obamanomics shortly after the 2008 elections, I couldn't find a single independent economist who could point to one example where government spending and public-works projects fueled a strong economic recovery. Not one.

But Obamanomics isn't based on any basic rules of economic growth. It's based entirely on a long-discredited Keynesian ideology of government pump priming.