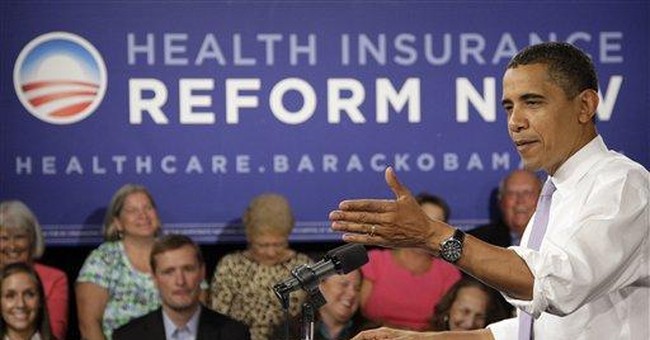 The Associated Press reported that the department's obscure Office of Professional Responsibility was investigating comments made by Marra about the depth of corruption in the state that some officials think may have crossed the line into politics. But other outside observers think that it may be the department's actions that were motivated by politics.

Marra is continuing the sweeping federal corruption investigation that late last month led to the arrests of 44 people, 29 of whom were elected or public officials. The arrests were part of a long-term anti-corruption crusade begun by U.S. Attorney Chris Christie, who resigned his post in December to run against embattled Democratic Gov. Jon Corzine.

Corruption among officials in the state has become a huge political issue that now threatens Corzine's bid for re-election to a second term in November. Polls show Christie, who convicted 130 public officials during his seven-year tenure, has been leading him by double digits for months.

The problem for Corzine is how to defuse the corruption issue. Enter the Justice Department, which the AP said has launched an investigation into U.S. prosecutor Marra "over public comments that may have helped his ex-boss' (Christie) campaign for governor."

The AP's story is based on DOJ officials "who spoke on condition of anonymity," and the department itself refuses to comment on it.

The center of the investigation revolves around remarks Marra made at a news conference last month to announce the arrests.

When asked about corruption in the state, Marra said this: "There are easily reforms that could be made within this state that would make our job easier, or even take some of the load off our job. There are too many people that profit off the system the way it is, and so they have no incentive to change it. The few people that want to change it seem to get shouted down. So how long that cycle's going to continue, I just don't know."

It's a statement that few if anyone would disagree with and certainly falls within the definition of fair public comment on why the state of New Jersey has been victimized by decades of largely Democratic corruption -- and, sadly, has been defined by it.

A Corzine campaign official declined to comment on Marra's remarks, because, as he put it, "we don't want to criticize an investigation and politicize it."

But some of Christie's Republican allies already suspect that politics is the real motive behind the Justice Department's initiative against Marra's remarks, and that's why it was leaked to the news media in the first place.

This is not the first time the power of the government has been used -- some might say abused -- to achieve or advance some political end.

Such abuse was on display last week when Democratic Rep. Henry Waxman of California, the aggressive chairman of the Energy and Commerce Committee, sent a letter to 52 health-insurance companies demanding internal financial records as part of an investigation into the industry's executive compensation and other practices.

The health-insurance industry has been a critic of President Obama's healthcare plan, but the White House's campaign to demonize it has for all intents and purposes largely failed. Polls show that most Americans are satisfied with their healthcare coverage.

So with national polls indicating growing opposition to the Democrats' healthcare bills, Waxman has embarked on what an insurance-industry spokesman calls "a fishing expedition" to dig up whatever he can find to attack one of the administration's chief opponents.

It is rather late in the healthcare debate to be demanding insurance-industry records. And it does not require very deep analysis to see what Waxman's motivations are and why he is in a hurry to get this information by early September, which includes how much top executives earned between 2003 and 2008.

Waxman and other top Democrats on the House committee were trying to "silence the health-insurance industry and distract attention away from the fact that the American people are rejecting a government-run plan," a spokesman for America's Health Insurance Plans told the AP's David Espo.

So at one end of Pennsylvania Avenue, we have the heavy hand of the Justice Department investigating whether the acting U.S. attorney in the district of New Jersey -- who is valiantly trying to clean up corruption -- has some devious political motivation to observe that things are pretty bad there and getting worse.

And at the other end of the avenue, a powerful committee chairman is trying to dig up dirt on an industry that insures 180 million Americans, just to score political points when the healthcare battle resumes on Capitol Hill.

There's a larger story developing here about political abuse of power in Washington.