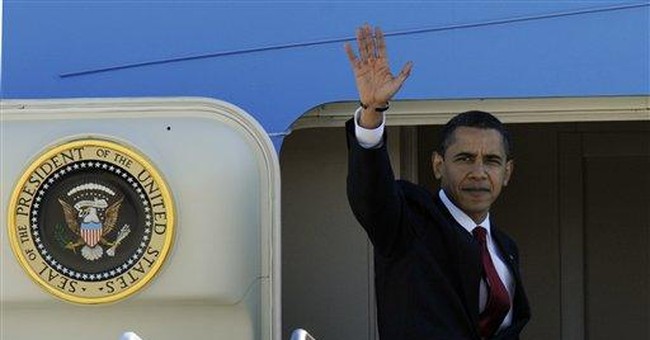 WASHINGTON -- Just as the Democrats were getting ready to pass the $800 billion stimulus plan, President Obama gave the green light to water down the bill's "buy American" trade provisions.

Labor leaders were up in arms over what they saw as a betrayal of Obama's campaign promise to support tough trade restrictions. The softer language quietly added to the bill was sought by the Chamber of Commerce and other business groups as the price for their support. In the end, they got some of what they wanted.

The behind-the-scenes battle over the "buy American" language received little media attention in the fiery political warfare over the big spending bill. But the White House's late shift on the issue shook labor's trust in the new president's promises and showed that, when push came to shove, Obama can quickly turn pragmatic.

The protectionist language that Democratic leaders inserted in the original bill immediately raised red flags over at U.S. Chamber headquarters, just one block from the White House.

Section 1605 (a) of the infrastructure-spending package on the "use of American iron, steel and manufactured goods" said this: "None of the funds appropriated or otherwise made available by this act may be used for a project for the construction, alteration, maintenance or repair of a public building or public work unless all of the iron, steel and manufactured goods used in the project are produced in the United States."

This language not only threatened to invite severe protectionist reprisals from our trading partners, triggering a trade war in the midst of a global recession -- it would have violated provisions in U.S. trade agreements.

Obama began sending signals publicly and through back channels that the provisions went too far. He told Fox News that the United States "can't send a protectionism message," then told ABC News that the bill's wording could be a "potential source of trade wars that we can't afford at a time when trade is sinking all across the globe."

The president's language was right out of the U.S. Chamber's playbook, shocking labor officials that Obama could turn so quickly on the issue, but thrilling big-business lobbyists.

That language remains in the bill, but waivers are also in there, saying it "shall not apply in any case or any category of cases in which the head of the Federal department or agency involved finds that applying subsection (a) would be inconsistent with the public interest."

Other language was added to reassure our trading partners that "the administration will ... comply with U.S. obligations under the World Trade Organization Agreement on government procurement under U.S. free-trade agreements."

As the bill was working its way through a House-Senate conference, the liberal blogosphere was burning with indignation. "President Obama submitted to globalist demands as the administration quietly watered down the 'Buy American' provisions," wrote Jerome Corsi, author of "The Late Great USA," on the World Net Daily.

What this means, Corsi wrote, is "free-trade presidents, now stretching from Carter to Obama, have won. With the added language, NAFTA, CAFTA and the World Trade Organization will continue to trump 'Buy American' efforts to support the struggling U.S. worker."

Arthur Stamoulis, director of the Oregon Fair Trade Campaign, told the Los Angeles Times that "Obama promised to support 'Buy American' legislation. The fact that he's hedging on this is not promising," he said.

But the trade-protectionist language in the bill, weasel words and all, remains disturbing and dangerous. Forcing U.S. contractors to buy only American steel will make infrastructure projects much more expensive and could, if carried out, still invite trade retaliation from abroad.

"If our goal is to create good-paying jobs at home by selling American-made goods and services overseas -- where 95 percent of the world's consumers live -- then 'Buy American' requirements don't make sense," Chamber president Tom Donohue said earlier this month as debate over the stimulus bill heated up.

"If we refuse to buy foreign-made goods, then our trading partners will refuse to buy from us. And since we are the world's largest exporter, who will be hurt more?" he said.

But protectionist sentiment remains strong among many Americans, and it is growing stronger as a result of mounting unemployment and a deepening recession that plays into hands of demagogues who blame lost jobs on trade and the global economy.

This was the mood in 1930 when Congress passed the disastrous Smoot-Hawley tariffs, and other countries responded by shutting down their markets to our exports -- turning a deep recession into the Great Depression.