A Cowardly Lack of Leadership 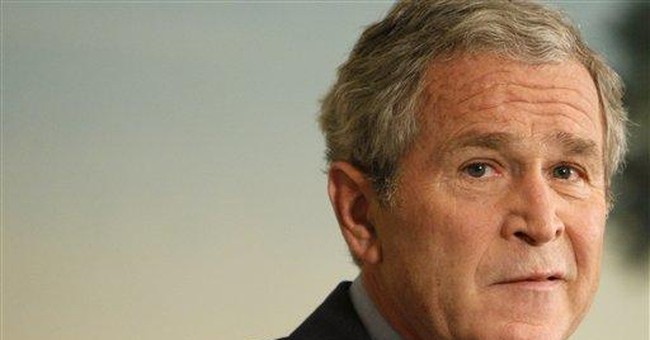 WASHINGTON -- Monday's House vote to kill the bipartisan economic rescue plan was a stunning profile in cowardice, disregarding a mountain of evidence that the U.S. economy is teetering on the brink of the worst calamity since the 1930s.

Credit markets were drying up as businesses found it harder than ever to get loans. Housing values continued to plummet and mortgage debts deepened, threatening to drive more banking institutions into insolvency. Home sales fell to new lows. Mortgage rates moved higher. The economy was shrinking -- fast.

When 95 Democrats and 133 Republicans in the House voted to reject the $700 billion rescue package, Wall Street sent stocks into a nose dive, with the Dow Jones plunging nearly 778 points, the biggest one-day decline in its history.

The U.S. economy was growing progressively weaker and, worse, the virus was spreading into European, Asian and Latin American markets, as banks were failing in Great Britain, Spain and elsewhere. U.S. exports in the global economy were weakening. Imports were down, undermining our trading partners.

And it isn't just the bears that have lost confidence in this financial crisis. Once-bullish Wall Street economists like David Malpass have grown much more pessimistic about our economy -- even if the plan had passed. "We now expect a sharp slowdown that could well be the start of a recession," he told clients last week.

This is the environment in which petulant, economically ignorant House members denied the country's economic problems were really as bad as Treasury Secretary Henry Paulson and Fed Chairman Ben Bernanke said they were.

The ideological and fiscal arguments against the plan on both sides of the aisle were preposterous on their face.

Free-market advocates said that America's free-enterprise capitalist system rewards success and punishes failure, and government has no business intervening in the marketplace to pick the winners and losers. That is unarguable when the economy is working as it should, but when entire economic sectors are failing as a result of a credit collapse or a loss of confidence in the nation's banking and other financial institutions, then it is sometimes necessary for government to step in to restore them. This is one of those times.

Democrats, ever playing class warfare, are portraying this plan as a bailout of rich Wall Street tycoons, when in fact it is aimed at unclogging the blocked credit markets on which Main Street America depends for its survival.

Both sides decry the $700 billion cost, insisting that it will overwhelm the federal budget with a mountain of new debt, the same arguments that were used against the savings-and-loan bailout in the 1980s. But most, if not all, of the debt assets and equity stakes assumed by the Treasury will be sold eventually in the market, and the proceeds will be used to pay off that debt, probably in full. The next administration will be the beneficiary of that debt reduction.

America has been through similar situations like this before, and each time the economy emerged stronger.

The Panic of 1907 is the classic liquidity crisis. With a run on banks and a free-falling stock market, the financial emergency placed the economy on the precipice of collapse. There was no Federal Reserve to come to the rescue then, but investment banker J.P. Morgan and a group of financiers, acting like the Fed, provided the financing that saved key institutions from failing and effectively ended the crisis.

That's what Paulson would do if Congress approves the bipartisan plan now before it.

These are challenges that take political courage to overcome, when, as Abraham Lincoln once said at the lowest point in the Civil War, we sometimes have to "think anew and act anew."

Sadly, political courage was in short supply in the House on Monday. Too many frightened lawmakers were thinking of their own skin, keeping their jobs, and winning re-election, instead of thinking about their country and the well-being of our economy.

Braver souls knew that inaction was not an option. "If I didn't think we were on the brink of an economic disaster, it would be the easiest thing in the world for me to say no to this," House Minority Leader John Boehner of Ohio said. "But I think the risk in not acting is much larger than the risk in acting."

Exactly. Hiding behind Adam Smith and playing class warfare, while the economy is in danger of collapse and credit markets are hemorrhaging, will not get us out of this mess. It will only prolong this crisis and worsen it. And it will be the people on Main Street who will suffer the most from lost jobs, depleted credit and worthless retirement accounts -- not those at the top of the heap on Wall Street.

When J.P. Morgan rescued the U.S. economy in 1907, most Americans believed his actions were part of a dishonest scheme by Wall Street financiers to enrich themselves at the expense of the working class. That kind of cynicism and disbelief is poisoning our body politic today and led to the House's blind, head-in-the-sand inaction Monday that endangers us all.