Dinesh D'Souza
|
Posted: Sep 15, 2021 3:45 PM
Share   Tweet
The opinions expressed by columnists are their own and do not necessarily represent the views of Townhall.com. 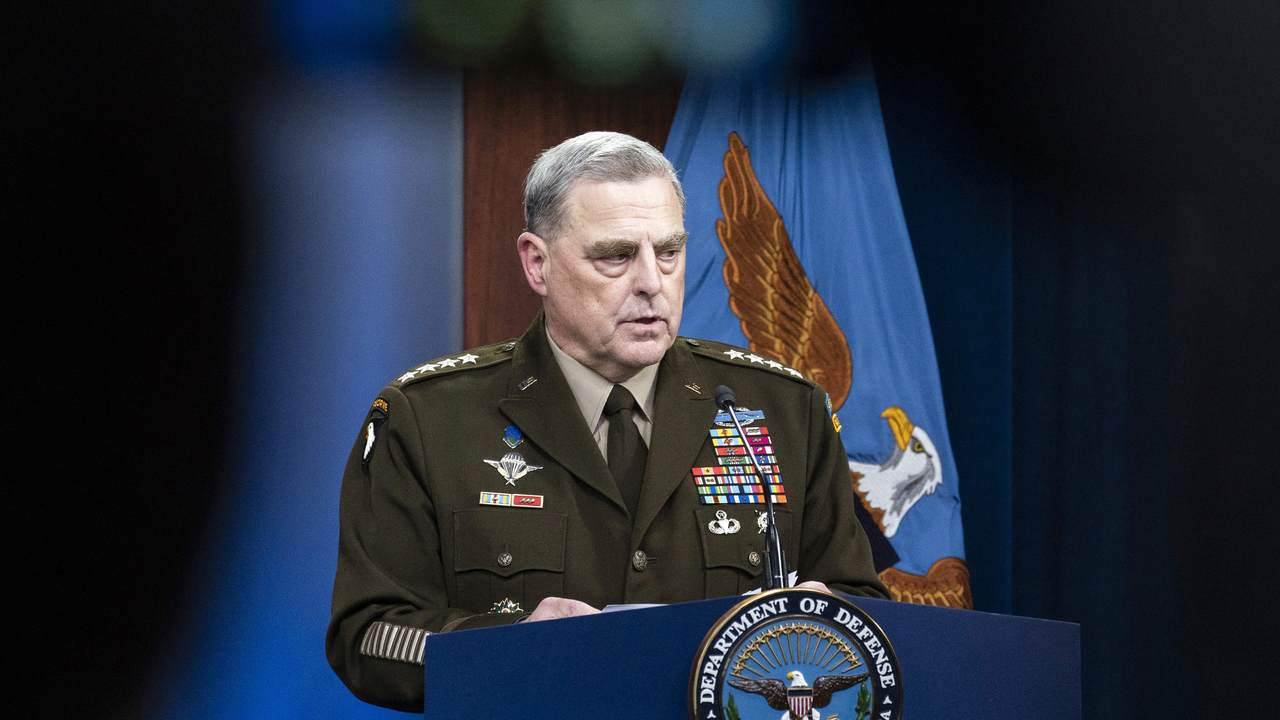 The bottom line of the book, called "Peril," is that for a time, Milly established in America a military dictatorship. He not only went around Trump, he put himself ahead of Trump. And he did this with the consent and collusion of Nancy Pelosi. Now, this seems so staggering in and of itself, but on top of this treason, there is a double treason, namely that Milley, in addition to making himself the commander-in-chief, was in charge, in effect, of the nuclear codes. He was the head of government.

On top of that, he colludes with our foreign adversary – China. He calls up the head of the Chinese military, and he tells them that he will warn them if the United States decides to attack. If Trump gives the order to attack, Milley will tip off the Chinese.

I don't even know what to say about this. It is it is outrageous. It is terrifying. I don't think anything like this has happened before in American history. I don't think the implications can be understated. They are huge. I am thinking that even though the Democrats are working hard to sort of quickly do damage control here, Milley, of course, has not said a word. And the GOP has been largely silent. We can't be largely silent, we have to look at what seems to have happened and think it through.

Apparently, Milley was concerned that President Trump was going to quote go rogue.

All of these generals apparently gave their word that they would not do anything that Trump said without going through Milley. Wow.

Now, Milley, in addition to this, was working with Pelosi hand in hand. And this may seem obvious, "Milley is going through the democratic process."

But no, Pelosi is the head of a different branch of government. Milley is a part of the executive branch. So Pelosi says to Miley, reportedly from the book, "You know, he's crazy," referring to Trump. "He's been crazy for a long time." Now, Pelosi here, this is not treasonous on her part. That's her opinion. She's entitled to say it. But what's interesting is that Milly goes, "Madam Speaker, I agree with you on everything." So Milley is basically saying, "You and I together can sidestep Trump. We can make Trump not the president for a while. I, Milley, will be the president in the meantime."

Then Milley calls General Li, the head of the Chinese military.

He allegedly stated, "General Li, you and I have known each other for now five years. If we're going to attack, I'm going to call you ahead of time. It's not going to be a surprise."

So Milley is sort of telling General Li, "I can't take control of the nuclear codes by myself, but I can at least give you a full warning."

Think about what's going on here."

Now, question number one, how does Bob Woodward know any of this? Apparently, "Peril" is based on 200 interviews with witnesses and firsthand participants, documents, calendars, diaries, emails, and meeting notes. The key point is that Woodward and Costa claimed that they have the exclusive transcript of Milley's call, not only with Pelosi but with the Chinese general. And that's the smoking gun right here. If they can produce those calls, and there need to be hearings, those calls need to be produced.

And remember the Vindman brothers? These were the two guys who were militantly against Trump. Alexander Vindman stated, "If this is true, General Milley must resign. He usurped civilian authority. He broke the chain of command. He violated the sacrosanct principle of civilian control over the military. It's an extremely dangerous precedent. You can't simply walk away from that."

But I think it's much more than a matter of this guy resigning. This is, as I say, not just treason. It's treason twice over.

The point about Milley is he carried the threat out. He put himself in charge of government.

This was the real insurrection.

The GOP Is Expecting Payback Post-2022
Townhall
Chuck Todd asks Nancy Mace about impeaching Biden and gets attacked by the Left
Twitchy
Pollster: Those Polls Might Be Even Better Than You Think for GOP
Redstate
The Trudeau Dynasty: A Political Reset in the Making
PJ Media