Obamacare Means $1,700 More in Insurance Premiums for a Typical Family 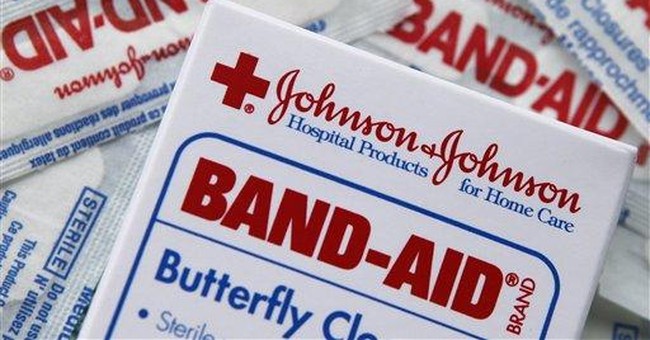 Will a young, healthy, childless individual or couple buy health insurance costing 7.5 percent of their income as required by Obama's health legislation? Not until they get sick. Then, they can always buy the insurance -- and the Obama bill requires the insurance companies to give it to them. And, if the premiums come to more than 7.5 percent of their income because they are now sick, no problem. Obama will subsidize it.

So ... these young households will not contribute to the coffers of any health insurance company until they are sick and need the coverage. By then, their costs will come to vastly more than their premiums.

Who will subsidize the difference? We will.

And who do you think the voters will blame for the hike in their premium? The Democrats who passed the bill.

Supporters of the bill are quick to counter that greater efficiency, etc. will hold down premiums. But they have little to answer the argument that, without higher fines, the young and healthy will not consent to pay an arm and a leg for insurance they don't need.

Any lingering motivation to pay the premiums will disappear once the Obama bill requires insurance companies to cover them when they do, finally, limp in the door, desperately in need of insurance. Why pay now when you can always pay later? And, with a government subsidy, you gain nothing by paying for all those years when you don't need insurance.

So Obama's program turns out not to be one to spread insurance and thus spread the risk of costly illness, but one to make people pay 7.5 percent of their incomes once they get sick, with the government picking up their remaining premium and the health insurance customers paying for the medical expenses. Some deal!

So tote up the cost of this bill on the middle class:

-- $1,700 more in insurance premiums for the average family.

-- Medical devices like wheelchairs and hearing aids get taxed.

-- Those who are sick must pay an average of about $600 more a year in income taxes because the bill raises the threshold for deducting medical expenses from 7.5 percent of income to 10 percent.

-- Ending the subsidized Medicare Advantage insurance for costs over and above Medicare. Without Medicare Advantage, the elderly can only augment Medicare by buying Medigap coverage for which no subsidy is available and whose premiums are higher (offered, conveniently enough, by Obama's buddies at the AARP).

-- No importation of Canadian medicines and no competitive bidding to hold down prescription drug costs (Obama's deal to get Pharma's support and advertising dollars).

-- A shortage of medical personnel and equipment as 30 million new patients are added without any expansion of the population of doctors and nurses. This shortage will make rationing inevitable, even if it shortens life expectancies among the elderly.

And, all of this assumes that the House bill, which imposes a 4.5 percent payroll tax (which will discourage new employment), does not pass -- and that the cost estimates of this program prove realistic. Despite the Congressional Budget Office's concurrence, one can't help noticing that Massachusetts' program was estimated to cost $200 million in 2005 and now costs $700 million!

This health care bill is, indeed, Obama's first tax on the middle class.