From US Helpers in Iraq to Sex Criminals in Colorado 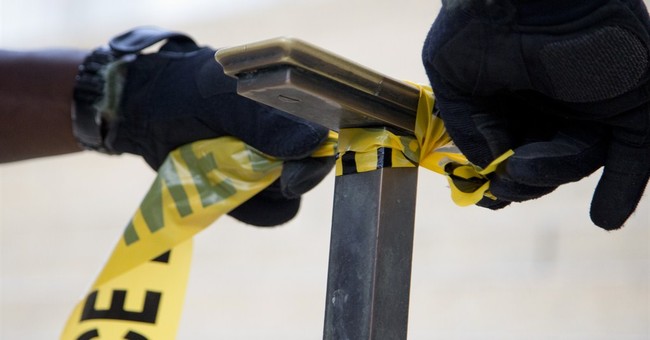 Two Iraqi men in their 20s have been convicted of a bloody sex crime in Colorado that left the victim, a woman in her 50s, in need of immediate surgery and a colostomy bag. Three other Iraqi men, also in their 20s,were convicted on lesser charges as accessories.

Four points set this case apart. First, there is its brutality: Law enforcement officers describe the July 2012 assault as "rare" and "horrific" and "one of the worst in Colorado history." Second, all of these men once assisted U.S. military forces in Iraq as informants and interpreters. Third, every one of them received permanent residency status in the U.S., due in part to efforts made by U.S. military members on their behalf. Fourth, this extraordinary case and the ties that bind it to the U.S. military and the war in Iraq have received little coverage.

Most of what the public knows comes from The Colorado Springs Gazette. The Gazette has reported that one of Iraqi men used to live with a sergeant and his family on a North Dakota farm. Another received help with his visa from a U.S. colonel. Then there is the final defendant, whose case came to trial this month. His name is Jasim Ramadon, and he is the central character, known as "Steve-O," in a war memoir published in 2009 by 1st Sgt. Daniel Hendrex. The book's title is "A Soldier's Promise: The Heroic True Story of an American Soldier and an Iraqi Boy." Ramadon is that "Iraqi boy." Forever young and smiling on the book's cover and once a guest on "Oprah," Ramadon, the Gazette reported, racked up a record of violent behavior in the U.S. He was convicted this week of multiple counts of sexual assault, and faces up to life in prison.

We don't know what Hendrex, or that other sergeant, or that colonel, or the other unspecified military members who helped bring the Iraqis here now think of their proteges, but I wonder. I also wonder whether there are other veterans of Iraq (and Afghanistan) who are concerned about their own sponsorees.

Hendrex writes in his book that after Ramadon came to the U.S. in 2004, the teenager lived with Hendrex and his wife in Colorado Springs -- a few years later the scene of this crime. But then Ramadon went on to live with another family. Had there been trouble?

In 2012, following Ramadon's arrest, The Gazette sounded a note of disharmony: "At home, things weren't going as well as the publicity indicated, Hendrex said in 2006, especially after he redeployed and the boy was left in his wife's care. Because of cultural differences, Ramadon had difficulty being in a house run by a woman. A psychologist recommended that he live somewhere else, with a family without military connections, he told The Gazette. 'You had this vision of how you want this to work out, and when I had to go back to Iraq, it really was tough to hear that things weren't going well,' Hendrex told The Gazette."

It sounds as if young Ramadon had to leave the Hendrex house because he was unable to behave respectfully with the wife of his sponsor, his mentor, his lifesaver. Then again, maybe Ramadon was behaving himself -- but according to Islamic teachings that relegate women to inferior status. The "difficulty" young Ramadon had in "a house run by a woman" very likely fell within the norms of Islamic-Iraqi society. Indeed, Ramadon could have adhered correctly to the dictates of sharia (Islamic law) and also appeared -- to a Western man and woman, that is -- to have "had difficulty" with Hendrex's wife. It's easy to imagine a hundred scenarios short of the crime Ramadon later committed that might have led to him and the Hendrexes parting ways. Call it "cultural differences" vs. "this vision."

The problem, then, isn't "cultural differences." The problem is the "vision" that blinds a man like Hendrex to fundamental impasses between Islam and the West over the status of women, over freedom of conscience and freedom of speech. Such "differences" should have scotched the de facto immigration policy Hendrex and the other unnamed military members made on the fly to launch these five Iraqis in U.S. society.

While it's easy to imagine the gratitude the soldiers might have felt toward Iraqi helpers, immigration policy isn't a buddy movie. Then again, our lawmakers are similarly heedless when setting immigration policy. They are all afflicted with the same "vision."

That's what happens after a more than a century of Utopian drip, drip, drip -- Marxism, Leftistism, socialism, liberalism, progressivism, globalism -- all of it coursing through our nation's veins, disabling the body politic to an indefensible point of paralysis.

Islam and the West are interchangeable, this "vision" tells us. Just insert a ballot box on the end of a bayonet and dump a billion dollars worth of recreation rooms and air conditioning units on every outpost in the Islamic world, and, presto -- the House of Burgesses! Goodbye, sharia, and hello, Bill of Rights! Hello, religious freedom, freedom of speech, the works.

Stateside, "Steve-O" will be just fine with the wife because Hendrex, the military and government officials all have "a vision of how you want this to work out." And if it doesn't work out, just send Steve-O on his way.

These same visionaries now want the U.S. to admit 20,000 or 30,000 Syrian Muslim refugees. Why not? No one will ever notice the "cultural differences."

At least, few will talk about them, and even fewer will take them seriously at the national level -- regardless of the peril these fundamental religious and cultural impasses pose for peace and freedom inside our borders.