How to Get New Drugs to Consumers Faster and Affordably

Devon Herrick
|
Posted: Oct 25, 2016 12:01 AM
Share   Tweet
The opinions expressed by columnists are their own and do not necessarily represent the views of Townhall.com. 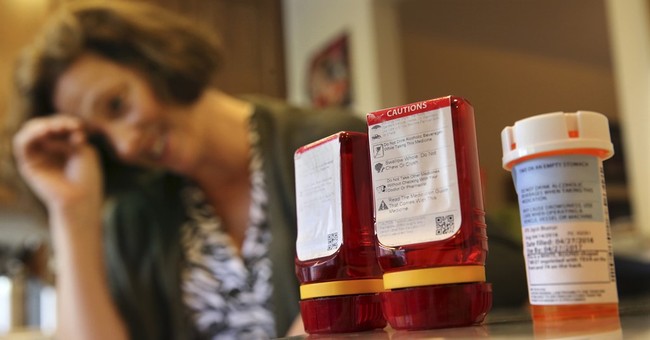 House Minority Leader Nancy Pelosi actually agrees on one thing with Speaker Paul Ryan and Senate Majority Leader Mitch McConnell. All three support the 21st Century Cures Act. There is no word about whether Pelosi has actually read the bill. Maybe she wants to pass it to find out what’s in it, as she said several years ago about the Affordable Care Act. However, she presumably understands the purpose of the bill is to boost access to advanced drug therapies by making it easier to bring them to market.

A little background: Nearly 90 percent of the drugs Americans take are generic drugs -- most of which are cheap, costing as little as $0.13 cents per day. However, the cost of a few of the remaining 10 percent would make your mortgage look cheap. Many new drugs are made from living organisms. They are difficult to produce and even harder to get approved. After spending $1 billion or more to gain U.S. Food and Drug Administration (FDA) approval, drug makers have an incentive to charge as much as they can. What makes this possible?

2) It is also difficult and costly for a competitor to get a similar drug approved.

Bingo! Each newly-approved drug is a license to print money for a limited period!

Some drug makers -- such as Mylan who makes the EpiPen -- appear to be testing the limits for how much they can charge. However, rising deductibles have made it more difficult for drug makers to disguise high prices. In response to public scrutiny, Mylan (and a few other drug companies) have blamed “The Middlemen.” Middleman is an old boogeyman that all consumers have heard of. If a big retailer wants to convince customers its products are cheaper, it claims “we’ve cut out the middleman.” In the case of drugs, cutting out the middleman is sometimes done to charge higher prices -- as serial price-gouger Valeant Pharmaceuticals has shown.  In Congressional testimony, Mylan’s CEO tried to blame drug plan managers for jacking up drug prices. Pharmaceutical benefit managers (PBMs) are really just administrators. Insurers and employee health plans hire PBMs to manage pharmacy benefits and adjudicate drug claims for plan members. They do their best to hold down drug prices for plan sponsors (their clients) which occasionally makes them unpopular with drug makers and pharmacy owners.  Blaming the middleman is a straw man. Drug makers set prices for their products. A better way to help drug makers earn more money while forcing them to compete for customers is to inject more competition to the drug market.

For example, what if it didn’t cost $1 billion to bring new products to market and new drugs had numerous competitors? With competition, high prices -- such as prescriptions that cost $2,000 per month -- would be impossible for drug makers to maintain. Competition works great in that regard.

The 21st Century Cures Act would streamline the approval process for new drugs by allowing drug makers to take patient experiences into account and allow the FDA to consider aggregate anecdotal data as evidence. Rather than being limited to double-blind clinical trials that are rigid and costly, pharmaceutical companies could also track patient experiences and test out drugs’ effects using Big Data.

Allow me to provide an anecdote. In the 21st Century (that would be 2016), Netflix, Amazon and Match.com seem to know which movies you will enjoy, what products you want to buy and which other members you are likely to find attractive. These firms learn this using data analytics by tracking consumers’ viewing, purchasing and clicking behaviors -- without even meeting you. But under current law the FDA can only approve a drug the old fashioned way (i.e. based on 1962 regulations weighed down by 50 years’ worth of additional bureaucracy).

What if drug companies could use some of the same data analytics at Netflix, Amazon or Match.com? What if the FDA bureaucracy was less rigid and less costly to comply with? These are all things that would boost competition allowing drug makers to bring more products to market. An additional benefit would be prices that don’t break the bank!