I Was Wrong About the Olympics

Derek Hunter
|
Posted: Aug 09, 2021 12:01 AM
Share   Tweet
The opinions expressed by columnists are their own and do not necessarily represent the views of Townhall.com. 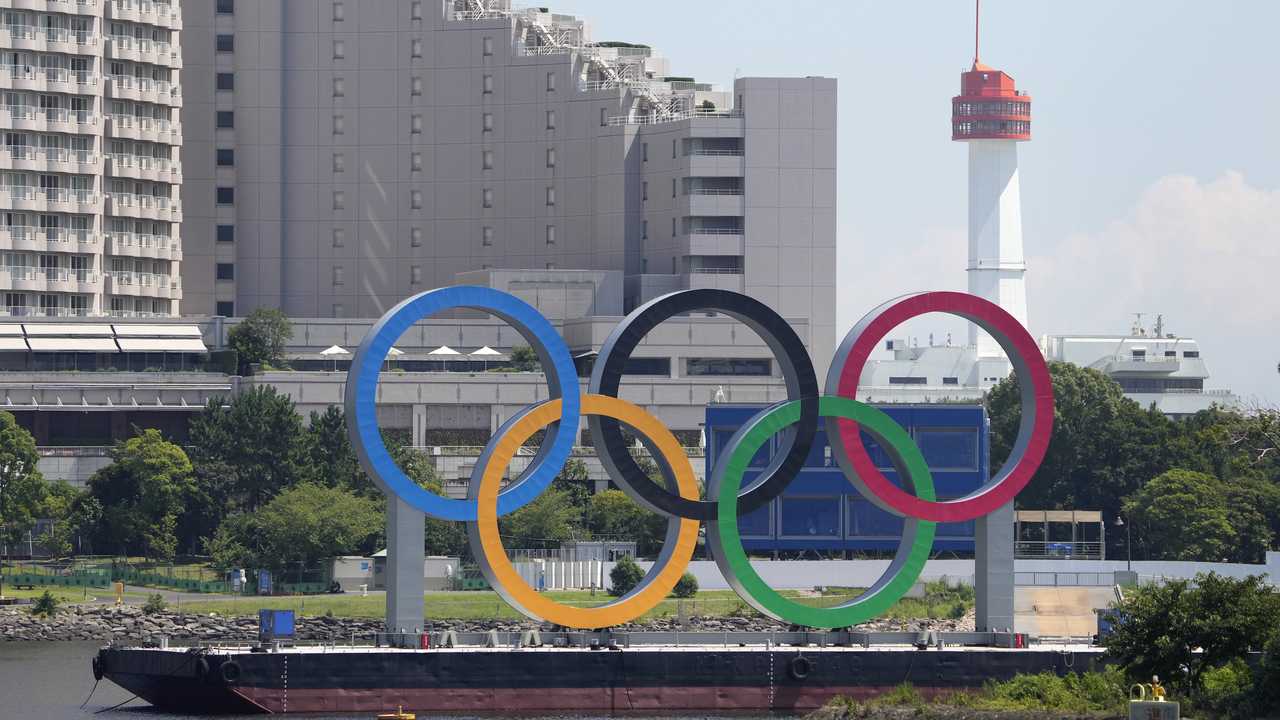 It doesn’t happen often, but on the rare occasion when it does I have to admit it – I was wrong. Well, I was sort of wrong…about the Olympics. They weren’t woke, at least not completely, and it’s likely that NBC and the media in general are none too happy about it.

I was concerned that the Olympics would be a non-stop woke-a-thon, with medalists using their moment in the Sun to be annoying leftists in a never-ending swirl of people trying to out-woke whatever the person before them did. That didn’t happen.

There were a few “protests,” but nothing like what could have been. Not because Americans didn’t win medals, but because non-leftist Americans won them.

Leftists tried – USA Today reported Gwen Berry, the idiotic weirdo with make-up out of a rejected circus clown college, “entered the Olympic Stadium Tuesday night by raising her right fist not once but twice, several seconds apart, to announce that she of all people would be taking advantage of the International Olympic Committee’s relaxed rules allowing freedom of speech prior to the start of play.”

While Berry’s lost was complete and humiliating, not even making the top ten in her event, others didn’t win but were still awarded medals. A fencer named Race Imboden was part of the team that came in 3rd, getting a bronze medal. True to form as someone who couldn’t allow others to have their moment in the spotlight, Imboden had to make it about him.

So did Raven Saunders, the husky shot putter who lost the gold but still made the podium and used someone else’s triumph to grab the spotlight for herself by raising her arms above her head to form an “X” in protest.

I honestly don’t know what either of their issues are, nor do I care. I’d have a slightly different attitude toward the concept of being a jackass on the podium if they’d won, but they lost. It’s a sign of their arrogance and indifference toward being a decent human beings that they felt compelled to make the culmination of someone else’s life-long work about themselves. I couldn’t imagine doing that. I could almost understand if they’d won, they’re on the top getting the gold, and decide to take a giant dump on their accomplishment, well, they’d only really be upstaging themselves. But these were someone else’s moments, someone else who spent their whole lives working for that victory and is better than they are.

It’s really an awful thing to do, and why the ratings were in the toilet for the games.

It wasn’t all a total bust, the US Women’s Soccer Team lost the gold, only getting the bronze. As I said at the time, it’s a weird feeling to root against any US team, but they are such annoying people that it was easy.

On the plus side, those Americans who did win at the Olympics were actually proud to represent our country. The swimmers, divers, and track and field stars all teared up at their accomplishments and expressed gratitude for this country’s support. They waived the flag and honored the national anthem.

The woke went to Japan fully expecting to dominate and came up not completely empty, but hallow. And the world is a better place for it.

The United States leave Tokyo with a bunch of medals and a new hero - Tamyra Mensah-Stock. The gold medal winning wrestler, whose video of her beaming with pride over her victory and her love of America went viral, should be on Wheaties boxes, cans of pasta, car dealerships, computers, and pretty much everything else that has endorsement possibilities. Sadly, she likely won’t be.

Corporate America is quick to embrace left-wing, anti-American athletes, they’re not so interested in the opposite. It’s a shame, but it’s true. Mensah-Stock plans to use the money she made from winning the medal to buy her mother a food truck. She should be able to buy her mother a fleet, or a restaurant. That she likely won’t be able to is a testament to the what the left has done to this country and the real discrimination rampaging across the US.

As we say goodbye to the Olympics, hopefully the next one will be the one where pro-Americans reap the benefits generally reserved for those to make themselves into a clown show. We can hope.