The Dumbest Thing I’ve Ever Seen

Derek Hunter
|
Posted: Mar 18, 2021 12:01 AM
Share   Tweet
The opinions expressed by columnists are their own and do not necessarily represent the views of Townhall.com. 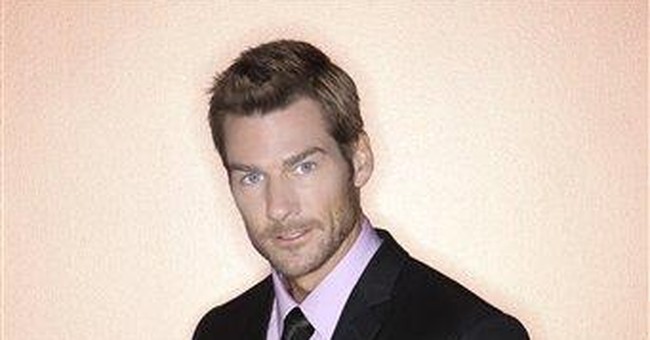 People throw around the word “hero” pretty liberally these days, but rarely is it used so accurately than now as I apply it to myself for having forced myself to watch the final episode of The Bachelor on ABC Monday night. And I did it without alcohol or having lost a bet, I did it to see what all the woke-whining hype was about because the woman who “won” attended an antebellum-themed party in 2018 and is white while the bachelor is black. Needless to say, it was dumber than I could have possibly imagined. Please, no applause (just send cash).

First off, I don’t know these people’s names. As I watched I was too in awe of the wokeness that was unfolding before me to make note of it, and I couldn’t care less about any of these insufferable people so I didn’t bother to write them down. It doesn’t matter anyway, since liberals judge everyone on their jobs, gender, sexuality, and skin color, why muddy everything up with names?

Also, as I mock these people please note I only know the basics of the show – one man or woman with a harem of the opposite sex to choose from to allegedly find someone they want to marry. And they eliminate the people they have to choose from each week by giving them a rose or not. If you’ve never seen it, you now know what I knew before watching.

It was reported some weeks ago that the Bachelor and his final rose victim were embroiled in controversy because she’d attended an antebellum-themed party three years earlier, long before either of them knew the other existed. As a normal person, you are probably wondering why anyone would care that someone they claim to love went to a party with a vaguely pre-Civil War south theme in the south three years before they met them, and you wouldn’t be wrong. It’s as crazy and stupid as it seems.

The bachelorette was young then, she’s still young now, and was attending a party. One has to wonder what events the bachelor and all the other contestants attended when they were younger. But 2021 is determined to un-seat 2020 as the dumbest year on record, so here we are.

Once photos from the offending event “resurfaced,” as they say, on social media of the bachelorette not only attending the party but enjoying herself, not lecturing all attendees about the evils of their enjoyment of a party, the mob went into overdrive. If you believe the reporting, she was labeled a racist and issued a groveling apology.

If she’s a racist, she is really bad at it. I know the definition of racism has evolved to mean anything a Democrat doesn’t like, but I know of no definition of the word that would involve the “racist” falling in love with someone of the race they supposedly actively are racist against. I’m just not woke, I guess.

Anyway, once the crime of the century was discovered not only did the bachelorette self-flagellate, the bachelor issued a woke statement announcing his disappointment with the woman he supposedly loved. The host of the show defended the bachelorette in the tamest terms possible, basically saying this young woman shouldn’t have her life destroyed for attending a party a few years ago, and was quickly canceled himself because his skin color did not conform with what leftists found acceptable for having that opinion.

In the final episode, which was taped months earlier, the two professed their love for each other, and while they didn’t get engaged, they rode off into the sunset looking forward to building a life together that would lead to marriage.

Then the party “resurfaced.”

In the “reunion” show, the host had been replaced with a new host who was appropriately outraged by the alleged racism, and much of the discussion with the participants centered on their feelings about it all. None of it seemed believable because it’s so absurd. The couple, so in love not that long ago, had broken up because the bachelor claimed the bachelorette needed to get woke all on her own, he couldn’t be a part of it (for some reason).

I’ve been through and witnessed a lot of break-ups in my life for really dumb reasons, but this was the first “You attended a party with a theme Democrats now deem offensive years before I knew you existed” break-up I’ve ever heard of. The bachelorette cried, apologized, admitted her “sins” and promised to keep “working on herself,” whatever the hell that means.

For his part, the bachelor said he didn’t see a future with the woman he claimed to have loved more than anyone he’d ever known because her “work” needed to be done by her alone.

As a cynic watching this garbage I couldn’t help but think they meant none of it. She was saying what she had to say, but didn’t seem to think she’d committed history’s greatest crime against humanity. He clearly didn’t really have feelings for her and seized on this as his opportunity to get out of it without coming off as the bad guy.

Meanwhile, the substitute host kept harping on how wrong it was for her to have attended a party the woke mob didn’t retroactively approve of and treated the guy who dumped her over it like a victim. It was pathetic.

I don’t know how people watch these shows to begin with. I’d seen bits and pieces of it before, but had no idea how stupid it all really is. I also had no idea how far down the woke rabbit-hole our culture has fallen. But crawling out involves the first step of turning away from this garbage.