Democrats Are Trying to Ruin the Military

Derek Hunter
|
Posted: Feb 18, 2021 12:01 AM
Share   Tweet
The opinions expressed by columnists are their own and do not necessarily represent the views of Townhall.com. 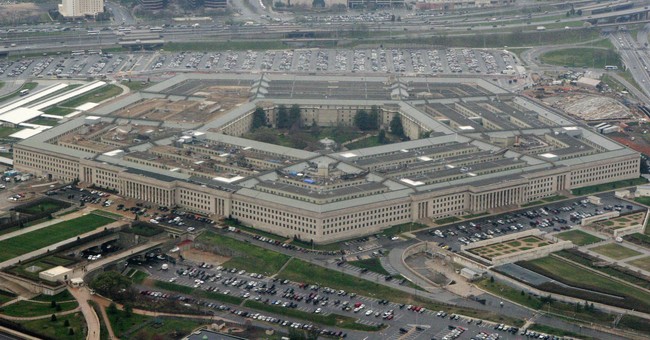 One of the things I remember hearing Rush Limbaugh say repeatedly back in the day was that the point of the United States military was to “kill people and break things.” The beauty of that statement was that it was simple, to the point, and undeniably true. If I remember correctly, this was during the Clinton years when the left started meddling with the mission of the military to incorporate their social agenda. That push was just getting off the ground in the '90s, and now Joe Biden is giving it wings. Where it goes from here is disturbing and detrimental to the very purpose of the military itself.

The U.S. military is the ultimate meritocracy, or at least it used to be. It didn’t used to matter what color your skin was, your rank, your job and how well you did it was all that mattered. Thanks to Democrats and their obsession with, and weaponization of, race in the country, skin color will be all that matters soon.

The U.S. Navy formed something called “Task Force One Navy” last June, as the left-wing social agenda crept even under Republican presidents. Last week, they issued their report on making the Navy more “inclusive” by treating people differently based on their skin color.

As part of their report, the Navy included something called the “TF1N Pledge.” What is in this pledge is the essence of modern progressivism and will, unless something dramatically changes and Democrats either wake the hell up and resist their radical flank or lose power, destroy the greatest military the world has ever known. (You can read the report here, the pledge is on page 10.)

The pledge starts, “As a key member of Task Force One Navy I will invest the time, attention and empathy required to analyze and evaluate Navywide issues related to racism, sexism, ableism and other structural and interpersonal biases.”

There is no evidence that racism, sexism, ableism (discrimination against the disabled), or anything else Democrats can dream up is prevalent in the Navy, or the country, for that matter. Yet rooting out the left-wing boogieman is now a priority. Not protecting the country, doing their duty, or anything crazy like that, but chasing down anyone insufficiently woke who dares try to serve the country.

Next comes, “I pledge to be actively inclusive in the public and private spheres where I live and work, and proactively encourage others to do the same.” Maybe they should change the name of the Navy to the Karen.

Then we have, “I pledge to advocate for and acknowledge all lived experiences and intersectional identities of every Sailor in the Navy.” Members of the Navy are expected to “advocate” on behalf of left-wing identity groups? The thought police have come to life. What if someone’s religious beliefs conflicts with this edict? Does it even matter?

“I pledge to engage in ongoing self-refection, education and knowledge sharing to better myself and my communities,” it continues. The thought police have moved into the heads of the military. How do you enforce this? What is the punishment for violating it?

Then comes, “I pledge to be an example in establishing healthy, inclusive and team-oriented environments.” Serve the machine, pledge yourself to the left…or else?

The last part of the pledge reads, “I pledge to constructively share all experiences and information gained from activities above to inform the development of Navywide reforms.” Obey the machine, do not resist the machine. Every aspect of your life is now subject to reporting and, if found to impure or insufficiently “woke,” then what?

It’s disturbingly clear that the political left in this country is attempting to turn the military into one big college campus. What are the consequences if they succeed? They’ve already got actual campuses, they’ve got the media, they’ve got Hollywood, the music business, even the corporate world went from bowing to the woke mob to actively self-policing and chasing out the impure.

Where does it go from here? Can you imagine where it’s going being anywhere good for the defense of the country? Because I surely can’t.